A Wheat Field In California

Modesto, in Stanislaus County California, began in a wheat field in the 1870s, built by the American railroad industry. The county is one of several that make up the Central Valley area of California. The city is home to over 208,000 people and the county is comprised of over half a million. The population is largely white and Hispanic (50% - 40%).

In the 21st Century, Modesto is part of the larger Stanislaus County Enterprise Zone (EZ) through the year 2020 in order to encourage new jobs and businesses to develop.

As of mid-2008 the EZ has been quite successful. Within Modesto itself, a Local Incentive Program offers tax and utility discounts and waivers to new businesses and expansions of employee bases via new job openings. 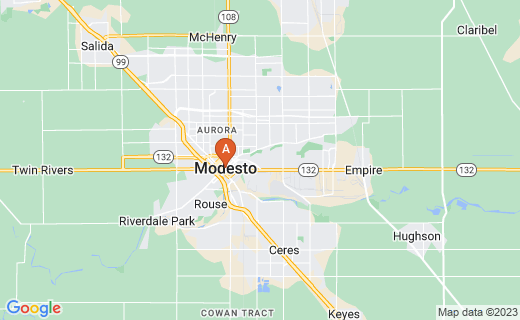 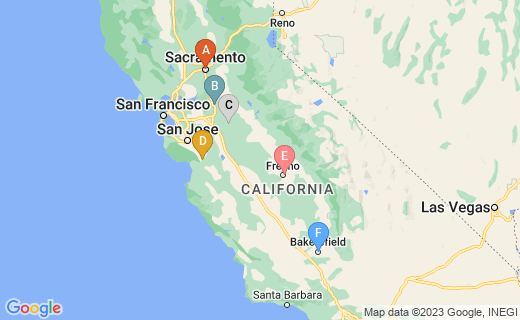 The 10 occupations with the most new openings include Healthcare, sales, Tourism and Hospitality, Skilled Labor and management.

The county library system includes 13 branch libraries, a large branch located in Modesto at 1500 I Street and open six days per week.

Special programs are offered at all branches for children teens, and older adults aged 55 and up. In addition, a large online database of research and special interest is avaiable through the library home pages at StanislausLlibrary.org. Computer literacy classes are also offered free, throughout the year at specific locations.

George Lucas set his milestone film American Graffiti, in Modesto California and it is honored there with a special installation.

Somewhere in hiding lie an unrealized 100 minutes of the film that landed on the cutting room floor. We may always wonder what footage we missed of the famous stars such as Harrison Ford, Richard Dreyfus, Ron Howard, Cindy Williams, Mark Hamil, Suzanne Somers and others, including Wolfman Jack (sorry we lost you in 1995, Jack - you're missed!).

Speaking of Rock and Roll and Hollywood, Lloyd Thaxton of the 1960s Lloyd Thaxton Showout of LA is still living at this writing and has his own Blog, including some great cartoon strips he likes. Sonny & Cher and a lot of other talent visited his how. Go visit him -- LloydThaxton.

During The Great Depression, no financial institutions in Modesto (Spanish for modest) failed or closed. The town remained secure economically, with less than 1% of other businesses closing down during those years.

The city today is lively in music and the arts, with a fine arts museum an 80+ member Symphony Orchestra that is well supported by the attendance, and a championship winning band.

Modesto is recommended as a good place to raise a family, relocate for a mid-career change, and to retire or even work during retirement in what is becoming popularly known as "encore employment."

Jobs and careers opportunities are available through the websites of Modesto hospitals and other healthcare facilities. As the Baby Boomers age and pass on, the Millennial Generation of roughly the same size will repeat the pattern up through 2100 AD, likely living even longer and requiring care.