Best Places For Photos In America

The famous Aerial Tramway in Palm Springs has been chosen by a consumer survey on StoodThere.com as the Number 5 Greatest Place to Stand in America.

This is fifth place out of 100 beautiful or thought-provoking places chosen by vacationers while snapping shots of locales around the nation.

The top 100 places were chosen by votes from the public, who tagged the most interesting, thought-provoking places in their experiences in the USA. Interestingly, these 100 places are not only great cities for camera shots, but also good places to visit and to work. Many are fantastic places to retire, and a good number have some of the top colleges and universities in the country..

A few visitors added their photos to that city's site on the Stood There web page, so if you have one to add, it would be in good company.

According to Census2010, Palm Springs was home to over 48,000 people, incr4easing nearly 13% since 2000. This is a sizeable increase in residents. Two things are sure to be seen in and around Palm Springs - palm trees and wind farms. It's a desert resort town that concentrates on sustainability as well. 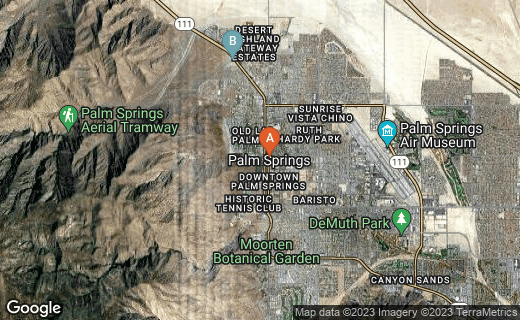 This tramway biils itself as the home of the world's largest rotating tram car. It began as a struggling vision of an elecrical engineer in 1935, but was not opened until 1963, almost 30 years later.

This forward looking engineer was Francis Crocker and the local media ridiculed his idea of a tramway up the Chino Canyon wall in 1935. Not only that, but the then-Governor of California vetoed two bills that would make the tramway possible.

In 1950, the opportunity arose for the tramway to be funded by a private sale of bonds, rather than by using public tax money. Begun in 1961 with the help of helicopters, the route was designated as a Historical Civil Engineering Landmark around 1981.

Read more about the Tramway and purchase tickets online at the link below.

The tram runs every half hour from the Coachella Valley floor near Palm Springs Canyon Drive up to Mt. San Jacinto State Park, which is a wonderful California State Park that has survived staewide park budget cuts and threats of shutdown in the 2000s and 2010s.

This widerness park includes 54 miles of hiking trails and 14,000 acres of landscape, native plants, and wildlife. A Natural History Museum is located near the tram's Mountain Station and a variety of summer and winter activities are always scheduled.

Mt. San Jacinto State Park at the Top of the Tramway 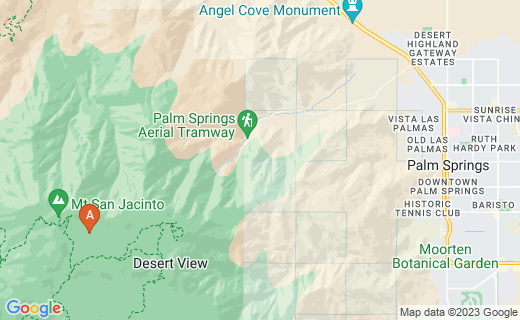 The Park at the Top of the Tramway: youtube/superglou

The name for Palm Springs is thought to original for local Native American words for "hot bubbling water", which would be hot springs. The Indigenous people are now the Agua Caliente Reservation. In fact, the people of these combined groups form the largest single landowner in Palm Springs.

One of the oldest operating hotels here is the Agua Caliente Bathouse ("Hot Water Bathhouse"), opening in the 1880s.

In addition to this place, dozens of resort hotels are open for business, most having been constructed in the 1930s. 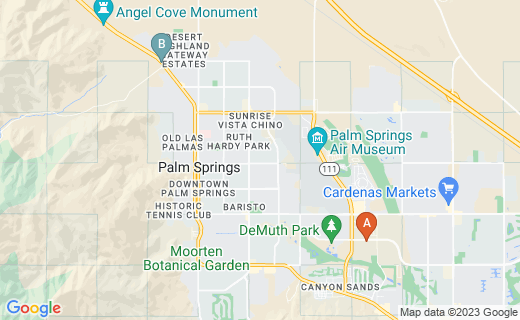 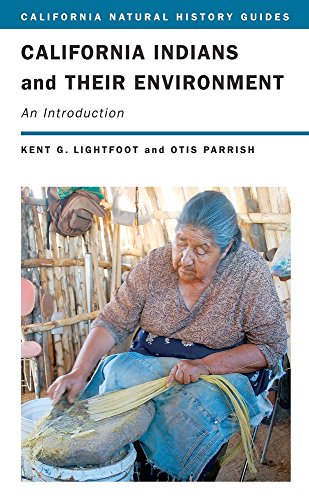 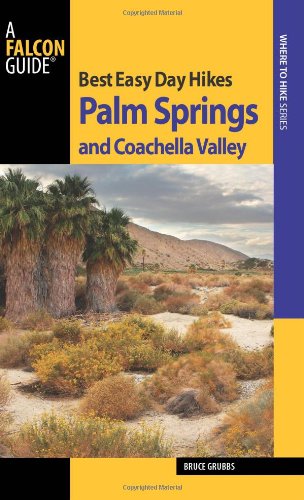 The Agua Caliente ("hot water") Band of Cahuilla Indians is indigenous to this area of 2,000 square miles of California, actually made up of the remnant descendants of nine groups or bands of Native American Peoples. They settled around a hot springs that eventually brought some of the first medical tourism to California in the early 1900s. From there, the area became a resort and a Hollywood film locale.

The larger band of Agua Caliente is a full-fledged government recognized Tribe or Nation that owns two successful hotel-resorts, one golf resort, and a concert theater recognized throughout the southern part of the state and called The Show. Lands on this reservation comprise many upscale retail and residential properties, while plans for future development and historic preservation assure ongoing creation of wealth in a large tourism center.

The band operates a free museum with an extensive research library, but a new 110,000 sq. ft. museum is under green construction in the center of Palm Springs in the 2010s. A number of indoor and outdoor activities and events already occur in conjunction with the current museum and a dedicated annual film festival is very popular. Development seens endless and the area is well worth a visit.

Many job openings in the Palm Springs market area are in Travel and Trouism and Healthcare. These were largely in licensed Healthcare positions and Tourism activities like retail sales, food service, and hotel-resort jobs that include the hotels of the local Native American business enterprises of the Agua Caliente. This area of the country is also popular for retirees that require the same healthcare, sales, food, and related services.

Approximately 9,000 job openings were listed, with the following employers the major hiring companies: