New Mexico is one of the US states that is working full force in Santa Fe and other major markets in the cause of the Sustainability Industry and the new jobs that it produces.

An exciting fact is that in the 2000s, collaborations among NM's universities, vocational schools, private sector businesses, and government agencies have produced new services and technologies that blossomed into new jobs. These postitions began replacing others lost in the 2008 - 2009 Recession and will continue to grow in the coming decades. All this has influenced Sustainability Education in K-12 and community learning centers.

The City of Santa Fe is the County Seat of the county of the same name in the Southwest state of New Mexico. In addition, the city has been awarded a position on the list of Top 30 Cities for Jobs in the US by CareerBuilder.com and has been recognized by several economists, trade magazines, and financial organizations (see next section).

An exanding metro area in terms of population and economy, the Santa Fe Metro Area was home to nearly 80,000 people at the end of 2008, The unemployment rate in December '08 was 3.9%, compared to over 7% nationally. This area unemployment rate is still a low level, particularly under 4%, indicating that the employment market is holding a pot of unfilled jobs that are waiting for good job applicants to claim them.

The average weekly wage workers in this are during the 2nd Quarter 2008 (ending in June) was over $700.00, or about $17.65/hour and over $36,700 annually in a full-time position. As with other Top 30 Cities, standard of living is relatively high while cost of living is lower than among many other communities in America. Educational opportunities are phenomenal in this area, while the crime rate is comparatively low. A rich multicultural history and natural beauty not only attracts Travel and Tourism dollars, but also provides interesting choices for free time activities in Santa Fe. 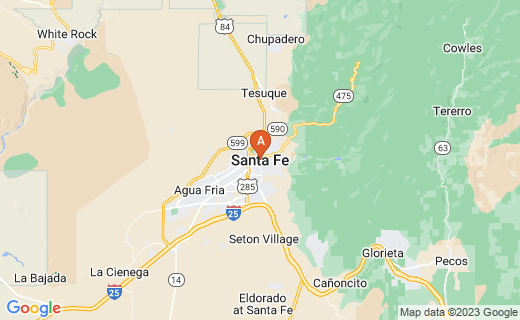 The Most Often Listed Job Openings in Santa Fe

The following list of jobs contain those most often listed because of any of the following conditions: 1) Lack of qualified personnel available, 2) High turnover rate, 3) New job creation.

Jobs in highest demand long-term include:

The leading and most successful industries in the Santa Fe region include Educational Services, Healthcare, Social Services, and the Tourism & Travel Industry.

Many of the largest Santa Fe employers are among the largest 50 in the State of New Mexico:

The Santa Fe area is home to a greater number of choices for higher education than available many cities around America. It offers even more colleges, universities, vocational schools, and technical schools than most of the other cities on the list of Top 30 List.

An updated listing of school includes:

Going Green in the Southwest

See the following link for information about the first School of Sustainability in America and other degree granting green education programs in the Southwest (Arizona, New Mexico, Oklahoma, and Texas):

EcoVersity has developed an Alternative Energy Park in Santa Fe, one of the first in the nation. The park includes solar-photovoltaic, solar-thermal, wind turbines, and 'living green algae machines' that work algae into oil as 1) biofuel and 2) food - blue green algae spirulina is useful for animal and human foods.

The energy park is supported by the work of students that are supervised by professor Alfonz Viszolay, a Hungarian engineer and inventor. He is a leader in the field of algae-culture and environmental reclamation. The Ecoversity Alternative Energy Park opened during Spring of 2009 and to schools K-12 and postseceondary, and other educational facilities for programming, teaching, and hands-on project based learning - the most effective type of learning.

Beekeeping is the focus of another course and project. EcoVersity TV programs are available at the website at http://www.ecoversity.org/Ecoversity_TV.html. In addition, the website offers links and resources to other organizations and materials in the quest for sustainability.

Environmental jobs available around the world at StopDoDo.com.