Attractions and Opportunities Near Kansas City In Lee's Summit, Missouri

Fresh Perspective in an Expanding City

Lee's Summit, Missouri is the fastest growing city in state, owing in large part to its Downtown Master Plan developed and implemented by the City fathers, Chamber of Commerce, a proactive economic development company, and a vital Downtown Association.

This is maintained through partnerships with local businesses, successful workforce professionals, and effective educational facilities. Therefore, the city has been named on the Top 100 Cities in America list.

In mid-January 2015, job openings had grown to over 47,000 positions advertised and the population rose over 90,000 individuals. By mid-February 2015, the number of advertised jobs had reached over 54,000 openings.

New Development in the City Awarded

All this new development was highlighted in 2010 by BusinessWeek,a Bloomberg publication. At least 50% of the city's downtown residents have migrated into Lee's Summit for work and education only in the preceding decade, resulting in the fast growth rate. In addition, the city is located just 20 miles southeast of Kansas City Missouri, with its additional business and attractions.

Most growing towns and cities in the US maintain and develop their downtown districts for historical preservation and registration of buildings in the US National Historic Register of Places, and to combine business and residential buildings into a town-within-a-town. In fact, This Old House Magazine ranked Lee’s Summit on their annual list of Best Old House Neighborhoods 2010.

Downtown business association member companies usually partner and collaborate in a series of ongoing yearly events that keep a heightened interest in their community that draws new residents, businesses, and travelers every year - with lots of repeat business.

College towns are also more successful than some other places in America, and are less impacted by economic downturns -- Colleges and universities help to create jobs, bring students and families to the city, and draw from grant funding sources in order to hire additional research and teaching faculty and to create those new jobs in partnership with business through internships, job shadowing; and practicum development.

The Lee's Summit economy is supported by Downtown Business as well as a Shopping Mall at Fair Center, Healthcare, Retail and Wholesale Sales (including Financial/Banking), and Restaurants/Food Service.

In the Spring of 2010, over 26,000 job listings were available in Lee's Summit and its neighbors of Kansas City, Missouri and Kansas; Independence Mo; and Lenexa and Overland Park Kansas.

Many of the Top 10 Jobs are involved in 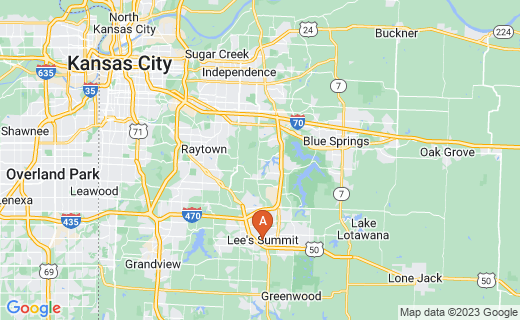 Motto: Style for your life.

RED Development completed construction and opened Summit Fair Mall. Summit Fair is advertised as an outdoor (open-air) lifestyle shopping center and is found southeast of the junction of highways I-470 and US 50 at a major highway interchange in Lee's Summit. Merchants in the mall include a wide range of middle and upscale retailers and other signed tenants. A few are:

Lee's Summit is northwest of the James A. Reed Memorial Wildlife Area public park and recreation site. A municipal airport and Unity Village are in the north part of the city and a number of lakes surround the city for outdoor recreation and camping opportunities.