Shawnee, Kansas: One of the Top 100 Best US Cities

A Major Crossroads in the West

The lands that became Shawnee, Kansas formed a hub of government and a center of native religion among the Shawnee people and the Osage Nation before them.

Native American trails developed through the efforts of traders and new settlers in the 1800s to become the Oregon, California, and Santa Fe Trails; followed by wagon trains and then the American railroads along the same troutes.

The icon for business growth in Shawnee and Johnson County is likely Bayer and Bayer Animal HealthCare, featured as such a leader the Shawnee Chamber of Commerce. Other major employers of Shawnee and its metro area, Kansas City, are listed in sections to follow.

Shawnee has been named to the Top 100 Best Cities to Live in America by CNNMoney during several years and holds fast to place in the Top 20. 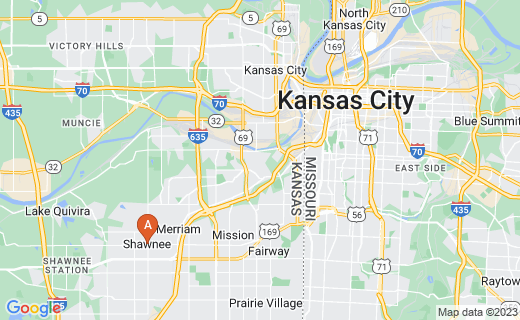 Kansas City crosses state boundaries to cover property in both Missouri and Kansas. It includes suburbs on both sides of the state line. Shawnee is a Kansas City suburb on the southwest side of the larger metro area and on the Kansas side of the city.

Native Americans have lived on both sides of the state line in this areas as well. The Missouri group of Shawnee Nation among Native North Americans is called the Absentee Shawnee Tribe. The larger part of this Indigenous nation moved into what was Spanish-owned Texas at the time and later, into Oklahoma and another city called "Shawnee."

Other Shawnee native people remained in Kansas, near what is now the city of Shawnee. Considered part of the Cherokee Nation, they received independence and became the Shawnee Tribe in the year 2000. In turn, the Cherokee are related to the Mohawk Nation in the Northeast and, in fact, Shawnee Nation lived in Ohio at one time, before moving westward.

Before all these events occurred, the Shawnee descended from the mound builders in Ohio's Fort Ancient area and moved westward during the tragic and deadly Indian Removals begun by US President Andrew Jackson before the American Civil War.

The Great Shawnee Nation of Ohio and Kansas

The Shawnee Nation originally settled in the US States of Ohio, West Virginia, and Pennsylvania, after migrating from the western parts of North America, but were driven away by the Iroquois Nations in the mid-1600s. They moved back westward and to certain southern states: Tennessee and South Carolina.

In the early 1700s, the Shawnee people had migrated as far as Illinois, Missouri, and Kansas; but went further back westward and gathered to stay in Oklahoma by the end of the American Civil War and afterwards, as a result of the Indian Removals.

As of 2017, the known bands of Shawnee inhabit several states: 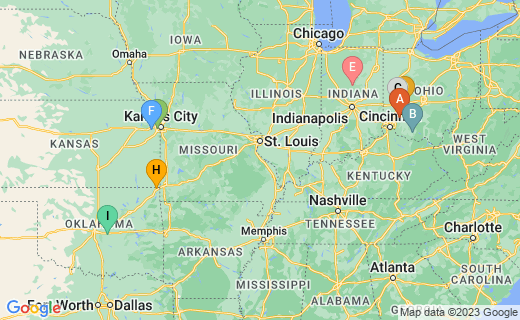 Located northeast of Cincinnati OH and just off Highway I-71. 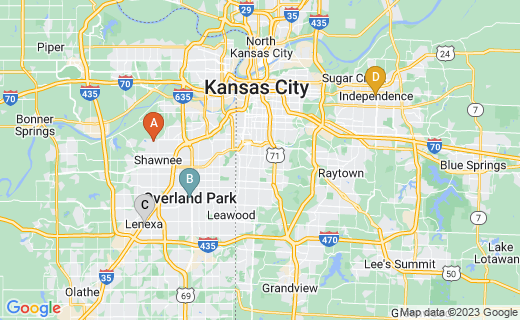 The Harry S. Truman National Historic Site is operated by the National Park Service and includes the Truman Home in Independence and the Truman Farm Home in Grandview, as well as other buildings. 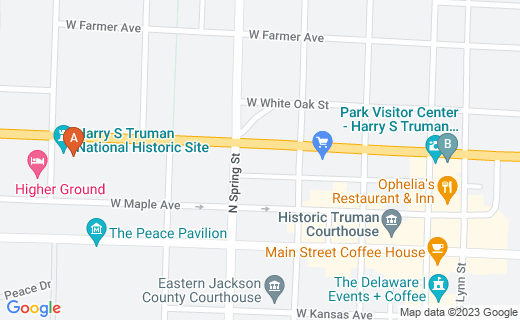 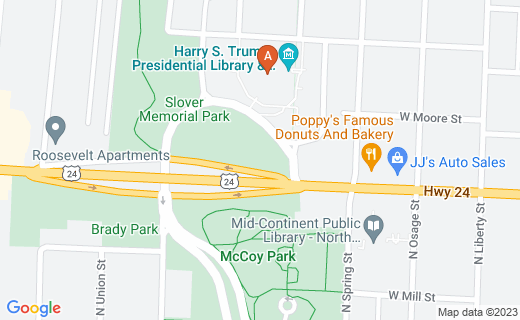 The large conglomerate Bayer AG is headquartered in Leverkusen, Germany and operates successfully out of one division in Shawnee, Kansas.

Known for aspirin tablets for decades, Bayer is a leader in medical and healthcare this and other products for humans and animals.

Bayer Animal Health in Shawnee is part of the Bayer AG office for North American and develops and distributes over $1.3 billion annually in veterinary health products for cats, dogs, and horses.

Advantage Shawnee: The Bayer company webpages tell us that Bayer moved its North American HQ to Shawnee to take advantage of a Central Time Zone that allows wider opportunity to contact both West and East Coasts, along of less expensive transportation costs than found on either coast.

The two phenomena make for one of the advantages broadcast about the county in economic development circles, specifically The Johnson County Advantage. Lowered costs and increased client base are certainly business advantages that help Bayer to grow and along with it, Shawnee.

The Greater Kansas City Metropolitan Area is part of the Animal Health Corridor of the United States - and the world - dedicated to medical and health product manufacture, distribution, and sales of these products, including through Bayer.

Operating since 1963 in Shawnee, Bayer could be in no better location. Greater Kansas City companies account for nearly 1/3 of total global sales of such products.

Aspirin sales may have declined overall in America after the drug ibuprofen was made available without a prescription.

However, medical research of the 2000s and 2010s that appeared in newscasts indicated that the drug loses effect in individuals ages 60 and older.

Has that increased sales of Bayer® Aspirin once again among the growing population ages 50 - 100+? Tell us what you think below in "Comments."

According to MuniNet Guide and Sperlings Best Places, the median household income in Shawnee is well over $71,000 among a 2012 population somewhat over 62,000 individuals. The population increase from 2000 to 2010 alone was over 20%.

The Unemployment rate for June 2010 was 5.6% reduced to 5.4% in September 2013.With many job openings unfilled, Shawnee/Kansas City needs more workers.

By the end of November 2013, 61,000 job openings were advertised for the area across the Internet, an increase over the 25,000 job listings posted for August 2010. Jobs have been increasing since March 2010.

Job Listings expected to increased by the largest precentages from 2008 - 2018.

The largest companies according to employee workforce size include 15 employers found on the list of the Top 10 Largest Companies in Kansas:.