The Good, The Bad, and The HubNuggets

Things are pretty quiet at the HubNuggets Vacation Dude Ranch and Spa right now. Life generally moves at a slower pace here. No need to rush about and cause a stampede.

Our Paris adventure was totally delicious, and we were still excitedly comparing recipes, but no sooner had we read and voted on last week's HubNugget Wannabes, than a wild and woolly Texas "blue norther" blew in.

Wilder than any storm Paul Bunyan and Babe, his Blue Ox, had ever seen, that blue norther blew for three days and three nights, and by the time it blew itself out, it had blown us clean over the border into the Badlands, smack-dab into of a whole "passel o' trouble."

We could knew right away this would be no easy ride. Governor Menayan sent word through Marshall Maddie that the last stage from Clarksville, with its shipment of HubNugget Wannabes hubs, had been hijacked by the notorious Ukulele Band, renegade musicians who would stop at nothing until they parodied every movie theme ever written.

To raise money for studio time, the band planned to auction off copies of our HubNuggets Wannabes' hubs to as many Black Hat SEO practitioners as they could reach. Clearly, they were no respecters of original content.

Sheriff Simone, always prepared for an emergency, had fresh horses waiting, along with a bank draft for funds, in case we had to try outbidding the Black Hats, to save our HubNuggets Wannabes.

Pocahontas Inglish, our trusty Mohawk Scout, managed to pick up the trail, tracking the stagecoach to an old, Civil War graveyard.

There we found the driver-less stagecoach still hitched to a team of badly-winded horses, but the chest of golden HubNugget Wannabes was nowhere in sight.

We knew we were close to the Ukulele Band, though - we could hear the faint strains of a movie theme wafting gently across the sands, and there, beside a tomb-stone, a scrap of paper fluttered in the breeze.

"Hear me, HubNuggets warriors," intoned Chief Bee. "The Ukulele Band is just over that rise - if we wait 'til they bed down for the night, we can sneak into their camp under cover of darkness, and recover the HubNugget Wannabes."

Pocahontas Inglish rose. "Mighty Chief, we will rescue the Wannabes," she vowed solemnly. "...and if any of the Ukulele Band waken, RedPaw will create a diversion by driving off their horses."

"A clever plan indeed, and typical of our clever chief," I thought. "Leaving the Ukulele Band on foot will certainly slow them down, and make it easier for us to pick up the HubNuggets Wannabes - one category at a time."

Pocahontas sounded very sure the plan would work. It sounded good to me, too, until I remembered who we were depending on to create the diversion. I don't even like horses.

In the meantime, though, we grabbed a blanket, and built up the fire to send the list we'd recovered from that scrap of paper - six HubNuggets Wannabes in the Personal Finance category. Smoke signals 'r' us!

Which one of this week's Personal Finance nominees is your favorite?

37 people have voted in this poll.

The Jackalope With No Name...

Our plan was never put into action - that blue norther blew in again during the night. By the time the weather cleared, there was no sign of the Ukulele Band or the golden HubNugget Wannabes, and one of our horses had run off.

As we searched for sign - listening to the four winds, and looking for tracks - we noticed a speck in the distance. As we watched, the speck grew larger, 'til finally we could make out a lone Jackalope riding towards us.

Reining in his horse beside us, the Jackalope struck a match on his jeans, lit a cheroot, and pulled a pouch from his saddlebag. Squinting his eyes against a whisp of smoke, he tossed the pouch to the ground where it spilled open, revealing a golden six-pack of HubNugget Wannabes hubs.

"Thought you might be lookin' fer this, Chief," he said.

Which one of this week's Politics and Social Issues nominees is your favorite?

81 people have voted in this poll.

We Gain a Traveling Companion

Chief Bee nodded her thanks. "We have searched many moons for this golden treasure. We have journeyed far from our homes - as far as the buffalo roams, we have - Ouch!" Chief Bee broke off sharply as Pocahontas Inglish poked her in the ribs.

"Who are you, stranger, and where did you get those HubNugget Wannabes?" asked our scout, eying the Jackalope with suspicion. "You look kinda familiar," she added. "Have we met before?"

The Jackalope stared back at Pocahontas. "My name isn't important," he drawled, "Finding the rest of the HubNugget Wannbes is. I know where the Ukulele Band's headed. You can stay here or you can come with me - your choice."

Chief Bee and Pocahontas Inglish exchanged swift glances, and mounted their horses. "All right, stranger," gritted the chief. "We'll follow you - for now."

"Come on, Kitty. You can ride with me," The Jackalope with no name leaned down and swung me up behind him. "Well, maybe horses aren't so bad," I thought, as I leaned against his warm fur. 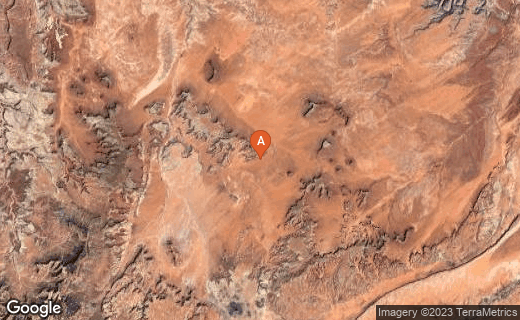 With the stranger leading our little tribe, er, team, er, trio we tracked the Ukulele Band across the desert, finally cornering them near Monument Valley.

The battle was brief, but epic - their flashing ukulele picks against our superior penmanship! They threw everything they had at us - literally! We were dodging ukuleles and pint-sized guitars for hours. In the end, though, the band had to concede that our pens were mightier than their hordes.

Sheriff Simone arrived to take the Ukulele Band into custody, but we barely had the popcorn popped for munching while we read and voted on the golden HubNuggets Wannabes in the Fashion & Beauty category, when the Jackalope unhitched his horse.

Swinging into his saddle, he lit another cheroot, squinting at us through the smoke. Then, he touched his hat brim in a brief salute, and turned his horse to the setting sun. As he rode away, I supressed the urge to call out, "Shane! Come back, Shane, er, bunny!"

It would have been far too melodramatic - besides, the bunny will pop up again....

Which one of this week's Fashion and Beauty nominees is your favorite?

39 people have voted in this poll.

The Fashion and Beauty Nominees