A Discussion of Mandatory Military Service in the United States 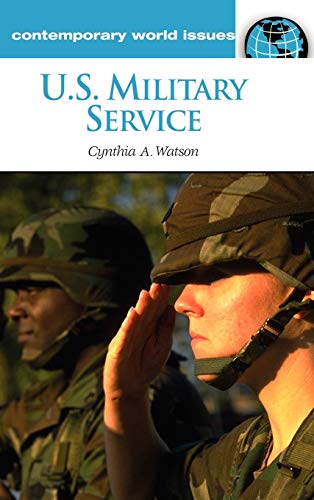 When discussing the strategies and tactics that a commander is forced to employ when faced with a soldiery made up of those whom the profession was not chosen but mandated the main thing that stands out is that there are benefits and downfalls to both the mandated and the volunteer soldier. Obligatory service provides a commander with a soldier who has to be trained against his will, conformed to a singular mindset against his will and on occasion provides the commander with a soldier who falls outside the social norm by such means as homosexuals, religious beliefs and cultural differences. These differences cause division and friction in a military unit which is a situation that can be deadly especially in a combat situation.

Another factor that the commander must overcome is the view of the “drafted” soldier by that of the volunteer soldier. The volunteer soldiers tend to think themselves as more patriotic and having a higher standard of respect not only for themselves but for their country. The mandated soldier is viewed alternately as having little regard for his country, lower standards and as being a hindrance to the rest of the unit. The commander’s role is to create, as the Army slogan so plainly states, an “Army of One” – a force that thinks as one, acts as one and fights as one. Throw in this forced soldier and that oneness now has a flaw. This is just but one scenario however. Mandated soldiers where thought more highly of than the volunteer force even as far back as the Civil War. General William T. Sherman specifically vehemently believed that volunteers were a detriment to the military. In a testimony before his colleagues debating a report prepared by Representative Robin L. Beard of Tennessee, late Representative William A. Steiger of Wisconsin was critical on the volunteer Army. He cited findings that commanders of the all-volunteer Army found discipline at an all-time low and Article 15’s and AWOL soldiers at an all-time high. Units were unable train with so many absent soldiers. Senior NCO’s complained that the quality of troops was at a low point and violence, crime and drug at an all-time high. This placed commanders with an unenviable task of how to make the two coexist.

With the conflict in Vietnam one of the last times that the common citizenry was forcibly required into military, a direct tie with public opinion, political agendas, social stigmas and personal beliefs were major factors in military service and how it was perceived. Men left for Canada to avoid the draft. Some men were highly of visibly vocal about their views of the draft. The public catered to this yet some portions of the country considered these actions unpatriotic. Again it was all a matter of perspective. A military commander not only had to struggle with this soldier and his belief system but also the belief system of the American public. Actions now in the Middle East are once again testing commanders and how they react to a prolonged conflict that the American public is becoming tired of. And while soldiers are not drafted, many of the all-volunteer forces today are being tasked to serve more and more time in combat situations and it is taking its toll on not only the soldiers, the commanders but also on the public.

With the end of the draft in 1973, the all-volunteer military is now comprised of those who seek to serve rather than those called to meet some societal obligation. Many of those in the government now have never served in the military and look towards a civilian-based viewpoint of the military and service. The argument to reinstate the draft is presented as a societal benefit, if by nothing else, in remedying an imbalance. This viewpoint was looked at closely in the 1980’s and thought that the draft was inevitable due to world circumstances at the time. However, it has become apparent that a draft is not necessary. With the events of

September 11, 2001, a large swell of national pride went up, along with the number of those enlisting in the U.S. military. In every conflict this nation has ever fought, the American citizen has always stepped up and ensured that the military was manned as capably and fully as it needed to be. The call for soldiers in the Civil War, on both sides, soared to record numbers as men, and even women served out of duty to their country. The same went for World War I World War II, Korea and even Vietnam. With the wars on terrorism we saw men and women in droves and of all walks of life swelling the ranks of the military. Men like Pat Tillman turning down a very lucrative professional football career in order to make a privates salary, but to honorably serve his county. And the list goes on. Not only is a mandated service not required, it is not necessary. The American people will always ensure that the United States is protected from her enemies. The American military is the shining star of the world and proves that men and women are willing to sacrifice, sometimes even their lives, for the call of freedom and the ideals of freedom that the United States represents.

To quote Charlie Daniels from his song "In America": "From the Sound up in Long Island, out to San Francisco Bay, and everything that's in between them is our own. And we may have done a little fightin' among ourselves, but you outside people best leave us alone. Cause we'll all stick together, and you can take that to the bank. That's the cowboy and the hippy and the rebel and the yank. You just go an lay you hands on a Pittsburgh Steelers fan and think you're gonna finally understand." 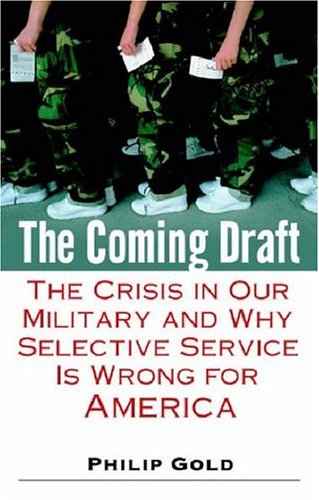 The Coming Draft: The Crisis in Our Military and Why Selective Service Is Wrong for America
Buy Now