Cacao tree or cocoa tree, also Theobroma cacao L. as its scientific name, is a small to medium size evergreen understory tree, rarely higher than 10 m, belonging to Malvaceae, the mallow family, native to the deep and dense forests of the Amazon and Orinoco river basins. Cacao tree produces thin glossy dark leaves and its tiny reddish yellow flowers are produced in clusters directly on the trunk and older branches rather than from new growth and shoots like we observe in most plants. This rare phenomenon, known as cauliflory, is a strategy that allows these trees to be pollinated or have their seeds dispersed by animals which cannot climb or fly. Also, unlike most plants which are pollinated by bees, butterflies or moths, cacao odorless and almost unnoticed flowers are pollinated by tiny flies, of genus Forcipomyia. Four-year-old trees begin to bear fruits. The fruit is a rough, red, yellow, or brown ovoid pod that reaches up to 30 cm long and 500 g in weight when ripe, containing about 20 to 60 hard clustered seeds called cacao beans embedded in a white sugary pulp. These seeds are the source of chocolate and cocoa powder while the pulp is also used to prepare a refreshing juice in some countries. Cacao seeds are very rich in fat, composing almost half of its mass, which is used to make cocoa butter. The most noted active constituents in cacao seeds are the very chemically similar alkaloids theobromine and caffeine, the latter is present in much smaller amounts. After the seeds have been fermented and dried, they are roasted during which starch is converted to dextrin and the popular aroma of cacao develops. Normally, cacao tree reaches the end of its bearing period at about 36 years old, but, in exceptional circumstances, it may produce fruits up to 60 years of age. The fruit takes about 5 and 7 months to mature. As with most tropical trees, cacao trees grow and produce fruits year round. Thus is common to see many flowers and different sized fruits on the same tree. Theobroma is a genus containing about 20 species all native to deep Central and South America tropical forests. All these species produce edible seeds but only cacao, cupuaçu, Theobroma grandiflorum, mocambo, Theobroma bicolor, and Theobroma angustifolium are cultivated and commercially valued for their seeds. 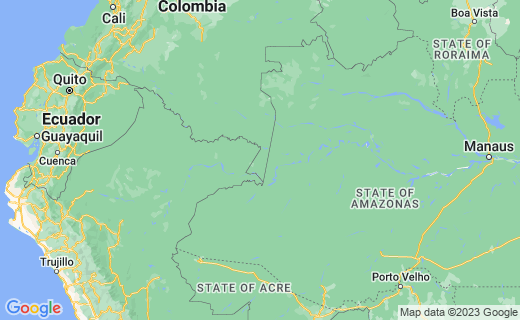 From the Amazon to Central Mexico

Recent molecular studies suggest that cacao tree was originally domesticated, probably for the sweet fruit pulp that surrounds the seeds, which is eaten as a snack and fermented into a mildly alcoholic beverage, in the Amazon region shared between Brazil, Colombia and Peru at about 4,000 to 5,000 years ago. From there people took cacao to Central America and then to Mexico, where selection for the beans took place. The oldest records of the use of cacao come from pre-Olmec people living in Central and South Mexico as far as 1900 BC. Residues from the preparation of cacao beverages were also found in ceramic vessels from Olmec archaeological sites, on the Gulf Coast of Veracruz. The Olmec civiliazation are considered the first to cultivate and select cacao in large scale. The initial domestication was probably related to the making of fermented, thus alcoholic, beverages. However, throughout the different periods of Mesoamerican civilizations, the use cacao has had many purposes, from medicinal to ceremonial, as well as culinary. There are several references in ancient texts referring to cacao in mixtures that included maize, chili, vanilla (Vanilla planifolia), tobacco and honey. Cacao was highly valued by Mayans who believed in its divine originand called it kakaw. Mayans celebrated an annual festival in April to honor their cacao god, Ek Chuah. Similarly, Aztecs worshiped cacao and used it in religious ceremonies that often included sacrifice of animals or humans. According to Aztec mythology, it was the god Quetzalcoatl who discovered cacao (cacahuatl, the origin of the Spanish word cacao) and gave it to men. Aztec used cacao as a spicy frothy beverage made drom its seeds that was served cold and only some privileged of the highly hierarchical Aztec society were allowed to drink it. Aztecs called this beverage xocolatl that the Spaniards later currupted to chocolate.

The first Europeans to encounter cacao was Christopher Columbus and his crew in 1502 when they arrived at the Honduran coast, in his fourth voyage, and were welcomed by the local chief who “came to our meeting, giving us paintings, and almonds that serve as currency to them and from which they prepare a drink". Those almonds were cacao seeds. However, the first real European knowledge of chocolate happened on the 1st of February of 1519 when the famous Spanish conquistador Hernán Cortés met the Aztec king Moctezuma II, in the Aztec capital of Tenochtitlan. Cortés was received with great joy and curiosity by the Aztecs. A strange but very special beverage was then served to Cortés. However, much to Aztec dismay, Cortés impression of the strange beverage was far from approval as he found it bitter and spicy, "more fit to be given to pigs than to be consumed by people". However, Cortés and his crew noted the vast quantities of this beverage that were consumed by Aztec royalty, and how it was carefully prepared and whipped before being served. Also, besides this high symbolic value, the Spaniards noted that cacao seeds were also used as currency by the Aztecs and many other people of Central America at the time. Cacao cultivation and trade was thus highly regulated by Aztecs. From these first encounters with the Spaniards, many new products were exchanged and brought to the Spanish court, including agricultural products and cacao seeds and pods that did not impress the Spanish king, Charles I, then Charles V Holy Roman Emperor.

Central and South Mexico: Heart of the Aztec Empire 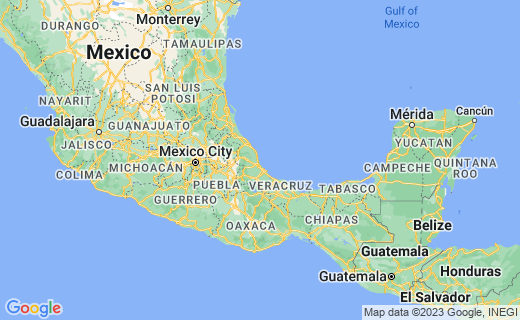 When Europe became addicted to chocolate

The importance of cacao was such that the Aztecs kept secret of its real origin. It took more than 50 years after Columbus arrival, in the second half of the sixteenth century, for the Spaniards to find out about the plants from which cacao was produced. The beverage recipe and all its ingredients were finally introduced to the Spanish court in 1544. However, due to the different European tastes it was decided to remove the spicy condiments, joining honey, sugar, or cinnamon and milk instead and serving it hot. Hot chocolate was thus invented. It did not take long to become the favourite beverage of the Spanish aristocracy. By 1582 the culinary and medical uses of chocolate had spread to Portugal, France, England and elsewhere in Western Europe increasing the demand for cacao seeds. The Nahuatl-derived Spanish word cacao also entered in the scientific nomenclature in 1753 after the Swedish naturalist Linnaeus, impressed by the taste of chocolate, concluded that such tasteful beverage could only be meant for gods. He then coined the genus and species Theobroma cacao L., after the Greek words theo (god) and broma (food).

The Spaniards not only promoted the cacao cultivation in Central and South America but also brought it from Acapulco to the Philippine Isles and to the Sunda Isles in 1680, where it succeeded wonderfully. After 1620 and for almost two centuries cacao was the main export from today's Venezuela. Spaniards kept the monopoly of cacao trade up to seeventeen century and to that the Portuguese monoply on sugar was crutial as sugar was essential to cacao consumption in Europe. Later, the demand for this beverage led the French to establish cacao plantations in the Caribbean while the Portuguese rediscovered its native origin in the Amazon and promoted its cultivation on the northern Brazilian Atlantlic coast, namely in Bahia in the seventeen century. As with sugar production, the high demand for cacao also promoted slavery and slave trade bewteen Africa and America to supply labour for the growing cacao cultivation. In the nineteen century, Portuguese also brought cacao to their colonies in Africa, of which the small archipelago of São Tomé and Príncipe became its mots proeminant producer. British introduced cacao in Ghana in late nineteen century while the French did the same in early twentieht century in Ivory Coast. These two countries are today's biggest cacao producers in the world where Western Africa accounts for about two thirds of the total production.

For those who have a sweet tooth: