Plants and Portuguese Discoveries: How Americans Got Addicted to Banana and Indians Spiced Up with Malagueta Pepper

The intensive maritime exploration lead by the Portuguese during the 15th and 16th centuries, known as the Portuguese discoveries and the start of the period known as Age of Discovery that lasted until the 17th century, established contacts between Europe and new lands and increased the existing European knowledge immensely. In many cases the best proof of discovery of new lands was presenting animals or plants unknown to Europe. Therefore, since very beginning of this remarkable period of human history, the Portuguese navigators showed interest in the flora and fauna of the many places they visited. Also, recalling that the main reason for adventuring in to the see was economic, due to the impoverishment observed in the second 14th century, caused by outbreaks of bubonic plague and extremely localized economy, the monopoly that the Republic of Venice and the Republic of Genoa had on trading some highly valuable products (e.g. spices, silk, dyes, etc) in the Mediterranean, further prompted the Portuguese to alternative ways of living. The see was the option. Those same valuable things had to come from somewhere, so the Portuguese thought. Thus, it is not surprising their interest in plant species and related products of the new countries they were contacting. Apart from proving the discovery of new lands, the Portuguese also sought to bring many plants and seedlings to adapt to new conditions and thus bring some economic input hopefully. In this way, the Portuguese established an easy exchange of plants, when they had great ecological plasticity. But, sometimes it was also difficult when the plants demanded particular characteristics of their native climate and soil.

The Atlantic: A Global Business Was Established

The environmental conditions between Portugal and the territories that were being discovered or conquered were, in many cases very different. This, of course, brought natural problems to grow and adapt new plants to new environments. In this respect, the archipelagos of Cape Verde and São Tomé and Príncipe, particularly the first, worked as acclimatization gardens, playing a central role, and serving as a central point to distribute, grow and study plants of very different origins. This was also the reason to introduce many foreign and exotic species in those places, which was then spread to other colonies of the Portuguese Empire. Although located in the tropical region, the volcanic Cape Verde islands have a temperate climate due to the relatively high latitude, thus offering different ecological conditions with altitude. Therefore, plants of the temperate zones adapted more easily in these islands, having created forms that could then be passed possibly to other warmer conditions with lesser risk. Navigators from the Portuguese naval fleet coming from America would thus leave plant species from that origin to multiply in Cape Verde. Others, from the African and Indian naval fleets that would follow them would then take those plants to South Africa or India and they would also leave other species for being introduced in America or in Europe. A global circuit for plant species exchange, production and distribution was then established. Although the present climatic conditions are not generally very favourable, Cape Verde has a very diverse flora currently, where plants of the temperate zone and tropical zones grow together, and taking advantage of the moderate effect of altitude. As examples, rice and coconut passed from Far East to Brazil through Cape Verde, and conversely many species of Brazilian fruits were settled first in Cape Verde before they distributed to other parts. 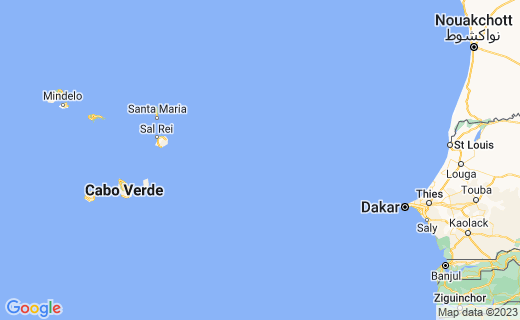 São Tomé and Príncipe, with very different ecological characteristics, was also am important meeting point between the Portuguese naval fleets from Brazil and the African coast, particularly Angola. By taking advantage of the very favourable environmental conditions, many plants were thus passed from one continent to another. Such examples are yams, banana and spices from the East on the way to Brazil. São Tomé and Príncipe were also important islands as they paved the way for introducing and passing culture cacao out of Central and South America to Africa and Asia and coffee, Coffea Arabica, from Africa to America. 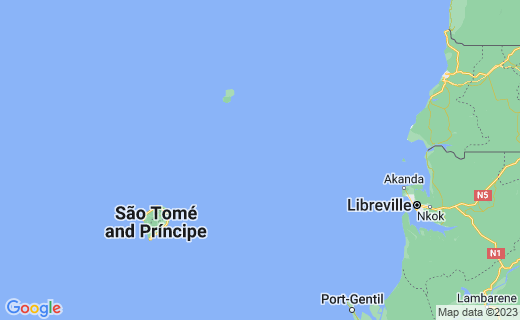 The Revolution in Food and Society

Many plants that are quite familiar to us that we often use in our food had to travel actually a very long journey to reach us. That journey began with the Portuguese discoveries. To name some of those plants: rice, sugar cane, pineapple, pepper, pumpkin, melon, cinnamon, saffron, ginger, corn, potato, sweet potato, beans, tobacco, and tomatoes, among many others. The revolution in food and human nutrition caused by the new species brought from America to Europe and Asia, from 1492, is quite remarkable. Not only by the demographic consequences that the introduction of plants of high yield and nutritive value (e.g. potato, corn) caused, but also by the way they were introduced and modified in the different human societies and cultures. The impact was such and to a point that, today is difficult, for example, to convince an Indian that there was not any sort of malagueta pepper (Capsicum frutescens) in the East before the arrival of Portuguese. Or, explain to an Italian that they have only been putting the indispensable tomato sauce in their spaghetti since no more than two hundred years ago. Tomatoes adorn the Mediterranean gardens since the sixteenth century, and in 1704 they already part of Italian salads. However, its major worldwide expansion took place only in the late eighteenth and early nineteenth century, with the production of canned tomatoes and tomato sauce.

Completely new species were easily adopted in many different parts of the world totally different from their native origins. They have also replaced native species due to their nutritional advantages and productivity. Maize is a perfect example of such crop that has imposed itself by its productivity. It was first introduced in Europe in Spain around 1500 and in Portugal around 1520, who then introduced maize to Burma and China by 1597 and it took just less than a century to go around the world. It was Columbus the first European who noticed corn in 1492, probably in his trip to the West Indies (Caribbean). Most likely, maize was brought there coming from Mexico. Therefore, ten years after the return of Columbus, on his second voyage, there were already signs of growing maize in Castile in Andalusia, in southern Spain. There are many more examples revealing the origin of other plants and related products and how they came in and changed our lives and diet. Another particular example is potato which contributed greatly to the population increase in Northern and Central Europe. In its turn, that increased the availability of labour which then fuelled the industrial revolution in that region in eighteen century. These events has strongly contributed to shifting the European political and social centre from the southern and sunny Mediterranean where it had all began to more northern, rich and cloudy central Europe. Also, it is also interesting to reflect how our landscape has changed with the introduction of new crops, with all the inherent ecological implications. One final word, this scenario of adventure and discovery painted here was not as idyllic as it may seem. As you may all know, the discovery, exchange, and distribution of new plants and products has cost many lives and in many cases plants were not the most exploited but humans. Along with all this trading based on plants and related products there was also a very prosperous and enduring business that sure lasted much more than it should – slave trading. Although, the Portuguese did not invented it hey sure gave it a new dimension by globalizing it.

Why not have a look at: