In a previous Hub, Deflation - What is It and Why are We Worried About It?, I described what inflation was and why it was a problem. In this Hub I will describe the first of the two main economic theories for combating deflation.

While there are many things, including the tendency of wages not to fall during periods of deflation, the biggest problem with deflation appears to be fear and uncertainty on the part of consumers and businesses.

Employers and potential employers look at the high costs associated with hiring and paying the workers needed to expand their output and fear that the sale of the increased output won’t cover that added cost.

Investors fear that declining asset values will erode the value of any investment they make so they refrain from investing.

Banks fear that the value of the assets backing loans will depreciate causing them to lose money if the borrowers default leaving the banks with assets whose sale price is less than the amount of the loans.

Left to itself, the market will eventually adjust and stabilize. However, not wanting to wait for the market to adjust, many people look to the government to do something to pull the economy out of the recession.

The Keynesian Approach to Fighting Deflation

The first way, focusing on aggregate demand, relies heavily on the theories of the late British economist John Maynard Keynes (Lord Keynes as he was rewarded with a peerage by King George VI in June of 1942 and given title Baron Keynes of Tilton) and his followers.

Believing that businesses are not hiring and expanding their output due to a lack of demand for their products, Keynesian theory seeks to stimulate spending on goods and services.

The two major policy approaches favored by Keynes was an expansionary fiscal policy in which the government borrowed and spent heavily and a monetary policy that favored tax cuts and expansion of the money supply.

According to Keynes, it didn’t matter what the government spent money on as the objective was to get money into the economy quickly. The idea here was that the manufacturers and sellers of the goods and services purchased by the government would see demand for their goods and services rise and be forced to hire more workers. In turn, these new workers would spend their paychecks which would stimulate more business to increase production and hire more people.

This is known as the multiplier effect which basically states that the re-spending of the government dollars would magnify the effect of each dollar of government spending so that the effect of a $1 increase in government spending would result in a $4 or $5 or more effect on aggregate demand. This increase in aggregate demand comes from the fact that every time someone spends money that money becomes income to someone else who can now afford to spend money.

As aggregate demand increases, according to the theory, businesses and consumers regain confidence and begin spending the cash they have been holding thereby restoring equilibrium to the economy.

The General Theory of Employment, Interest, and Money
Buy Now

Goal of Keynesian Policies is to Restore the Economic Status Quo

According to Keynes’s theory it is essential that the increased government spending be financed through borrowing and not by raising taxes as the goal is to get consumers, who are also taxpayers, to spend their money.

Keynesian theory also called for tax cuts either as an alternative to increased government spending or as a second means of putting more money into consumers’ pockets.

As I explained in my Hub Democrat vs Republican Tax Cuts, the purpose of Keynesian style tax cuts is to stimulate consumption spending not investment spending and, because of this, they target the lower income tax brackets rather than the higher brackets. The recipients of these tax cuts are mainly lower income people who, by necessity, are forced to spend all or most of their income on consumption.

Keynes was not worried about creating new jobs or expanding the productive base of the economy but rather was concerned about getting the existing factories, farms and mines that were sitting idle or were underutilized as a result of the deflationary downturn back to full production and having them rehire the laid off workers.

Among the major flaws in the Keynesian theory is its static view of the economy.  The goal of the theory is to restore the economy to its pre-crash status with incomes, profits, market shares, etc. back to the way they were before the crash.  The problem is that the market is dynamic and a major cause of major economic downturns are usually due in large part to structural changes that are occurring in the economy.  .

Of course, those who stand to lose the most during a market change are established firms and organizations that are doing well under the existing status quo, and it is in their best interest to use the wealth and resources at their disposal to fight the pending changes.  They thus become what are known in political circles as special interests as they lobby and support politicians in exchange for laws intended to protect them from change.

The focus on preserving the economic status quo, combined with politicians’ natural inclination to implement and manage tax and spending policies in a manner intended to induce voters to re-elect them is a major reason why policies based upon Keynesian theory fail to pull economies out of major economic declines.

The Road to Serfdom: Text and Documents--The Definitive Edition (The Collected Works of F. A. Hayek, Volume 2)
Buy Now

Keynesian Policies Have Not Worked in Practice

Recent history has many examples of the failure of Keynesian policies in combating deflation.

We can start with the current Obama Administration’s use of Keynesian policies to no avail for the past two years. Despite the government’s record spending in an attempt to pull the economy out of the present recession and reverse the deflationary spiral, unemployment is rising, new business starts have slowed to a trickle, existing businesses are still laying off, weaker firms are closing entirely and the talk of deflation is being heard with greater frequency in both financial media as well as a front page topic in regular news accounts.

While the United States, and other nations using Keynesian policies, have been struggling with recession and deflation for the past two to three years, Japan has been battling a severe deflation since the 1990s and still has not pulled its economy out of its downward deflationary spiral. One commentator recently quipped that the Japanese hold the record for the longest running failed Keynesian experiment. 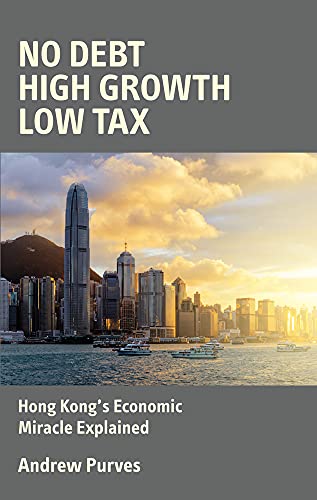 Thus, in the immediate aftermath of the war, Hong Kong found itself with practically no functioning government and a laissez-faire, free market economy. Britain eventually got around to dispatching John James Cowperthwaite to Hong Kong as Financial Secretary for the colony with orders to repair the war torn economy of that colony.

However, when Cowperthwaite arrived he found the economy running smoothly and well on its way to recovery. Seeing how well the laissez-faire model was working, Sir John (he was later knighted by Queen Elizabeth for his services) spent his entire career as Financial Secretary keeping the government out of the colony’s economy.

Cowperthwaite’s free market policies turned Hong Kong, a relatively tiny speck of real estate in the Far East, into one of the world’s leading economies. At the same time Great Britain, the mother country, languished during the postwar years as successive governments pursued Keynesian policies.

It wasn’t until 1979 when Margaret Thatcher became Prime Minister and reversed the Keynesian policies that the British economy moved from near third world status to that of a major economic force again.

Then there was the Great Depression of the 1930s which dragged on for nearly two decades as the Administration of Franklin Roosevelt struggled in vain fighting it with Keynesian economic policies. It wasn’t until after the death of President Roosevelt when, first the Democratic Congress and then the Republicans who took control of the Presidency and Senate began cutting back on New Deal programs and cutting taxes that the Depression finally ended.

Finally, there was the short and mostly forgotten post-World War I Recession of 1920-21. This recession is basically a historical footnote remembered mainly by supply side and libertarian economists.

The deflation and depression of 1920-21 was short lived due to the laissez-faire and tax cutting policies of Treasury Secretary Andrew Mellon and Presidents Harding and Coolidge (who became President in 1923 upon Harding’s sudden death).

Thus, despite its apparent logic, Keynesian economic theory and the policies prescribed by it has a poor record in combating deflation and their accompanying depressions.