In Mediterranean islands of Sardinia and Corsica and the Balearic islands grows a relative or our more familiar Calla lily or Arum lily and Swiss cheese plant, from the Araceae family. Its scientific name is Helicodiceros muscivorus, also known as the dead horse arum or the corpse plant. It grows close to the sea sore and quite often close to seagull’s nests. Usually, it blooms at the peak of seagull’s mating season. Like all species of the Araceae family it has an inflorescence, called a spadix, partially enclosed in a spathe, a modified leaf. The spathe of the dead horse arum is of greysish purple, with pink spots and covered with dark red, long and hard hairs. The spadix is dark and also covered with hairs. The smell resembles rotting meat, hence its name. Also, with some imagination, some say that the whole set resembles the rear area of a small animal being the spadix its tail. Blowflies seem to enjoy seagull colonies as there is plenty of food for their larvae: from rotting meat, fish mostly, dead chicks, broken eggs and excrements from the birds. Hence, in terms of smell, the nearby dead horse arum does not look that different and the blowflies are easily attracted to the plant. As the blowflies fly around the spathe they enter the dark floral chamber, on the lower portion of the spadix, totally enclosed by the spathe and where the smell is stronger. From the blowflies perspective this is not different from entering the skull of a dead animal or its stomach. The best and hotest places of a rotting corpse for the blowflies lay their eggs. The blowflies enter further down to the floral chamber through the spadix forcing their way through a ring of spiny hairs. Once in total darkness, the blowflies meet the male flowers first. Then as the blowflies move further down they face another spiny hairs ring separating the female flowers at the bottom. All this mimics a hot and fetid roting corpse perfectly. A wonderful place to lay eggs, on the promise of enough food for the blowflies larvae. The spadix hairs are oriented in such way that they block the exit if the flies want to get out. Hence, the blowflies became trapped until the next morning. However, they were perfectly fooled by the plant and they do not want to leave. The plant mastered so well its trap that most female blowflies will lay eggs that will accumulate on the floral chamber bottom. They will hatch eventually but the larvae are condemned as there is nothing to eat. The plant would gain nothing by serving as food for the larvae. However, the plant needs the adult blowflies as pollinators. To achieve this, the plant supplies the fly with nectar that exudes from the female flowers nectaries. Most certainly, this is not the first time that these flies visited a similar flower, so some of them might bring pollen that will pollinate the female flowers while the flies feast on their nectar. This event lasts only for one day after blooming, as the female flowers stop being receptive and stop the nectar supply. By this time the male flowers upper located on the spadix mature and release the pollen that will cover the flies while they climb back up the spadix the next morning. In the meantime, the hairs blocking the exit have dried out and flies are free to go and fly to another plant nearby. The strong smell released by the dead horse arum and the high temperature inside the floral chambers, mimicking the decomposition of meat is achieved by a process called thermogenesis, typical of Araceae species. This is due to a high cell activity of the floral chamber tissues, including the flowers. Temperature can be as high as 30 ºC at 15 ºC ambient temperature. The male flowers in the floral chamber are highly thermogenic through the second night, when they mature and generally maintain stable temperatures of about 24 ºC in ambient temperatures as low as 13 ºC. This process of using insects as pollinators in this way is quite common among Araceae species. Dracunculus vulgaris, the black arum, dragon arum or the snake arum as it is known in its native Balkans, uses beetles as pollinators mostly byt employing the same strategy. Another popular example is the carrion flower, Amorphophallus titanum, which has the largest unbranced inflorescence in the world, also lures scavenging flies and beetles in a similar way.

The high temperature, due to thermogenesis, inside the floral chambers of the corpse plant (Helicodiceros muscivorus) that will eventually extend to the whole flower, attracts a particular and curious inhabitant of the islets around the coast of Mallorca and Menorca Islands, in the Mediterranean. The endemic Lilford's Wall lizard, Podarcis lilfordi, is found usually lying on the big and warm spathe of the corpse flower. The corpse flower provides the lizard not only a secure source of heat to warm up its cold blood body, especially in the morning, as it supplies a very appreciated source of food, the blowflies attracted to it. A lizard’s paradise, one would think. In fact, the lizard competes with the plant for the flies, but with a different purpose, as it eats the plant’s main pollinators. Putting this way we have found a villain, from the corpse flower point of view. However, the Lilford's Wall lizard is also very much attracted to the corpse plant fruits. In fact it has been observed that the fruits of the corpse plant may reach as much as 53% of the lizard’s diet at that time of the year. The lizard's feces contain intact seeds, suggesting that the lizard is a legitimate seed disperser for this plant. In fact, in some areas the plant population has increased dramatically where it was once threaten. Some scientists speculate that the seeds will germinate better once have passed through the lizard’s digestive system. This is the only lizard that is known to take advantage of a plant-pollinator interaction in this way. The Lilford's Wall lizard is an omnivorous animal and is also a pollinator and seed disperser of several other plant species of the Balearic Islands. Accidentally, in is search for flies the Lilford's Wall lizard may also pollinate the corpse plant flower as it is well capable of fitting into the floral chamber and thus be presented with its pollen which eventually it will transfer to another plant that he visits on its hunt for flies. In the end it seems a perfect win-win deal for both the corpse plant and the Lilford's Wall lizard. 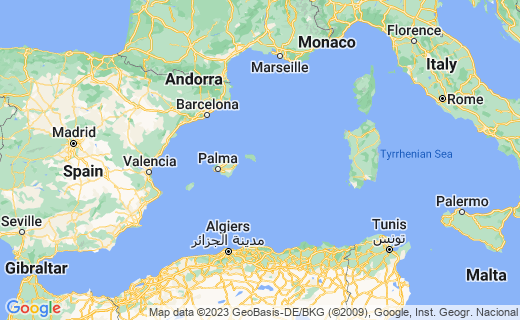