The Amazing Life of The Western Underground Orchid

Rhizanthella gardneri, also known as Western Underground Orchid, was discovered in the spring of 1928 in the Wheatbelt region of Western Australia. Its discovery in 1928 caused such an excitement among orchid lovers that a wax model had to be toured around Great Britain. This white leafless plant is made up of a stem which produces a flower head never emerging from he ground. This plant remains completely underground for its entire life. Hence, it not surprising that it is rarely seen and has been discovered by pure luck only. This species is a parasitic plant, but even has a parasitic plant it is strange one. It has no root system. The plant is basically a thickened short rhizome, an underground stem, and depends solely on a peculiar threesome association. Not being able to obtain the sun's energy through photosynthesis as it is leafless, instead it feeds on the broom honeymyrtle (Melaleuca uncinata), a shrub. However, its parasitic habit is not direct to the main host as the Rhizanthella gardneri first associates to a fungus, Thanatephorus gardneri. This fungus is an endophyte of Rhizanthella gardneri. That is, the fungus lives within the underground orchid plant body forming endomycorrhizas and at the same time also forms ectomycorrhizas with the broom honeymyrtle, thus serving as an intermediary between the two plant species. Due to this peculiar association, this particular underground orchid is a called a myco-heterotroph relying totally on the broom honeymyrtle and on the fungus Thanatephorus gardneri for its nutrients and carbon dioxide supply. Having received these from the fungus the plant is then able to convert the water, nutrients and carbon dioxide into the energy needed for growth and maintenance. In reality, the western undergound orchid parisitizes the fungus which then parasitizes the broom honeymyrtle, although at a mutualistic level in this last case. So we have a parasite parasitizing another parasite. This type of association is not so uncommon in the plant kingdom and it is considered a kind of a cheating relationship, as the fungus seems to gain nothing from the orchid, unlike what happens with the broom honeymyrtle. The orchid is thus the cheater, or the villain in this "love triangle". At the beginning of the rain season in autumn, the plant blooms producing a flower structure similar to a tulip. This flower head measures 2.5 to 3 cm and never emerges above ground but simple revolves the soil above it as it grows. The cracks thus opened are sufficient for its tenuous scent to be released and spread nearby attracting flies and other small insects. Strangely, it is the first plant and the only known case of a plant that uses termites as pollinator agents. It is surprising that these tropical insects, one of the most abundant and world wide spread are not used as pollinators more often. However, as fungus, termites avoid light and live underground. Thus, the only flower that could attract them would have to exist also underground. That is precisely what this peculiar orchid does. The flower head, technically an inflorescence, contains 8 to 90 small dark maroon flowers. Rhizanthella gardneri reproduces both vegetatively, by which it can produce three daughter plants, as well as sexually. In the latter case the pollinated flower will then take up to six months to mature. The seeds are thought to be dispersed by marsupials that eat the fruit. But substantial findings are hard to come by as very few specimens have been observed in the wild and only about 300 specimens have been collected to date. This unusual and critically endangered orchid is a particularly challenging species to find. The flowers of the other two species of underground orchids Lamington's Underground Orchid, Rhizanthella omissa, and Eastern Underground Orchid, Rhizanthella slateri, break the surface beneath the leaf litter, to allow pollination by flies or insects. These underground orchids live all in Australia and share the same features and lifestyle as they are all myco-heterotrophs. 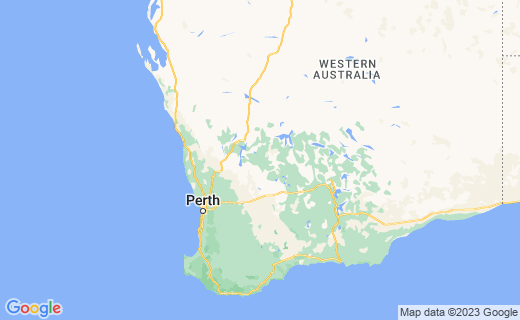