TPTB have used an age old tactic to keep America ignorant, it is called Divide & Conquer. By keeping the public so busy arguing amongst themselves as to whom is to blame (liberals & conservatives) and pointing their fingers at their neighbors, politicians and the authorities, they miss the truth and the solution. In this article Divide and Conquer . . . Nibiru, Polar Shift and the Coming Apocalypse I show how easy it is to distract the public from the truth.

Disinformation and censorship has effectively created a public unwilling to use critical thinking to solve problems in their daily lives. This creates a large majority of service to self oriented humans.

We are all in this together, no one here gets out alive . . . TPTB are forcing everyone in this country to make a choice, for or against!

If you decide not to choose you still have made a choice!

This attitude of indifference is what TPTB have been working towards for at least the last 100 years. By providing distractions in the form of entertainment, disinformation and censorship they have effectively kept America in the dark on a wide range of issues.

By creating a media monopoly they have effectively controlled the disinformation process and lured reasonable informed people (Sheeple) into believing their propaganda! While the social structure of America disintegrates around us the public continues to buy into the hype, Black Friday is the perfect example of how they control what the public thinks!

They claim that the economy is getting better and even spew statistics to prove this, yet the economy isn't getting better and hasn't in the last four years. They continue to produce Television shows that keep the Sheeple arguing amongst themselves. America is in love with pointing the finger at the other guy, all the while they continue to create the same old tired rhetoric and spread their disinformation.

Information is Power, this is a fact!

By keeping the public in the dark they are able to spread fear through disinformation and censorship. A recent AP poll shows that more than 60% of America doesn't trust the American Government to tell them the truth! The solution is to start getting your information from other sources besides the ones you commonly use now!

Go online and search the internet for individuals (ex-patriots) living in other countries, that offer another point of view, compare their stories to the ones you here on the news. Use critical thinking and do not stop at the information that makes the most sense to your limited view of the world.

The solution is to recognize the problem, that you have been deceived, that the current state of American Government is not working in your best interest. That The Powers That Be are deceiving you for a reason, that they are just as scared as you are and are working to serve themselves. So it becomes easy to Divide and Conquer . . . Nibiru, Polar Shift and the Coming Apocalypse are all concepts that have a wide variety of explanations. By adding a little bit of truth to all these concepts disinformation is easily spread.

Every human on this Planet can feel the truth in their hearts, so by learning to trust you're God given instincts and finding the courage to choose what you are willing to believe we can become aware of the deceptions all around us. Stop pointing your finger at your neighbor and ask yourself what you can do to be part of the solution.

Here is a simple feel good solution that I wonder if most people think of . . . clean your own house of all the useless possessions you have accumulated over the years and simple give it to Goodwill. What this accomplishes is to learn to start giving to others while expecting nothing in return.

TPTB want the individual to feel helpless, that there is nothing we can do to effect change, that the situation is hopeless, this encourages a state of fear and mistrust. This helps to divide the populace and continues the attitude of indifference, that is so prevalent in America today!

To Paraphrase Neo from the Matrix

I don't know the future nor do I pretend to,

I can't tell you how our World will end or even if it is going to,

However I can tell you how we can change it, if that is what you want?

I can help the people see what TPTB don't want you to see,

A World without disinformation and censorship,

A World without boundaries and borders,

A World where anything is possible, that has no imposed limits!

A World without fear!

Where we go from there is up to us!

You too can join the awakening or be left unprepared the choice is yours!

Disinformation and How it Works!

Let's look at some recent stories and use critical thinking to determine the truth. Disinformation works by spreading wild rumors and conspiracy theories that can't be proven. This keeps people guessing and spreading lies while preventing reasonable informed people (Sheeple) from searching for and learning the truth.

Most often Sheeple will latch onto the first thing that makes sense in their limited view of the World. Or lacking any evidence that is believable they will accept the next best thing so they don't have to think too hard about what might be really happening. Accepting the truth can be a very difficult process, filtering the disinformation and learning to look beyond accepted reality. One of the keys for me is to ponder what is not being said and comparing it to what has been said in the past.

A recent story about a large anomaly in space near Mercury has the internet buzzing . . . the story on Yahoo News starts with the question

"Is a giant cloaked spaceship orbiting around Mercury?"

What is not being said is that Nibiru (Planet X or Elenin as NASA has called it in the past) is a large Planetary sized body and would be passing Mercury (the closest planet to the Sun) in it's orbit. Because Nibiru has many satellites could this not create an unique appearance, after all we have no visual record of it.

This science . . . get real . . . this disinformation is quite misleading, by making light of the situation it distracts us from the reality of it. Often times absurd notions and humor is used to diffuse serious inquire, after all no one wants to look foolish asking obvious questions.

Ask yourself where all the crazy conspiracies come from . . .? Some nerd in his mothers basement, cranking out fairy tales?

TPTB supply the conspiracies to keep the Sheeple arguing amongst themselves preventing them from using critical thinking and learning the truth for themselves.

They always tell you the truth, to cover their collective asses down the road. In this situation they did so way back in the 80's when NASA revealed that they had found a huge anomalous Planet like body deep in space and coming our way of course they gave it a mysterious name like Planet X.

Who do you think created the 'Fake Moon Landing' story in the first place . . . yes you guessed it, NASA even printed a brochure about it back in the 60's.

Once they have told you the truth, then they can throw out all the crazy conspiracy theories they want . . . remember the point is to spread disinformation to divide and conquer.

The Polar Shift is still occurring people and two years ago the poles were moving at the gradual rate of 40 miles a year. What is not being said is that this rate is increasing.

The flooding in Indonesia, Thailand, Australia, the flood waters have not receded months after the initial flooding. Ask yourself is it a cloaked ship or a large Planetary body causing the continued gravitational forces this planet is experiencing.

Consider the recently passed (97 to 3) Senate Bill 1867 that basically contends that the US is a War Zone and because of that anyone that is considered a terrorist or enemy of the Government can be detained without trial indefinitely, THIS MEANS YOU!

Is the United States a War Zone or do The Powers That Be know that soon it could be?

Couple this bill with a new program installed for FEMA called a National Quick Response Team, which is basically designed to allow FEMA to gear up for a National Disaster, something they didn't do for Hurricane Katrina even though their was plenty of advanced warning and you might think they 'know' something we don't?

Did they not warn the public about the New Madrid Fault Zone (NMFZ), that it is prone to shift every two hundred years . . . let's see now when was the last time a big earthquake occurred in this region . . . oh yeah back in 1813 or was it 1812?

My point is not to scare anyone but to allow them enough information to help them think and ponder what is not being said. All of this information is out their for the taking, the key is to learn to trust your God given instincts to determine your understanding of the truth.

Some will call it the End of Times or The Apocalypse, I just call it a Polar Shift. This is occurring now and will go on for sometime, gaining momentum while reducing our ability to connect the dots as disinformation and censorship of information continues.

Many of the You Tube videos presented on this page never made the National News and are not widely known. This keeps America from grasping the complete picture and being able to make informed decisions about their own welfare.

This article was created to allow many of the pieces of the puzzle to be presented on one page and to allow readers to gather information, use critical thinking and arrive at their own conclusions.

Take the Red Pill and awaken to the reality of Divide and Conquer . . . Nibiru, Polar Shift and the Coming Apocalypse! 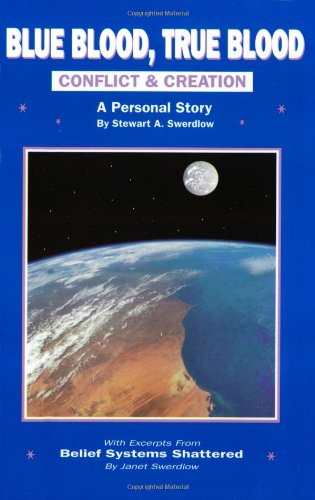