The English Civil War started in 1642 when Charles raised his royal standard in Nottingham. Two weeks later The Earl of Essex led his army north towards Northampton, picking up supporters of the parliamentarians along the way. A detachment of cavalry raised and commanded by Oliver Cromwell joined them. By the middle of September Essex's forces had grown to 21,000 infantry and 4200 cavalry. They marched west to the Cotswolds and on into Worcestershire, which placed the army between the Royalists and London. With the size of both armies now in the tens of thousands, and only Worcestershire between them, it was inevitable that the scouting units would meet. This happened in the first major skirmish of the Civil War, when a troop of about 1,000 Royalist cavalry, commanded by Prince Rupert, a nephew of the King defeated a Parliamentary unit of cavalry at the battle of Powick Bridge near to Worcester.

The first major battle of the English Civil War was at Edge Hill. Both sides claimed success but there was no decisive result from this battle. The next year, 1643, produced a number of smaller battles that were equally as indecisive, neither side dealing a fatal blow to the other. In 1643, Oliver Cromwell came more and more to the fore with his desire for a New model Army. The New Model Army differed from other armies in that it was intended as an army liable for service anywhere in the country, rather than being tied to a single area or garrison. Soldiers who joined up were taken from the ranks of the veterans and became full time soldiers rather than groups of part time militia. Its officers were also professional soldiers who did not have outside interests or seats in Parliament, therefore they were not linked to any political or religious faction.

In 1644, Charles lost the north of England as a result of a major defeat at the Battle of Marston Moor. The Scottish and the Parliamentarians joined up to soundly defeat the Royalists.

In June 1645, Cromwell’s New Model Army proved its mettle by delivering a fatal blow to the king’s army at the Battle of Naseby. Charles was beaten and he knew it.

In 1646, Charles surrendered. He hoped to take advantage of the fact that the Scottish and Parliamentary alliance was fragile and could collapse at any time. The Scots took advantage of Charles and sold him to Parliament for £400,000 in January 1647. Parliament now had a problem: what to do with Charles. The king actually helped in his own downfall by escaping from London to Carisbrooke Castle on the Isle of Wight, and in 1648 the short-lived second civil war broke out.Charles began to negotiate with the Scots to gain their support for his continued campaign against Parliament. If the Scots supported him, Charles promised, England should have a three-year period of Presbyterianism. This was what the Scots wanted to hear and they agreed. By the end of 1647 any hope of an agreement between Charles and Parliament had ended and plans were put in place for a Scottish invasion of England.

While Charles had his obvious grievances with Parliament, support for Parliament was declining in other areas throughout England and Wales. The lack of support for Parliamentary rule was based on two issues. The first was the concern that many felt about the increasing influence of Cromwell and the New Model Army in decision making. The second was a more basic concern – lack of pay. Key areas transferred their allegiance to Charles once it became obvious that he had managed to get the support of the Scots. Rowland Laugharne had been a major supporter of Parliament during the first civil war, but now he joined Colonel Poyer, the governor of Pembroke Castle, and others in South Wales to side with King Charles. They were angry at Parliament because they had not been paid for their services. Poyer felt humiliated as he had been told that he was to be replaced. This, combined with their anger at the influence of the New Model Army over Parliament turned them against parliament.

Oliver Cromwell had two choices. He could either ignore the growing dissent in South Wales, as the area could be isolated if required. Or, if he was seen to be doing nothing, it might encourage others to turn against the way the country was being run. In May 1648 Cromwell moved against Laugharne and put Pembroke Castle under siege. On July 11th the castle fell to Cromwell. News came through that the Scots had taken Berwick and Carlisle, and Cromwell marched North to give assistance. By mid-July, 12,000 Scots were poised to march south in support of Charles. But there were delays in the Scottish advance and this allowed a force of Parliamentarians led by General John Lambert to cross the Pennines. He would confront the invaders commanded by the Marquis of Hamilton. Oliver Cromwell's men arrived to help him. They were confronted by a much larger force: Hamilton’s army mustered 20,000 men while Cromwell had 9,000 men of whom only 6,500 were experienced soldiers. But Cromwell's men were seasoned soldiers, well disciplined fighting men while most of the Scots had become a rabble. Hamilton had allowed his army to spread out and they covered a huge area, over twenty miles, far too great a distance to allow for good communications between all the parts of it. The cavalry was in the front while the infantry trailed behind. On August 17th Cromwell attacked the infantry in the rear of Hamilton’s force. This started the Battle of Preston. It was fought in boggy land and the skill and power of the New Model Army was too much for the infantry as its cavalry decimated their ranks. Cromwell then turned on Hamilton’s main force, which was based Preston. The Scots were taking another beating and it was now clear to Hamilton that keeping his force spread out over such a large distance was a fatal flaw. Cromwell's men were fighting mainly foot soldiers as Hamilton's horsemen were in Wigan, some miles away. The battle at Preston cost the Scots 8,000 men – 4,000 killed and 4,000 captured. The battle continued on August 18th. The night of August 17th/18th was rainy. The Scots were were both wet and hungry, as many had not eaten properly for days, and a lot of their ammunition had become damp and unusable. On the 18th, 4,000 Scots laid down their weapons at Warrington rather than fight on.

Hamilton's men marched south away from Cromwell’s men, then he turned them north with the idea of returning to Scotland. Hamilton’s men had had enough and they refused to march any further. He was forced to surrender. 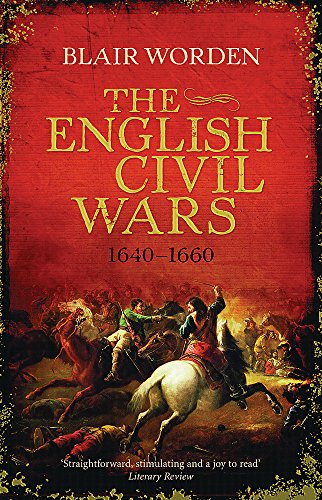