Show Me the Rain

The recent flooding in Brazil is reflective of the flooding that occurred in the Philippines late last year in that the stretching of the land due to the South American Plate rolling to the West (Pacific Ocean) has caused riverbeds to rise as coastlines appear to sink. These Floods in Brazil Provide More Proof of a Polar Shift taking place.

Flooding near the Andes in the Western part of Brazil from the Negro River and in the Eastern part of the country near Rio De Janeiro may seem unrelated but are being caused by the same geographical event, the Polar Shift. As the South American Plate rolls to the West it drags the eastern lowlands and wetlands with it raising the inner wetlands while stretching the coastlines making them appear to sink.

In the West near the Andes this creates more mountain building and a crumpling of the land as it bunches up against the Andes and the immovable Nazca Plate. This type of tectonic shifting has caused the Negro River's bed to rise and the river to overflow its banks and is clearly related to the ongoing Polar Shift.

The official version of this is due to "heavy rain" and yet in all the pictures and videos on the internet I have found on this subject none show any rain at all. This is perplexing in a day and age when digital phone cameras are so prevalent that there are no images of these floods actually taking place while there are many of the aftermath, showing no rain at all.

While the World is well aware of the floods in Rio De Janeiro in January of this year due again to 'heavy rainfall', there is almost no news of the more recent flooding in the last week, triggering more mudslides and evacuations, this is because without any rainfall it can only be due to the Polar Shift and Nibiru.

Due to deforestation in the eighties and nineties large areas of the Brazilian countryside that were once considered wetlands and only navigable by boat or canoe are now in a drought that is considered the worst in 100 years.

According to a Environmental News Service story in 2005, Manaus, the capital of the state of Amazonas and the entire eastern region of the state have been in what government officials consider a "atypical" drought.

"The chief reason is the warming of the Northern Tropical Ocean, which is up to two degrees warmer than average"

It has nothing to do with the fact that deforestation has wiped out 17 percent of the rainforest that once blanketed the Brazilian Amazon. The second largest uncontrolled wildfire in the World has been burning unabated for the last ten years in what was once tropical rainforest in Brazil and can even be seen from space.

The rainy season in Brazil usually doesn't start until June so this has prompted officials to predict that the River Negro already at 29 meters (ninety feet) to remain above this level for the foreseeable future.

In February of this year floods in the Northeastern state of Acre due to rising water levels of the Acre River have caused the displacement of over 12,000 families that have lost their homes and has affected another 100,000. The Acre River is currently 17.6 meters (52 feet) above flood levels.

What most folks aren't aware of is that this kind of flooding is happening all over the world due to the ongoing Polar Shift. As tectonic plates shift in one area of the World it relieves pressure in other parts allowing more movement.

Certainly the deforestation of Brazil hasn't helped the situation as it promotes erosion which during a flood is exacerbated. Because these types of stories haven't been allowed to reach the mainstream media or even the internet for that matter it becomes problematic for the general population to connect the dots and see the big picture.

The reason mountain ranges such as the Andes are created in the first place is because one tectonic plate is moving under the other. As the plate above begins to pile up on the one below mountains form. The Andes in Western Brazil are very large and run the entire length of South America showing that there are two plates that meet in Western South America to create the Andes.

As the Polar Shift continues these types of floods will become more common, however what many should realize is that as the rivers and ocean levels rise it creates a scenario in which many rivers can no longer flow into the ocean at their mouths and then seek the lowest land nearby. The floods in Brazil provide more proof of the Polar Shift and show that this is exactly the scenario that is happening now in Brazil.

It is not even the rainy season in Brazil and yet we are expected to believe that one river is ninety feet over its banks? 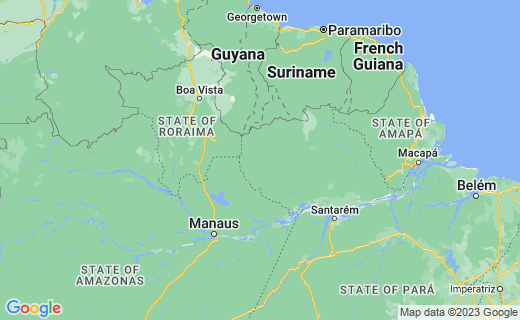