The key to Unlock the Secrets of the Universe:

Protons, Neutrons and Electrons have been the part of Physics and science. There have been enough studies and research done on these. But now, Neutrinos have also entered the scene.When Physicists found the fourth wonder particle Neutrinos, they were extremely shocked.Earth and its surrounding universe has billions and billions of these wonder creator particles.

There is no such equipment or powerful machine to arrest these neutrino particles. Neutrinos may be well-known to those scientists who are fully involved in Physics and Astronomy. But other researchers may not be so familiar with these particles.Neutrino particles will be continuously moving in space and entering the earth’s atmosphere.

In India, studies and researches are done by the India-based Neutrino Observatory (INO ). Retired professor Mr. H.J. Shashidhar Prasad of Mysore University has taken much interest in these studies. Research on neutrinos is crucial to find out answers on many mysteries related to the formation of universe, galaxies and stars.

The Physics lecturer Shashidhar Prasad said, “ If the origin of Neutrinos is discovered, then many experiments would be made possible. Nasa’s moon mission took 15 days to complete. The rocket launched from earth to reach moon took a minimum of 10 days. But if the network of Neutrinos is known and trapped, then it may take only 10 minutes to reach the moon. The world of science knew only the speed of light until now. There wasn’t even any clue of a superior energy that travelled faster than light. Neutrino gave out the information that it could travel faster than light. Neutrino particles have the capability to penetrate anywhere. If the particles are arrested and if made possible to be taken to the Moon, then one day study of Mars may be much easier”.

To solve the mystery of Neutrino particles and arrest them, India-based Neutrino Observatory came into existence. Mumbai’s “Baba Atomic Research Centre” made this possible. INO has a large group of scientists working for it.

Worldwide scientists are behind the theory of Big bang and the birth of the Universe. Scientists from 60 nations joined hands to go ahead with this project and solve the mystery. In the same way, the ‘Neutrino Project’ too might have been supported by scientists from 40 nations. But India had disagreed for any kind of participation by other countries in this particular project. It has stepped forward to invest Rs.900 crores into the work of first phase of this project. It has invited 14 Universities of the country to join hands and participate in it. Mysore University will be leading this project team. 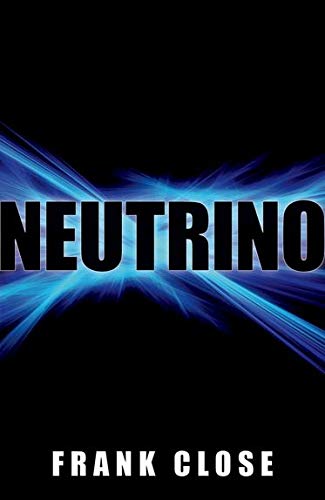 Big Bang researches have attracted the world’s attention. Senior scientists say that the Neutrino research is of much more importance than the Big Bang research. Neutrino particles are the most minute particles within and outside the earth’s atmosphere. This is the reason why scientists find it most difficult to arrest these particles. Many nations have tried this before. But all efforts to arrest these particles went in vain.

In the researches related to Physics, Geology and Chemistry sciences as well as understanding these, the Indian scientists have an upper hand. They are recognized as best all over the world. Therefore many of the nations are interested to be partners in the Neutrino researches conducted in India.

As the experiments go on, every second there will be new findings and new ideas come into existence for the further experiments. Many countries like Japan, USA, China already have conducted experiments and know that these particles can create wonders in the field of science.

India-based Neutrino Observatory started functioning in 2006. After INO Scientific Steering Committee members travelled to a few places in India, they finally pointed out two places suitable for conducting experiments. One was in the North. India- Ramman in Darjeeling district which was at 2800 mt height. Other one was in South India. A place that comes between the border regions of Karnataka and Tamilnadu. Pushyap is the place which comes in the midst of dense forest of Madumalai National Park. Very close to the Pushyap is Singargudda. INO has finalized this place for experiments.

The detectors for the Rs 900-crore Indian Neutrino Observatory (INO) will be housed in a two km long and 1, 300-mt deep tunnel at Singaragudda ( Nilgiri hills) in Tamil Nadu, Mysore will be the research hub. The access tunnel portal will be close to one of the Tamil Nadu Electricity Board’s (TNEB) hydel-power plants, which will share its infrastructure with the INO. Underground laboratories are essential for neutrino research, as the rock shielding cuts down radiation.