Missouri and the Civil War

By the spring of 1861 the people of Missouri were already familiar with the strife and sectionalism that plagued the country when the first shots of the Civil War were fired at Ft Sumter on April 12, 1861. Since the mid-1850s and the events now known as "Bleeding Kansas", Missourians, far from the east, had fought and suffered over the Kansas-Nebraska Act, the Missouri Compromise and the Dred Scott case and yes, slavery. Guerrilla warfare ravaged the state and it's people all duriing the war and even afterwards.

There many things about Missouri during the Civil War that made it significant. Some were vital events, some, well, bragging rights. But it is beyond a doubt that this border state played a huge role in the conflict that would define our nation.

Missouri sent more men to war, in proportion to population, than any other state. Missouri had 199,111 volunteers. Approximately 27,000 Missouri civilians and soldiers were killed during the Civil War.

Missouri also saw many firsts: the first land battle of the Civil War which took place in Boonville Missouri on June 17, 1861. Ulysses S. Grant found his first battle of the war in Belmont, MO on November 7, 1861. The first Union general of the war, Nathaniel Lyon, was killed at the Battle of Wilson's Creek. In Greene County Missouri, Private Joseph W. Cole of Co. O 1st Kansas Volunteer Infantry Regiment would become the first Civil War soldier to be executed on July 14, 1861.

Other interesting facts about Missouri: Ulysses S. Grant was promoted to Brigadier General while serving in Ironton, MO. and Samuel Clemens (Mark Twain) served a whole two weeks with Hannibal Missouri Confederates before tiring of the whole things and "retiring". Missouri was the only state to have representatives in both the United States Congress and the Confederate Congress.

Not counting undocumented skirmishes, Missouri saw what is considered to be 27 battles within her borders. Missouri ranks third in the number of battles within her borders only behind Virginia and Tennessee. Some of the battles were little more than 20 minute skirmishes. Some, like Wilson's Creek, Westport and Fort Davidson, were bloody and horrific and saw a huge loss of life.

The following battles all took place in Missouri. Each battle I will link to a hub article describing the battle details. Three locations saw battles take place twice and will be related as well within that hub. 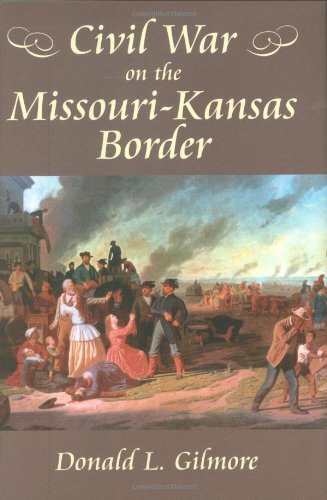