New Jobs and Schools in Aviation and Aerospace

New and Expanding Job Titles for Air and Space

Number One: Aerospace Manufacturing and Distribution

The Earth's populations rose in numbers during the 2010s to such a point at which hundreds of people volunteered to colonize Mars in a mission from which they could not return.

After analysis and cuts, a final dozen individuals were placed before the public in a game show format during their astronaut training. The public would choose the final crew to Mars.

The project is that of a Dutch company called Mars One, whose leadership planned to place a lander full of supplies on the planet in October 2016 and a new Mars rover in 2018.

Carefully chosen crews of two males and two females each of pioneers were planned for travel to Mars in missions occurring every two years. The latest plans include a manned flight launched in 2022 with a landing seven months later in 2023 (Reference: Ben Brumfield and Elizabeth Landau. CNN. August 9, 2013). The next flight would be in 2024 - 2026.

At the same time, a billionaire planned to send a married couple to Mars in 2018, several years ahead of America's NASA plans for colonization in the early 2030s, envisioned by the past TV series Mars.

Space Taxis to the ISS

SpaceX accepted an agreement with NASA in mid-December 2015 to send two Dragon capsules to the International Space Station every year. Space taxi drivers will be needed in greater numbers.

Aerospace and aviation jobs will need the services and products of the following larger employment sectors, at average wages from top to bottom of the list (highest to lowest) of $65.47/hour to $15.08/hour:

America will need at least 89,000 Aerospace Engineers and thousands of related technicians by 2022.

No new inventions are needed to land humans on Mars. We will certainly not send couples.

To Work on Mars, be Confident, Definite and Flexible

Working in outer space is a life-or-death occupation.

Potential workers need to know themselves well, have good analytical skills and the ability to make decisions, have effective communications skills, be time conscious, be effective and even innovative during a crisis, and be flexible in attitude. They should also be a little daring and want to have fun at new adventures.

The year long aerospace experiment involving the Kelly twin astronauts will begin to show us whether the human body can survive in low gravity without massive deterioration of many bodily systems over a prolonged period.

Flight to Mars
This is a popular film from back in 1951. Will it come true in 2023? - Four men and a woman crash land on the Mars after severe damage in a meteor storm to their ship. The book is a favorite of mine, because we have four men and four women at NASA training since 2013 to actually fly to Mars; and they may encounter similar difficulties.
Buy Now

The International Space University (ISU) is a nonprofit institution of higher learning for the development of outer space for peaceful purposes. Coursework includes: a Master of Science in Space Studies (MSS) and the Executive MBA.

INTERNATIONAL SPACE UNIVERSITY is an institution founded on the vision of a peaceful, prosperous and boundless future through the study, exploration and development of Space for the benefit of all humanity.

Founded in 1987, The International Space University (ISU) is a nonprofit institution of higher learning for the development of outer space for peaceful purposes. Coursework includes:

Located in France, this institution has North American offices at:

Also see Space Scholarships for many more opportunities in aviation and aerospace, including asteroid mining and drone piloting.

Because of the public-private partnerships of the NASA Commercial Crew, the US Space Program is strong and ahead of schedule. In fact, NASA issued an edict in May 2012 for other explorers in America and from international space agencies to leave the US space agency's offloaded materials and equipment alone when they reach the moon.

The first drone (unmanned aircraft) pilot courses began at Sinclair Community College with support from the University of Dayton in Ohio and at Kent State University during 2013. Today, related schools have opened across America. 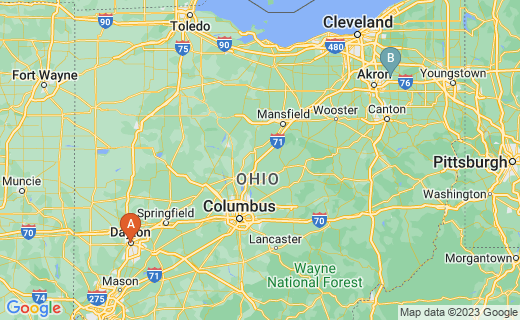