Mining in Space with Prospecting Satellites

Science fiction and futurist literature amassed stories of asteroid mining after WWII. In addition to looking to the skies for private transportation (props and jetliners) and a satellite system with which to warn the West about Communist missile attacks, scientists and senators looked for ways of capturing natural resources from space such as the moon and Mars.

Having little idea how to go about this, they fell back to watch Science Fiction give them some answers.

The bicycle building Wright Brothers were not much believed when they took flight, but after success in 1903, Henry Ford offered the first commercial American Airport just two decades later. Writer Arthur C.Clarke invented the notion of ComSat - communications satellites - and scientists laughed at him, until they themselves produced them.

In the 2010s, we have satellite telescopes prospecting for mine-able minerals on Earth and on nearby asteroids. The Wrights, Henry Ford, and Sir Arthur would be happy.

The Leader In Asteroid Mining.

This company, founded in 2012, is so successful, that films are parodying it already in 2013 (please see Asteroid Film).

Forbes Magazine tells us that the next level of prospecting satellites is full of disposables. Will this lead to more space debris and finally, a Pacific Gyre Garbage Patch in the sky?

Actually, Forbes says that the satellites are for use in battlefield surveillance, but why could they not be adapted for prospecting in congested areas where prospecting satellites are likely to be destroyed while working? See the Ratheon company website for more information on the $1.5 Million contract they won from DARPA for the SeeME disposables project.

From 1945 through 1998, the world experienced the Cold War and the US-Soviet Space Race. From July 2011 and the final US Space Shuttle Mission, forward, the world was presented with the US Space Mining Race.

NASA began gather its private partners in the NASA Commercial Crew well before the last shuttle went up and returned, but most of America was not paying attention that. In fact, some factions were glad for the in attention, because it helped push forward their agenda of reporting that NASA was going to close down in 2012 and 1,000s more jobs than already predicted would be lost in the aftermath. However,that is not so --

Just from the data from the NASA facility in Cleveland, former Astronaut John Glenn's professorship at OSU in Columbus, and two astronautical installations near Newark, Ohio (including a post-secondary school), and the aerospace business expansion in 25% of the state in the Ohio Space Corridor from Cincinnati to Dayton/Fairborn to Columbus, Ohio residents know that NASA is active, may become privatized in the future if necessary.

They know that Ohio is involved in space mining, space transportation that includes freight, and related activities through the manufacture of space habitats and vehicles and related parts. As Wright Patterson Air Force Base was instrumental in developing Space Shuttle Technology, so are its personnel active in the next chapter of space exploration and business: space mining; and long term habitation.

Deep Space Industries playfully patterns itself after Star Trek: Deep Space Nine. It has its own agenda for mining near Earth asteroids and presents the only major competition for Planetary Resources at this writing. Geologist and chemist John S. Lewis joined that organization in February 2013.

Planetary Resources is ready to send up Arkyd-series satellites in 2013, while Deep Space will not launch until 2015. This is all convenient, because --

At the same time, the Google LunarX Prize competition is ahead of schedule by two years, with Lunar landers in early 2013. The moon is a good platform from which to extend space mining activities now and for space tourism expansion in the future. Among other positives, the lesser gravity of the moon requires less fuel on takeoff than that needed on Earth.

Simultaneously, NASA is working the 2013 Exploration Habitat Prize (X-HAB). In this,NASA and the National Space Grant Foundation chose five American universities to participate in a space habitat design contest and ongoing production project. Member companies of NASA's Commercial Crew are also at work and have habitats ready to use on the moon. Planetary Resources (Google is part of it) has been a member of the Crew since its company inception, pre-dating their competition. Still, the Space Mining Race is on-

When you step back and see the big picture of LunarX, X-Hab, and Arkyd, a connection is explosive with moon landing equipment available for use in 2013. 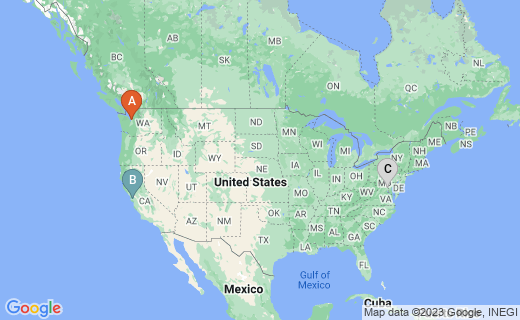 A partner in Planetary Resources

Mining He3 On the Moon 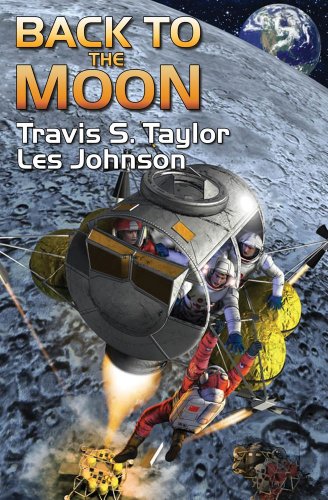 Back to the Moon
Buy Now

Literary websites and university departments think that the Sci-Fi introduction of asteroid mining occurred in a Garrett P. Serviss short story called Edison's Conquest of Mars in the New York Evening Journal in 1898. I would have guessed H.G. Wells.

Some sites go on to mention Sci-Fi in the 1990s as the next batch of asteroid mining stories, but they miss Star Trek: TOS television episodes of mining colonies and the mining novel Miners In the Sky (Murray Leinster) about the same time in 1967. Star Wars in the 1980s also dealt with asteroid mining.

With help from the ASTER instrument aboard the NASA's Terra satellite, scientists at the U.S. Geological Survey have embarked on an ambitious effort to create a worldwide map of well-exposed metal ore deposits.

Who will build the first business on the Moon?