Seven different volcanoes erupted in one day this week, in different parts of the world, providing even more evidence of the impending Polar Shift. While skeptics remain convinced that Nibiru Planet X doesn't exist, the awakened population of this planet are provided with daily reminders of its passage. This article Nibiru Planet X November 24, 2013 Volcanic Eruptions Herald Polar Shift will show how these and many other developing natural events are shaping our world leading to the Polar Shift.

These seven events over a wide range of topographical territory shows that our planet is swiftly undergoing many tectonic changes that the public is not being made aware of at this time. This censorship of information is not an oversight or lack of interest but a designed plan to keep the sheeple from recognizing that the Polar Shift is indeed imminent.

Migrating away from regions that have been inundated by natural disasters is only a natural reaction by those living in the area but a very real concern for governments trying to feed and shelter their populations.

Natural Disasters, as they are called, can be very demanding on the poorer countries of the world that struggle to support their populations even during times of relative calm. It is only natural for people to seek better living conditions elsewhere and this creates refugees.

Many countries have very strict immigration laws, which prevent refugees from entering and of course this restricts those affected by natural disasters from simply leaving. Australia is one of these countries that prevent any boat people from immigrating to their land from the Indonesia region, even though the whole country was founded on immigration (1901) just over one hundred years ago.

As the people living in the island nations in the Ring of Fire are becoming painfully aware of they are literally trapped as their islands sink in elevation, are pummeled by volcanic activity and rocked by numerous earthquakes. Yet only a few hundred miles away more than enough land exists in Australia to provide a safe haven.

Tectonic movement leads to other natural events such as flooding and extreme weather. Because as the surface of the land moves it will invariably raise and lower sea and river beds, which displaces large volumes of water. Often times this kind of flooding is blamed on extreme weather events such as thunderstorms, typhoons, hurricanes and tornadoes.

Make no mistake many governments throughout the world have the capabilities of creating extreme weather and have been doing so for years, because so many sheeple are unaware of this doesn't make it less true. Much of the extreme weather mankind has endured for the last fifty years has been manmade as our governments become better and better at weather manipulation.

A weather weapons treaty was signed into law back in the 70s between all the major Super Powers that would prevent their use during times of war however this treaty did not preclude them from using them in times of peace. Many countries have used this technology to create snow when hosting the Winter Olympics. This is not any new conspiracy or knowledge it is just information that is not widely known.

So when earthquakes occur that alter river beds and coastlines they are often followed by heavy rainfall as a way of masking the flooding that will occur shortly afterwards. This is done by the Powers That Be through weather modification so that the locals and the rest of the world through the Fake Stream Media will not recognize how tectonic plate movement world wide is creating so many floods.

A perfect example of this is Typhoon Haiyan which tore through the Philippines a couple of weeks ago. While it can be difficult for weather manipulation technology to create many large storms, what is done, is to enhance and manipulate through direction existing storms.

By dumping charged particles into the atmosphere ahead of existing storms, they can be lead in a certain direction. These weather modification techniques are unseen but very affective and have been going on for years.

In the last ten years many island countries in the Ring of Fire have actually sunk in elevation by over 40 feet. This phenomenon has gone largely unreported world wide however the locals are quite aware of this and these kinds of drops in coastal elevations are happening right now all over the world.

Indonesia, Australia and the Philippines 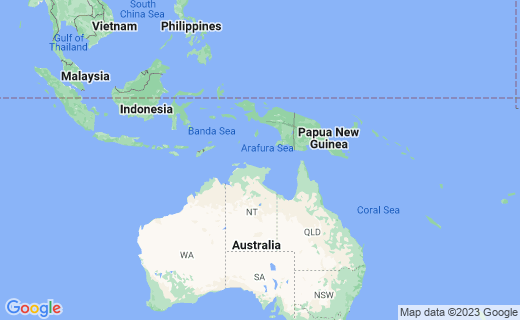 What the Powers That Be Fear

What the Powers That Be Fear is that the sheeple will begin to realize that earthquakes due to tectonic plate movement is the real reason for the rising sea levels, flooding, sinkholes, natural gas and industrial explosions, land and mud slides and bridge and building collapses, not human error, poor craftsmanship and extreme weather.

Because once they do make this connection then it will only be a matter of time before they begin to look for the reason the tectonic plates of the world are on the move. Of course the only reasonable explanation is that a large planetary body is affecting the Earth's magnetic field. Because Nibiru Planet X is difficult to see, TPTB have been careful to discourage any connection to it, such as second sun sightings.

Because this is a new phenomenon, it stands to reason that this planetary body must be a new addition to our solar system. They, The Powers That Be, fear the sheeple will begin to demand answers and recognize the connection that a Polar Shift is imminent. This could lead to panic and a natural migration away from coastlines. Which in turn could lead to a breakdown of the infrastructure of many countries as the sheeple migrate away from ports that allow shipped goods to enter into their countries and ultimately feed the populace.

So far The Powers That Be have maintained this conspiracy of silence and manipulation flawlessly but as the tectonic movement begins to become more severe, as we can see due to the recent rash of volcanic eruptions world wide, the deception will will be exposed. 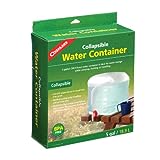 As the magnetic force of our planet changes daily from the magnetic force Nibiru Planet X it has a direct impact on the Earth's weather and regardless of manmade manipulation will cause untold structural (shelter), crop (food) and water damage. One of the least known concerns for areas that are flooded is fresh water.

The influence of Nibiru Planet X has on our planet is not strictly related to tectonic stress but has also increased the wobble of the Earth, which in turn has directly affected our weather by altering the jet stream.

This has allowed more cold air from the polar regions to move towards the equator and pushed warmer air from the tropics northward. The wobble of the earth also has a huge influence on ocean currents, which in turn affects weather patterns.

The storm that swept through Europe last month is direct reflection of this phenomenon, known as extreme weather. However what many people take for granted is our power grid, which millions depend on to supply everyday needs.

As more and more regions of our world flood from earthquakes and tectonic stress, maintaining the crippled power grid caused by these events and storms becomes a very real concern. This is when becoming self reliant, frugal and prepared becomes paramount to survival.

Having a five gallon collapsable water container (filled), a weeks worth of non-perishable food items (canned or sealed) and an emergency pack filled with medicine and basic camping gear can mean the difference between life and death.

However all the preparation in the world, won't help if you haven't created a healthy state of mind, which will prevent you from undo panic and fear.

Our society is based on fear on many different levels that many of us simply do not recognize and because of this we have a tendency to panic when things don't go as planned.

However now is the time to prepare yourself mentally as well as physically by meditating and contemplating what you can do to ensure your survival in times of stress and chaos.

The Powers That Be haven chosen to keep vital information from the public, supposedly to quell panic and keep infrastructures intact however if we pay attention to the signs planet Earth is showing us on a daily basis we can become aware of events and so become prepared for them.

Nibiru Planet X November 24, 2013 Volcanic Eruptions Herald Polar Shift, shows that what we can't see can hurt us, if we are not prepared to survive the unknown. This is why it is so important to share information through the internet while we have the opportunity. Because once the power grid does go down it may take weeks, months and even years to restore it. So now is the time to begin to learn survival skills, educate yourselves on ways to provide for you and your family and be aware of our changing planet Earth.