Meteors like the one that exploded over the city of Chelyabinsk, Russia in the early morning hours of February 15, 2013 will become more common as the Earth passes through the debris tail of Nibiru Planet X. Many witnesses of this event noted a loud explosion as it streaked through the atmosphere at 40,000 miles an hour. This article Nibiru Planet X February 17, 2013, Meteor Showers are Just the Beginning will try to explain why these events will become more common in the near future.

The tail of Nibiru Planet X is a vast debris field of space dust, meteors and asteroids that this complex of planets and moons have collected as it orbits our Sun every 3,657 years. Nibiru Planet X is now located very close to our Sun as it moves out of our solar system and so any meteors caught in the Earth's magnetic field will appear to be coming from the direction of our Sun as our planet passes through Nibiru Planet X's tail.

Some sources in Russia have claimed it was able to shoot down this meteor at an altitude of 20 kilometers with a missile salvo from its air defenses, if so it is possible that it helped to prevent an even larger impact on the surface of the planet, even so the impact wave of the explosion shattered thousands of windows and injured as many as 1,200 people.

Many of the people injured came from exploding glass from windows that were shattered by the loud explosion and resulting shock wave. Hundreds of buildings were damaged including the roof to a Zinc factory and natural gas unit for heating was cut to many homes.

Another meteor also struck the town of Rodas, Cuba Friday, February 15, 2013, residents say that it was very bright, as big as a bus and it exploded in the sky making a frightening loud noise. Not much is known about this fireball but that the shock wave shook houses nearby.

Fireballs like these two have increased in frequency being reported around the world and here in the United States as well. These events will begin to increase as the Earth moves into the debris field of Nibiru Planet X.

Many people have wondered about the timing of the Pope's resignation but this has only confirmed my belief that many of the world's leaders are attempting to distance themselves from public scrutiny in the wake of the unravelling coverup of Nibiru Planet X and the UFO phenomenon.

While certainly the Pope's health should be considered a factor in his resignation, what is not being said is that he may be trying to prevent himself from becoming involved in events yet to unfold but known by The Powers That Be to be inevitable.

When the existence of Nibiru Planet X and the extraterrestrial phenomenon is finally revealed to the world it will become obvious to many that the public has been lied to for a very long time. I for one would not want to be in a position of authority and try to explain this lie to a very angry public. Considering the recent pedophile scandal that has rocked the foundation of the Catholic Church trying to explain the revelation that they have known of the existence of Nibiru Planet X for at least the last twenty years could be a very stressful and even life threatening activity, why not bow out now and remove yourself from public scrutiny?

An increase in large earthquakes are being reported globally as well as a rise in volcanic activity. This can only be related to the tectonic plate movement of the Earth caused by the presence of Nibiru Planet X in our solar system.

The Powers That be have attempted to float the theory that this increase is due to the recent rise in ocean levels displacing the weight of the Earth's crust from melting polar ice sheets, however the increase in large earthquakes began in 2003 when Nibiru Planet X entered our solar system.

The rise in volcanic activity world wide is contributed to the displacement of the Earth's crust where tectonic plates meet. Nowhere is this more evident than in the Caribbean where many volcanoes have awoken along the Cocos, Nazca and South American plates.

The Powers That Be use the media to explain these events in terms the public can understand while refusing to allow scientist and experts to reveal the true reason behind these events themselves. This article Nibiru Planet X February 17, 2013, Meteor Showers are Just the Beginning was written to show how what seems like unrelated geographical events to the public are really just pieces in a far larger picture when brought together reveal the presence of a large planetary body in our solar system.

Like the UFO phenomenon those in power believe that if the truth is known they will no longer be able to influence and control public opinion and they may very well be right. These events will only increase as we move closer to the inevitable Polar Shift as Nibiru Planet X leaves our solar system. However soon the truth will be known to all as the Nibiru Planet X complex becomes visible to the naked eye and the geographical events escalate far beyond what can be explained reasonably. 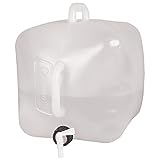 After reviewing the first comment made on this article I decided to add what is currently known about meteor strikes to the planet Earth in recorded history. While it is true that perhaps hundreds of small meteors strike the Earth everyday, large meteor strikes like the one in Russia on Friday, February 15, 2013 ARE NOT normal everyday occurrences.

It is estimated that about 500 meteorites reach the Earth's surface every year but only about five of these are actually large enough to be detected by radar and recovered on the ground. No human has ever been killed by a direct meteor impact although many have been injured by the explosions caused by meteors breaking up in our atmosphere as was the result Friday in Russia.

The most famous meteor, comet or asteroid event ever recorded, although it is still has never been confirmed, was located near Tunguska, Siberia, Russia in 1908. Scientists believe a comet/meteor/asteroid exploded over this location upon entering our atmosphere and the resulting shock wave destroyed over 80 million trees, although no human deaths were ever verified.

Other nations soon followed this technique for tracking meteors and since then many meteor impacts have been located and the stones recovered for study. Such as the one known as the Innisfree meteorite which was the only meteor recovered from a program that ran in Canada from 1971 to 1985, a clear indication that large meteors like the one in Russia are not a usual occurrence as the commenter below would like us to believe.

From 1975 to 1992 the US missile defense early warning system identified 136 major explosions in the Earth's upper atmosphere from meteors.

So while these large meteor strikes are rare events they do seem to be on the increase in recent years. Because of technology many will argue that we are able to track these events more easily than before but if you look at the data such as the program in Canada during a fifteen year period of looking specifically for meteors they only located one, the evidence suggest otherwise.

The five large meteor strikes recorded since the year 2000 do seem to indicate that this article Nibiru Planet X February 17, 2013, Meteor Showers are Just the Beginning is right on target and that these events will become more common in the years leading up to the Pole Shift.

However common large meteor fireballs may have become in recent years they are by no means a usual everyday occurrence as the commenter below seems to suggest with his ill-advised statement.

The recent article in The European Union Times titled Russia Orders Obama: Tell World About Aliens, Or We Will only underscores how secrets are kept from the public on a global basis. It has been widely believed that government leaders conspire to keep secrets from the public on a wide range of important events, discoveries and information.

Recent AP and Gallup Polls here in the United States indicate that over 75% of Americans believe EBEs (Extraterrestrial Biological Entities) exist and that 60% believe they have visited Earth and still do.

The longer World Governments wait to disclose this information will determine how the public reacts to the sources that reveal what many already know to be true.

Regardless of when this information is released it only underscores how the coverup of Nibiru Planet X could be achieved. Considering the UFO phenomenon has been kept secret for over sixty years it is not hard too understand how the Nibiru Planet X complex, that cannot be viewed through normal telescopes on Earth, could be kept a secret as well.

First the presence of Nibiru Planet X was covered up with the Global Warming excuse but when that explanation no longer worked The Powers That Be (TPTB) introduced us to Climate Change, which was the focal point of Obama's State of the Union speech. Now that even the Climate Change explanation is being revised daily and new theories are trotted out for public consumption it becomes easy to discern that the public is being lied too!

Without a doubt ocean levels are rising however they are not the reason the planet is under going an increase in tectonic plate movement, large earthquakes and volcanic eruptions on top of the rise in extreme weather events, sinkholes, land and mudslides, flooding, coastlines sinking, shipping disasters and tsunami's.

Until TPTB are willing to come forward with the truth it will be up to the public to safeguard what many are now realizing to be the truth, that Nibiru Planet X is real and has been in our solar system since 2003.

The meteor in Russia is prime example of how the world governments soon will be unable to spin global events away from the truth. The longer they wait to fully disclose the truth to the public the greater the risk to their credibility will be.

Hopefully in this article Nibiru Planet X February 17, 2013, Meteor Showers are Just the Beginning I have chipped away at the coverup by showing you how easy TPTB have used the media to protect the one secret they don't want the public to know.