As Congress and the House of Representatives here in the USA take an unscheduled two month vacation and now Heads of State the World over are afraid to travel, it seems clear they know something we don't. In an attempt to keep my readers updated on Nibiru Planet X October 8, 2012 Disclosure of the Apocalypse Imminent will focus on more than just the ongoing geological upheavals but the warnings signs being exhibited by those in the know.

As the cover-up of the Nibiru Planet X complex begins to unravel and disclosure becomes not a question of if but when, how The Powers That Be hope to save face in light of the many recent developments becomes anyone's guess.

I won't be reiterating any of the past events covered in my last four articles published in September as I have provided a link to these articles in a side bar.

One of the most glaring signs that something is amiss is when MILLIONS of Wells Fargo, PNC and Bank of America customers are unable to do any online banking all at the same time due to supposed cyber attacks. Now this story was initially blamed conveniently on the Iranians, go figure, but in my estimation is related to events closer to home.

What better way to prevent a panicked public from making withdrawals than to create a false cyber banking attack that supposedly will take months to fix. By creating this scenario The Powers That Be can then sit back and judge public reaction just in case the real scenario were to take place, say in the next couple of weeks?

Another glaring sign that those in power are beginning to panic is the increase in cancelled travel plans as detailed in the video below. Because the cancelled travel of various World Leaders is too numerous to list simply becoming aware of them will allow us to recognize this trend when we read about it or notice it in the news.

Because Obama is unwilling to travel even to New York City preferring to stay away from coastal regions, the Secretary of State Hillary Clinton took over his role and met with various World Leaders.

"[Clinton and Netanyahu] had an in-depth discussion on Iran, and reaffirmed that the United States and Israel share the goal of preventing Iran from acquiring a nuclear weapon," the State Department statement read.

Disclosure of Nibiru Planet X has many World Leaders concerned that their citizens may react in a negative manner and this more than anything is keeping them at home to practice damage control.

Jupiter and Her Moons

What I found almost laughable was the recent scenario envisioned by Scottish Astronomers for a way of reducing rising global temperatures. In affect the scenario envisions finding an asteroid of the correct size, towing it into a position at a Lagrange Point and blasting it into space dust so that this fine dust would act as a shade and block the solar radiation we receive from the Sun and allow us to lower the temperature of the Earth.

Those boys have been smoking the good stuff, maybe they already got a hold of some 'asteroid dust' and snorted it!

Amateur astronomers around the globe are now revealing many of the anomolies that have been occurring in space as the coverup of the Nibiru Planet X complex continues to become transparent.

The normal position of Jupiter's Moons as seen from Earth are at the 9 o'clock and 3 o'clock positions. The photo at the right clearly shows them tilted and positioned differently, much like the transit of Venus across the Sun showed up at a different angle from what NASA scientist predicted.

These signs from other planets in our solar system coupled with the Earth's severe Wobble should provide enough proof for even the skeptics to reevaluate their beliefs.

The recent powerful 7.3 earthquake in Columbia shows that the global tectonic stress is not slowing up and may in fact be increasing. According to Edith Cabeza the Columbian Security chief this was the most powerful quake to hit the country since the one in 1983 that killed at least 250 people.

Although more than 50 million people felt the recent 6.2 earthquake in Honshu, Japan, there was no damage reported. What seems to be the biggest concern from officials is the heightened cell phone use from people that felt it trying to find out if loved ones are all right and how severe the damage is.

Not only is the Ring of Fire continuing to create powerful earthquakes and volcanic eruptions the same thing is happening in Europe, the Middle East, the Caribbean and now the Atlantic Ocean.

These earthquakes coupled with recent volcanic activity in the region show that the tectonic plate stress being essentially ignored by the mainstream media is much more severe than is being reported.

The El Hierro Volcano in the Canary Islands has been experiencing a flurry of small earthquakes for the last week, over 15 since Thursday 10-4-2012. Combine this with the large earthquake in the Mid-Atlantic Ridge and it shows more activity than authorities are willing to admit.

According to the USGS the Mid Atlantic Ridge is one of the most well known and studied fault lines in the World and yet when searching for information on the recent large earthquake in the area, beyond the initial report very little information is available.

The Mid-Atlantic Ridge, which splits nearly the entire Atlantic Ocean north to south, is probably the best-known and most-studied example of a divergent-plate boundary.

Multiple sites report the recent earthquake but other than that no other information is available. This is a common disinformation tactic designed to keep the public guessing while down playing the importance of any event.

As the continuing extreme weather threatens area's of the World unaccustomed to it, land and mudslides become a more common occurrence.

The recent mudslide in China's Yunnan province due to severe earthquakes in the region are now being blamed on torrential rain.

The bodies of all 18 schoolchildren buried under a landslide in China have been recovered, officials said Friday, as authorities defended returning them to school following recent deadly earthquakes.

When the real reason is revealed to any story that gains popularity in the Global News, the truth is quickly changed to keep the public from making a connection to the ongoing Polar Shift.

Persistent rain was the primary cause of a mudslide that killed 18 elementary students and one villager in southwestern China, the official Xinhua News Agency said Saturday.

Another story that happened here in North America in July shows that conflicting reports and confusion often keep the truth from being reported.

The blame for these recent mudslides in the Pacific Northwest is being put squarely on a rash of rainstorms in the area that have supposedly dumped large amounts of rain in very little time, yet nothing has been mentioned about the Juan de Fuca plate that experiences a flurry of tremors and slip events on a regular basis.

These events are what geologist studying the area have called triggers to perhaps a large mega-quake.

The Cascadia subduction zone, where the Juan de Fuca tectonic plate dips beneath the North American plate, runs just off the Pacific coast from northern California to the northern edge of Vancouver Island in British Columbia. It can be the source of massive megathrust earthquakes on the order of magnitude 9 about every 500 years. The last one occurred in 1700.

Whether or not a mega-quake is imminent these slip events and tremors are more than likely to blame for the flurry of mudslides in the area that the mainstream media is reporting as due to rain. After all the Vancouver and Washington region of North America is known for its rainy weather so getting large amounts of rainfall is nothing new or unusual to the region.

However these tremors and slip events are definitely signs that the area is building to a bigger event, the question is not if it will happen but when.

"Each one of these slip events puts more stress on the area of the plate boundary where megathrust earthquakes occur, which is shallower and farther to the west, bringing you closer to the next big event," he said. "There's nothing to tell you which one will be the trigger", said Kenneth Creager, a University of Washington professor of Earth and space sciences.

I would suggest that the 'trigger' could very well be the ongoing Polar Shift and Nibiru Planet X. 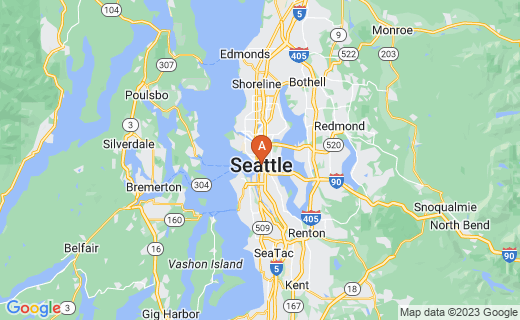 Does anyone else find it disturbing that there is a fundamental lack of critical information on Nibiru Planet X and the Polar Shift?