The first Firenado ever recorded on video, although it has been mentioned many times in ancient text as 'Pillars of Fire' in the Bible. The quote below is part of Exodus from the Bible in which Moses leads his people to safety.

Many of the events of the Exodus such as the parting of the Red Sea have been compared to descriptions of a Polar Shift . . .

And the LORD went before them by day in a pillar of a cloud, to lead them the way; and by night in a pillar of fire, to give them light; to go by day and night:

It was filmed by Australian Chris Tangey a film maker scouting for a location to film a new movie.

Signs of the Polar Shift

Once you become aware of what to look for, learning to read between the lines to determine the truth in mainstream media reports, becomes much easier. In this article I hope to shed some light on some extreme weather events that have made the news and yet the 'whole' story was not told in order to keep the public from connecting the dots to the ongoing Polar Shift and ultimately Nibiru Planet X.

Many people have been wondering why the presence of the Nibiru Planet X planetary complex would be kept from the public's awareness, this is done for the purpose of control.

The Powers That Be fear what the public's reaction will be to the news that not only is there a large planet in our solar system but that it has been here for at least TEN years and is responsible for not only 'Global Warming', but 'Climate Change' as well.

They fear that the public will stop going to work, that they will use this as a reason to riot. Those in power fear that by going public it will cause such outrage and hysteria as to cost many of those in power their jobs and their security.

They also fear the public will withdrawal all their money from banking institutions and stop paying their bills, creating an economic crisis, after all since Banker's really run the World this could be the number one reason.

Certainly many in power feel the public has a right to know but fear that leaking this information could be detrimental to their immediate health. Many astronomers have attempted to do just that over the last ten years and ALL of them have met with tragic deaths under suspicious circumstances.

This is why it is important to recognize the signs of the Polar Shift on your own, after all even when they do eventually go public with this life changing information, how will anyone be able to trust them after realizing they have been lying to you for decades.

That being said let's take a look at some of the signs that perhaps the whole story isn't being told in the mainstream media when extreme weather events happen worldwide.

When Flooding Isn't Caused By Rain

Often times you will read about major floods occurring that is supposedly cause by torrential downpours and yet very little rain fell at all. Sometimes the rain that supposedly caused the flooding occurred in the mountains many miles away. Often times these floods will happen to towns that are on or near the coastline of seas or the ocean.

What is not being reported is seismic activity in the region that is causing river beds and coastlines to either rise or fall. It has been largely recognized but rarely reported that when earthquakes and seismic activity happens in a particular region that it also triggers extreme weather in the area, such as tornadoes, lightening and thunderstorms.

This has been happening worldwide and because only the locals are aware of the weather conditions and often times are more concerned with their own safety than correcting mainstream media reports this kind of information is put out without anyone refuting it.

Another sign to look for is reports of bridges collapsing and railway derailments, however this maybe reported as train delays, power outages and traffic light system's malfunctioning causing traffic jams.

The rash of bridge collapses in America in the last ten years has been blamed primarily on old infrastructures and under-maintained bridges and rarely has the cause been attributed to seismic activity or earthquakes.

Another common tactic is to report only the injuries, location and damages without reporting the cause, this allows the public to make up the rest. If an eyewitness can be told what 'happened' then they will fill in the blanks to the story.

"Everyone 'knows' flooding is caused by rain or hurricanes or dams breaking, but don't equate earthquakes with flooding!"

How many people have claimed to have seen a 'car accident' and yet when questioned it is revealed that they heard the 'collision' but the only thing they 'saw' was the aftermath.

The point to this type of reporting is to maintain the media blackout on the presence of Nibiru Planet X in our solar system. This planet is four times the size of Earth but 23 times as dense (think in terms of a lead ball compared to a baseball, both being the same size) which creates a strong magnetic force in the solar system.

This force has caused the Earth's Wobble to increase creating the conditions for the Arctic Ice to melt, for tectonic plates (Ring of Fire) to slide around and shift and volcanic activity to increase. It also causes the Earth's Ocean's to move or slosh around creating more shipping accidents, such as the Costa Concordia.

The mainstream media has been forbidden to report the real reason for many of these 'accidents' and sometimes have had to be creative so as not to sound like complete fools. Of course, anyone that tries to report the truth is instantly labelled a conspiracy freak or my favorite term a 'Nutard'.

That being said let's take a look at some recent extreme weather, railway derailments, bridge collapses and flooding events and see if the BS Detector begins to start spinning wildely, shall we!?

Other Extreme Weather Events of 2012

Powerful typhoon injures dozens, causes traffic disruptions and blackouts as it heads to Tokyo although this area of the world is used to this kind of weather this typhoon caused major flooding.

Brr-isbane's out cold as longest winter weather chillin 17 years makes us shiver is the headline for record breaking weather in Australia as the month of August is coldest in 40 years.

Trans-Canada at Sask.-Alberta border still shut supposedly due to torrential rain and yet photograph after photograph show nothing but blue skies and sinkholes.

Japan Snowstorm Kills 52, Crushes Steel Bridge when it dumps over ten feet of snow in a little over two months.

DERECHO IN DC: SCIENCE AND SURPRISE this incredible strong windstorm swept across the Midwest from Chicago to DC destroying everything in its path.

Are Sinkholes Caused by Rain?

This article on Yahoo News is the perfect example of how disinformation, contradictory statements and confusing reports create false reporting while sounding like the voice of authority. I have highlighted in bold the sentence fragments which caused my BS Detector to begin spinning!

A tornado swept through a fair ground in a Spanish town, knocking down a Ferris wheel and injuring 35 people, while the death toll from flooding in the same southern part of the country rose to nine, authorities said Saturday.

The Friday tornado damaged several rides and cut electricity in the temporary fair set up in the main square of Gandia, according to its town hall website. It said 15 of the injured were seriously hurt, all of whom were treated on site.

These people were seriously injured but treated on site? . . . Hmmm?

Local media reported the fair in Valencia province was closed to the public at the time of a thunderstorm and that all the injured were fair workers.

So of everyone that was injured NONE were taken to a hospital, no way to confirm injury report!

Just inland from the Mediterranean coastal town, four more victims of Friday's flash floods southwest of Gandia were found overnight. They included a middle-aged woman in the town of Lorca. Last summer Lorca was hit by Spain's deadliest earthquakes in more than 50 years, leaving nine dead.

So nine people were killed last year, which just happens to be the same amount of people killed due to flooding this year (in the headline)?! Hmmm! Notice this is a coastal town!

A spokeswoman for the regional government of Andalucia told The Associated Press on Saturday that the heavy downpours and resulting high waters had claimed the lives of five people in the province of Murcia, three in Almeria and one in Malaga.

The spokesman, speaking on condition of anonymity in keeping with government policy, said that a 52-year-old British woman was missing in Almeria as well as one homeless man. Five people originally declared missing had been found alive.

Now these missing people are alive?

Local media reported that hundreds of citizens had to be evacuated throughout the region.

The flooding disrupted high-speed train service between Madrid and Valencia and various regional lines, while bridges and roads were also made impassible.

RED ALERT, RED ALERT . . . it doesn't say the tracks, bridges and roads are under water, just that they have disrupted traffic!

The heavy rains which started on Friday morning are expected to continue throughout Saturday, with the front moving north toward Catalonia and the Balearic Islands. 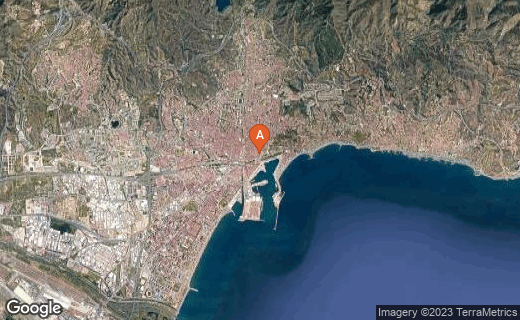 Notice the coastal location where rising ocean levels combined with sinking coastlines can create rivers to back up!

Again with the torrential downpours causing flooding and yet no mention of the seismic activity in the area causing volcanic eruptions and 6.9 earhquakes!

Three volcanoes in the area are on yellow Alert the Cleveland, Little Sitkin and Ilamana and a huge 6.9 or 7.2 earthquake (depending on your source) just occurred on Andreanof Island, in the Aleutian Island chain of Alaska.

But the US public is being told that the flooding is due to torrential rain not river beds rising coastlines sinking and the Ocean backing up the local rivers.

When reading articles or listening to Newscasts have you felt as if you weren't being given all the information?

Did you know that in 2003 the US Supreme Court ruled that Television News Station were not required to tell the public the truth?