Author's Photos of the Sun

From exploding meteors to amateur photographers and even stories on Russian Television of NASA sending satellites to track down Nibiru Planet X begs the question 'Just when will official disclosure of Nibiru Planet X occur? In this article Nibiru Planet X September 30, 2012, Disclosure of the Apocalypse I will discuss just when or if full disclosure will ever take place and some of the evidence pointing to the Polar Shift.

When can we expect governments to begin to react to the news that Nibiru Planet X is here now?

Well, considering the United States Congress has recessed well ahead of its normal time in December and past its normal time in August one could speculate that the rumors of a Presidential announcement on the topic of Nibiru Planet X are true. I would have to say that American Congressmen obviously know something we don't.

The Legislative Reorganization Act of 1970 stipulated a 30-day recess each August, except in time of war.

House Republican Leader Eric Cantor (R-VA) announced Friday that after next week, the House will stand in recess until November 13.

A two month vacation, recess what ever you want to call it sounds to me as if they know something the rest of us don't . . . do you get the feeling you are not being told the truth?

Gee folks, as the December 21, 2012 Doomsday scenario draws to a close the US Congress suddenly doesn't want to be in town that is built at or below sea level, basically a swamp. While the President and his cronies are out West campaigning they also are well away from any coastal areas, is this a coincidence?

Recent articles are now saying that rising ocean levels ostensibly due to melting Polar Ice sheets could 'potentially' flood the East Coast (Washington DC), Florida and Gulf Coast States. That coupled with any adjustment from the New Madrid Fault Zone could create major geographical upheavals and flooding along the Eastern Seaboard.

These articles coupled with the US Congress and House of Representatives taking a unexpected two month vacation and thousands of sightings of Nibiru Planet X world wide and here in the US seems a might suspicious to this writer.

I have taken six very interesting photographs of the Sun in the last week and will share them with you and allow you to decide for yourself if they are 'sundogs', 'lens flares', 'swamp gas' or 'weather balloons', of course they could be Nibiru Planet X but don't tell anyone it will be our secret.

Judging on how many of the rich Elite 'In the Know Types' that are left in Washington perhaps they already know?

"Although Congress always ends work in election years to allow members to return home to campaign, this year marks its earliest departure in decades."

Rumors continue on Russian Television of increased activity by government leaders world wide in anticipation of a major announcement by the United States concerning the Nibiru Planet X complex and Polar Shift.

While this may not be some earth shattering news the fact that the US and New Zealand governments are lifting a ban on US warships in the area is a clear sign that New Zealand is anticipating the need for a US military presence.

Could this indicate that the New Zealand government will have a need for the US Navy in the near future perhaps due to the continued Ice melt and ensuing land grab in the Antarctica and or the possibility of the ongoing seismic activity due to Nibiru Planet X and the Polar Shift.

"These changes make it easier for our militaries to engage in discussions on security issues and to hold cooperative engagements that increase our capacity to tackle common challenges," he said.

Land in New Zealand is being bought up by the rich elite of the world such as James Cameron despite the protest of the native people. This should be a clear sign of anyone paying attention that the Southern Hemisphere of the globe will endure the Polar Shift much better than the Northern hemisphere.

In an attempt to keep abreast of the increase in seismic activity world wide, I have begun listing major earthquakes and or volcanic activity as it occurs, below is just a few of the major increase worldwide.

Previous Articles in the Series 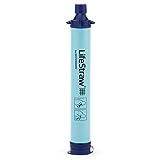 This raises many questions and makes one wonder what else has been hidden from the public for so long. Read below part of a front page story in the Washington Post that has gone largely un-recognized by the mainstream media due to the recent cover up and media black out of Nibiru Planet X and the ongoing Polar Shift.

A heavenly body possibly as large as the giant planet Jupiter and possibly so close to Earth that it would be part of this solar system has been found in the direction of the constellation Orion by an orbiting telescope aboard the U.S. infrared astronomical satellite. So mysterious is the object that astronomers do not know if it is a planet, a giant comet, a nearby "protostar" that never got hot enough to become a star, a distant galaxy so young that it is still in the process of forming its first stars or a galaxy so shrouded in dust that none of the light cast by its stars ever gets through.

"All I can tell you is that we don't know what it is," Dr. Gerry Neugebauer, IRAS chief scientist for California's Jet Propulsion Laboratory and director of the Palomar Observatory for the California Institute of Technology said in an interview.

Since this discovery The Powers That Be have decided that the public cannot be entrusted to behave with composure and so have not been told of the impending Polar Shift and affects the Nibiru Planet X complex of moons and planets is having on our planet.

Certainly the public is entitled to Full Disclosure concerning our immediate health and well being. Now that Nibiru Planet X has become visible even to amateur astronomers and the curious public our public officials run for the hills in the disguise of a two month recess.

Images from Around the World

Do We deserve the Truth?

Does the public deserve to be told the truth, despite fears by our government of panic?