North to South and East to West

Puerto Rico is the smallest island of the Greater Antilles located in the tropical zone of the world globe. This island is 100 miles long by 35 miles wide. The capital is San Juan.

Puerto Rico is the island where I was born and actually live. Paul Erlich said “The fluttering of a butterfly's wings can effect climate changes on the other side of the planet” and I apply this quote to the fact that the climate here has it’s variations from North to South; El Yunque Rain Forest averages 180 inches of rainfall yearly while the city of Ponce (southern part of the island) averages 40 inches a year. From East to West you are able to differentiate the temperatures since the central interior mountains are always cooler than the rest of the island.

I guess these characteristics are similar in many other things or situations. Everything has another side like night and day, dry and wet; Havelock Ellis said “The Promised Land always lies on the other side of a Wilderness.” For most people it’s summer all the time here in Puerto Rico, but we do have a great variety in God’s creation due to the climate. 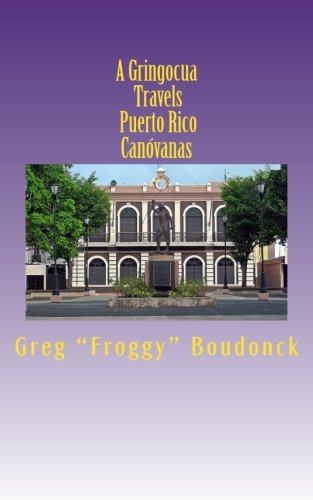 We are so proud of living here in Puerto Rico that my dear husband Froggy213 has been writing about the different 78 municipalities, including several smaller islands and keys, including Vieques, Culebra, and Mona. I encourage you to read about them in his hub's named The Pueblo's of Puerto Rico and in his series of books: Gringocua Travels Puerto Rico.

Planning the trip has been an experience of diverse emotions, we found out that a map not always directs to the right location. Trying to get lost has been kind of impossible also. We planned the trip in many ways from no aids (such as maps) and sometimes with a drawing of the route. As we ride around I have been taking some interesting views which I want to share in this hub.

Between San Juan and Guayama.

Puerto Rico is made of 98km/60mi of coastline between San Juan and Guayama. The trip has an amazing view of beaches and the opportunity of watching the ocean with a romantic scene from the mountains.

Gate of the sun

The west of Puerto Rico is known as Porta del Sol (Gate of the sun) it has great locations for surfing, mountain biking, horseback riding and many other adventures that will make you feel in paradise.

Largest percentage of the island population

The North of Puerto Rico is the largest percentage of the island population and industries, although it has many scenic areas.

The South of Puerto Rico is Known as Porta Caribe; it is drier and hotter than the North of the island. The Cordillera Central are the mountains in the center of the island which captures the rain and it is very little what gets over the mountains to get to the South.

The center of Puerto Rico

The center of Puerto Rico has a mountain range where most of the rivers are born. The variety of fruits, flowers and vegetation in general will be seen. Waterfalls and views from the mountains with the fresh air of nature is one of the most peaceful sensations God gives.

You have a special invitation to visit this island where we the Puerto Ricans will receive and accept you with love.