The Fabulous Destiny of The Snake Pine

The Leiria Pine Forest, also known as the King’s Pine Forest, in Portuguese "Pinhal de Leiria", or "Pinhal do Rei", is a protected forest park. It occupies 174.1 km2 and locates west of Leiria, by the Atlantic coast, in Portugal. Its original area was smaller and locates further north of Leiria. This area was created by the king Afonso III of Portugal in the 13th century in order to stop the approximation of dunes and soil erosion that was threatening the area which was fertile. King Denis of Portugal, son of king Afonso III, further increased the planted maritime pine area, Pinus pinaster, to its present extension. Whenever trees were cut down new plantings occurred. This way the maritime pine forest was kept and preserved up to this day. The Leiria Pine Forest marked the beginning of the maritime pine monoculture in Portugal. The Leiria Pine Forest was very important during the Portuguese discoveries period, 15th and 16th centuries, as it served as the main source of timber that supplied the flourishing shipbuilding industry. Along with its timber pitch made from resin pine was also used to help caulk the seams of the famous Portuguese caravels. Today some old furnaces where pitch was produced still exist and can be visited in Monte Real, a town close to Leiria. The economic importance of the Leiria Pine Forest continued by contributing to the economic development and local demographic increase of the region during 17th and 18th centuries. It was the main factor promoting industries such as shipbuilding, glass industry, metallurgy and resin derivatives production. As of today its importance still remains apart from being a wonderful and popular natural park highly visited. It sure invites you for a visit, especially during summer.

Apart from its beautiful landscape and wonderful location the Leiria Pine Forest has a very unusual inhabitant which is the reason why I decided to write this hub. Among the several classified and protected trees there located there is one type that is locally known as "Pinheiros Serpente", in Portuguese. Literally it means snake pines. As you can see on the photos it is not hard to think why they are called that way.They are very famous and attract many visitors.They are simply maritime pine specimens growing on very especial and unique conditions. The reason why they grow this way is brought mainly due climate and soil conditions. The strong winds coming from the ocean and the salty sandy soils, saturated with sodium chloride, strongly affect the way these trees grow. Both the trunk and the branches present this twisted and convoluted forms. These specimens are mostly located closer to the beach on the dunes, in more wind exposed areas. The further they locate away from the sea and are thus protected from the wind the lesser they present this twisted shapes. Some specimens are really impressive and are also quite old, up to 200 years old or more. There are also some less numerous isolated populations of snake pines further south down the coast. They can be found on Maçãs beach, near Sintra, west from Lisbon. Unfortunately these specimens are mostly threatened by human action, mainly collectors and people who think on having pieces as exotic souvenirs.

Pinus pinaster, the Maritime Pine, is a pine native to the western and southwestern Mediterranean region. Today and due to their economic importance their range extends from Portugal and Spain north to southern and western France, east to western Italy, and south to northern Morocco, with small outlying populations in Algeria and Malta (possibly introduced by man). It generally occurs at low to moderate altitudes, mostly from sea level to 600 m, but up to 2000 m in the south of its range in Morocco. It is an medium-size tree, reaching 20 to 35 meters with a trunk diameter of up to 1.2 m, exceptionally 1.8 m. While young it has pyramidal shape with its large branches widely spaced. As it grows and becomes older it presents a rounded shape on top of a long trunk. The trunk is covered with a thick bark, rough, reddish-brown colour and is deeply split. The Mediterranean sub-species tend to have thicker bark, which can occupy more than half of the section of trunk. The bark is orange-red, thick and deeply fissured at the base of the trunk, somewhat thinner in the upper crown. Its leaves are evergreen, needle-shaped grouped in pairs, like in all pines, with 10 to 25 cm long. It is a monoecious species, i.e. both male and female cones exist on the same specimen. The female cones with 8 to 22 cm long by 5 to 8 cm wide are symmetrical or almost symmetrical; light brown and shiny when ripe. They mature in late summer of the second year. The cones open slowly over the next few years, or after being heated by a forest fire, to release numerous winged seeds easily dispersed by wind. In Portugal it was originally a spontaneous species growing in sandy soils of the sea coast north of river Tagus. Today, due to the human action they are dispersed throughout the whole country but mainly concentrated in the central and north regions. The maritime pine is one of the most important trees in forestry industry being planted for its timber in France, Spain and Portugal. It has also been introduced in Madeira Island where it represents about 70% of the planted area. Apart from its great economic interest it is also a valuable species in its traditional ecosystem. On forming extensive forest areas it protects against the wind. Its extensive and deep root system contributes to dune and sandy soil fixation, and allows for the recovery of poor and eroded soils. Its scented and resin wood, of light red or reddish-brown colour has many uses that go from carpentry to paper and fuel production. As with most gymnosperms and specifically with all pine species it produces resin. The resin of maritime pine is highly valuable and is extracted for the manufacture of paints, varnish and turpentine. The trunk bark is rich in tannin which is used in tanning. It is also used as a source of flavonoids, catechins, proanthocyanidins, and phenolic acids; notably the natural patented extract antioxidant and anti-inflammatory pycnogenol. In addition to its industrial uses, maritime pine is also a popular ornamental tree, often planted in parks and gardens in areas with warm temperate climates. 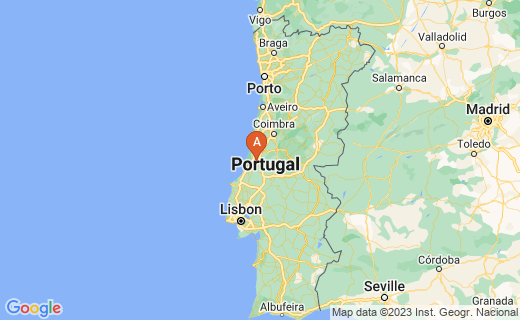