Leonard Nimoy's Spock is the Symbol of the Tricorder XPrize

Tricorder Invented by a Belgian and XPrize Participant

NASA and the Wright Patterson Air Force Base's departments of Aerospace Medicine and Human Performance have been developing the medical Tricorder since approximately the mid-2000s, but they lost the Tricorder Race.

More precisely, WPAFB lost its place in the race when the Quaalcomm Tricorder XPrize ran a contest to spur people to invent the Real McCoy of Dr. McCoy's famous medical device. The device is produced at NASA's Ames Research Park in California.

A surprise is that the contest test is not yet completed! The awards ceremony will not occur until January 2016 and there is time for additional versions of the Tricorder to emerge. We may see versions for geology, atmospheric science, human or animal biology, and many others. This is an exciting time!

The instrument was built in 2013, to be placed in the near future on sale to the public for $149.00. By the end of 2014, working units were distributed to those who helped fund the project.

You might remember the XPrize when it produced SpaceShipOne and the Google XPrize when it resulted in dozens of Lunar Landers ready to go to our moon. Science does not always need a government grant! Medicine is benefitting from the XPrize now as well.

People around the Ohio AF base mentioned, especially those who grew up with the original Star Trek® television, books, and comics, are joking that, much like the clearsteel(TM) invention scene in Star Trek: The Voyage Home, McCoy and Scott must have visited Belgian businessman Walter De Brouwer as he was studying the processes used by hospital staffs to diagnose patients.

By the way, we nearly have clearsteel. At this stage, it is translucent.

We do not know what XPrize winner De Brouwer gave the Enterprise's doctor and the miracle working chief engineer in return, but rumors say that they gave him plans for a small round devise that simply sits against the patient's forehead. It is manufactured in white, but will soon be available in black.

How was this idea funded? -- By crowdsourcing $1.6 Billion through IndieGoGo, according to the journal DNA India on February 16, 2015.

One thing DNA India reported incorrectly is that De Brouwer invented the fraudulent McCoy Home Health Care Tablet (Tricorder). That fake product was actually produced by Howard Leventhal for Canada's Department of Health, he claimed. He still was able to cdefraud an American company of $800,000. until the FBI and the RCMP intervened.

Reporters like John Marzulli of the New York Daily Times have been quoting Dr. Leonard McCoy on this one: Are you out of your Vulcan mind!?

Crowdsourcing was also responsible for Planetary Resources (Google Execs, James Cameron, Richard Branson, and more) raising large sums of money in just 24 hours to put hundreds of telescopes into the skies for everyone to use free-of-charge via the Internet.

The new Tricorder measures the following vital signs and beams via Blurtooth technology to a SmartPhone app:

In the near future, I suggest that De Brouwer, et.al. add EEG (electroencephalogram), a toxic substances screen, and a screen for alcohol, prescription drugs, and illegal recreational substances. EMT crews in particular could help people more quickly with such additions.

I've also been reminded by a Hubber friend that a reading of blood sugar level would be most useful. I am sorry I forgot that one. 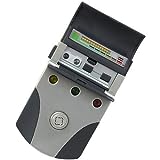 STAR TREK Electronic Tricorder
This is a toy, but children and adults learn from toys and games. This Tricorder behaves like the ones in Star Trek (R), but give no real readings.
Buy Now

If you are a Hubber and would like to leave a memorial message for Leonard Nimoy, visit this HP Forum link. 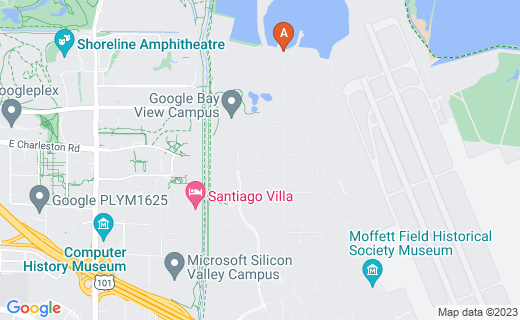 Science Officer Spock is one of the icons used for the Qualcomm Tricorder XPrize. Leonard Nimoy was quite happy for this to occur October 2012 to January 2016.

The Qualcomm Tricorder is for everyone, not just healthcare professionals.

XPRIZE is an educational nonprofit organization whose mission is to bring about radical breakthroughs for the benefit of humanity. (http://tricorder.xprize.org/)

Scanadu Scout (TM) and Other Tricorders

The first viable Tricorder iteration from the related XPrize program is named for the land of Xanadu crafted by the poet Samuel Taylor Coleridge in his iconic poem Kubla Khan, or A Vision in a Dream. A Fragment. In it,Xanadu substitutes for the Chinese city Shangdu, where the Summer Palace of the emperor was maintained in a sort of magical city.

Consumer testing of the workable Tricorders in the contest is set for Spring 2015, so check your local news and the website for announcements. We should see a range of differently-functioning Tricorders and a call for people who would like to test them.

To accompany the Scanadu(TM), the inventor produced Scanaflo(TM) for urine testing as well.

Other scientists and inventors have been working on Tricorders outside of the XPrize competition. For instance, Dr. Peter Jansen began the Tricorder Project in Ontario, Canada and advanced it at the University of Arizona. He is interested in cognitive science, artificial intelligence, neural nets, and cognitive robotics, among other topics and wants to encourage the public to use science in daily life.

NASA in Cleveland is still working on the transporter.