Youth Put a Lunar Lion On the Moon

Youth and His Team Sending a Landing Device to the Moon

July 20, 2014 was the 45th Anniversary of the iconic first Apollo Moon Landing.

The last human moon landing was in 1973 by America's Apollo 17 astronauts and the last unmanned missions ended with the USSR/Soviet Union’s Luna 24 on August 22, 1976.

The next lunar landing of any type at present is expected to be that of a team including an ambitious young man in the Civil Air Patrol (CAP). CAP Cadet 2nd Lieutenant Ben Garelick of the Pennsylvania Wing of the Civil Air Patrol is an important part of the team that can launch the first spacecraft and lander to the moon by 1) a private company or 2) a university.

Penn State is the only university in the competition.

The team includes 265 people at Pennsylvania State University that are competing in the Google LunarX Prize contest with a final deadline in the year 2015. The contest goal it to successfully design, build, and launch a landing unit to the moon. After that, the lander is to record and send data to Earth, and then jump, burrow, or fly across 500 meters to another spot and transmit additional data.

Several Google LunarX Prize teams had their camera-equipped landers (like rovers that do not roll) ready to go two years before the 2015 deadline, in 2013. None were launched and the public did not know the cause of the delay.

What we now understand is that the LunarX teams must also raise money and then design and manufacture an entire launch rocket (Commercial Launch Vehicle or CLV), at least two large rocket engines with the help of 3D printers, and other parts and equipment; pay fees for renting an area of Cape Canaveral or other spaceport launchpad and related facilities, and meet other expenses.

Note: Penn State was able to pay its launch fee early, in 2013, at a cost of an undisclosed amount (rumored to be $100,000) to Team Phoenicia LLC, of Menlo Park, California. This is a company that decided to drop out of the LunarX contest and concentrate on providing lower cost launches while retaining high quality, accuracy, and safety. (Retrieved 09/5/2014 from Penn State Lunar Lion Press Releases at http://lunarlion.psu.edu/press-release-roaring-to-the-moon-lunar-lion-pays-launch-reservation-fee/)

The top prize in the contest is $30,000,000 but expenses may add up to a larger amount. The expenses at NASA required to complete such a project tower above this prize purse.

Many teams were unable to complete their missions, because of the costs and the amount of engineering and manufacturing steps required by the project. The Penn State team overcame those obstacles. Their project is named the Penn State Lunar Lion.

Ben Garelick (twitter.com/B_Garelick) has benefited in astounding ways from his career in the Civil Air Patrol and form personal experience. His father was one of the First Responders at the 9/11 attack on the World Trade towers in 2011.

The organization is an axillary to the Unites States Air Force, but not part of the military. The youth members range in age from 12 to 21 and train hard in Search and Rescue so that they can aid first Responders in a number of emergencies, including national disasters.

The youth cadets and senior members (over age 21) have been instrumental in saving lives in circumstances involving tornadoes, avalanches, mudslides, blizzards, airplane crashes, and several other types of emergencies during the many decades since Pearl Harbor. Youth especially have related opportunities to learn to fly and earn a private pilot's license.

Two good friends of mine are retirees who are senior members and still very active in Search and Rescue Drills (SAREX). Men and women from Middle School through their 70s accomplish unexpected successes in training and in the field during actual emergencies, the oldest members giving advice and aiding in other ways. Americans who are looking for something in which to take pride in our country can look to them.

During WWII, CAP members flew their own planes without payment or reimbursement of any kind to defend the US Eastern Seaboard against German U-boats that attacked commercial oil-tankers, going so far as to drop bombs when necessary. This is the type of volunteer dedication behind parts of the Penn State Lunar Lion.

Ben is a freshman at Penn State at this writing and is very excited and dedicated to Lunar Lion. A New York City son, Ben joined CAP in the Brooklyn Tech Commander Squadron as a freshman in high school. He was particularly interest in the aviation and aerospace exploration program that CAP offers. Further, he is instrumental in planning and executing Search and Rescue ground training drills; he also serves as an evaluator and fills additional duties.

This young man is an important part of the Lunar Lion propulsion system team (see information below). His efforts and those of his teammates will ensure that the lander will be able to complete a single hop of 500 meters (1,640+ feet or about 1/3 mile) over the surface of the moon to broadcast images and other data from a site beyond the original landing footprint.

Ben is our designated Space Encyclopedia... He sends NASA technical reports to other team members while pointing out how cool the content is.

The Penn State team was able to procure four single-propellant engines to power their Lunar Lion once it is on the moon. The four engines, powered by H202 (hydrogen peroxide), will propel the lander through the air in a 500-meter hop.

The theme of the Lunar Lion team project is to keep things simple. less expensive, and less time consuming, so a single-ingredient propellant is perfect for the Lion.

The Lunar Lion is Smart

Like NASA and its 63+ company Commercial Crew of private partners, Penn State LunarX team leaders made public and private partnerships in the fields of design, engineering, aerospace, manufacturing, and several other arenas.

The Lunar Lion team includes Penn State students and staff as well as scientists and engineers in the associated Penn State Applied Research Laboratory. You can follow Lunar Lion on Twitter at twitter.com/LunarLionPSU.

In early September 2014, Lunar Lion's Mission Control Headquarters was opened and its twitter handle is twitter.com/MissionHQ. The headquarters is open to the public for visits, according to latest Twitter posts.

Leaders from Lunar Lion also participate at some events at the local Discovery Space Museum:

Program Director Bryan Miller, a Research and Development Engineer with Penn State who flew with the US Navy.

Director of Development for Research and the Graduate School, Steve Blake. With nearly 30 years of successful experience, he is likely the biggest reason that Penn State has been able to raise fund to complete the Lunar Lion project.

Spacecraft Systems Engineer Doug Kelly, who has a wide range of experience in tactical and wireless communications and several other space of space exploration and defense.

Systems Engineer Brett Saylor, with a long history of materials, manufacturing, and repair expertise used in aviation and aerospace projects for NASA, the US Department of Defense, state agencies, and private business. 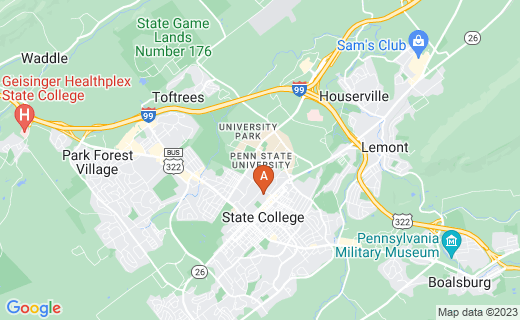 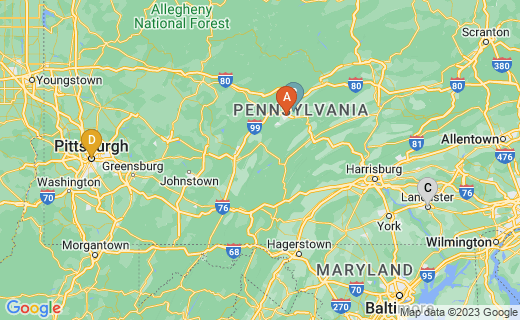 Other Students in Space Projects