Science, inquisition, fairies and witchcraft are they related?

What could science inquisition, fairies, and witchcraft have in common? I thought of them as a good way of teaching children and adults science and history. Why? First, most people do love mythologies and fairies and demons, witches and the sorts. If not, give me one reason for the Harry Potter series being so popular? What about Dan Brown's books that bring together history spiced with mysteries, sorcery, secrecy, Illuminati, Mason, scientists, and priests all together? Again, think about it. For me, a common point was the inquisition also called dark ages for science at least.

A few days ago, I saw a program about Dan Brown's Book Angels and Demons (History Chanel). The program was seeking to decode the mysteries presented in the book. It sink in me that although as a scientists one faces huge challenges these days, e.g., the media wants to keep people in darkness or uninformed about climate change...The government and some business are attacking EPA (The Union of Concerned Scientist call it: The Attack on Science). I wonder if this a new inquisition? Is science being put to the test of flames?

Prosecution campaigns to discredit science and scientists are not new. It happened to Rachel Carson by the Chemical Companies (Rachel Carson website). It happened to Ignacio Layolla by Monsanto (Documentary The World According to Monsanto). It happened to some of the most recognized climate change scientists by the some of the major conservative media outlets. We do not call that inquisition perhaps, because, there are no soldiers, no witches, and no fire involved. Scientists have been fired for daring to inform the public. This is particularly true if they are working in a borderline subject (something that brings big money but may cause cancer, sudden death, heart attacks, and so forth).

Bernardo Gui's in the Inquisitor's Manual (c.1324), instructed inquisition the inquisitors to ask sorcerers and diviners about fairies who bring good fortune or who run at night (Encyclopedia of Witchcraft). I would have been caught there not for being a sorcerer instead because I just make up stories of fairies sleeping under mushrooms in my front yard ...Perhaps I would have dared to say that those were fairies of good fortune. I am pretty naive sometimes, so I would have thought that that may have been a good answer for people looking for ''the good of humanity.'' The inquisitors in their own perspective were freeing the world of the other bad people. Sounds familiar?

The media likes to pair science with evil. For examples, listen to the news at night...the fairies that run at night. Who are those? They are not of the kind that bring good fortune.

Originally the inquisition prosecuted people who were worshiping fairies or believe in fairies. The fairies were images that formed part of witchcraft rituals. Later, The Inquisition lost interest on fairies and prosecuted Satan-worshippers and also the Illuminati and the Freemasons, and Galileo and other scientists too.

Perhaps the pooling of everybody in the boiling pot represented a fear of knowledge different than the one accepted by The Inquisitors and the people in power (their bosses).

Perhaps, because those ancient people were fascinated with fairies, the term fascination was original synonym with betwitch or allure. Now, we could say some scientific discoveries are fascinating. And we may be gladly fascinated with science and scientists--which are the magicians that can transform things by the way of knowledge.

The word Fjolkunnigir is a Norse term for magician and also a holder of great knowledge. So you can see how from ancient traditions such as the metaphysical seekers came to be the science we now know as chemistry and many other cool things we know in science.

Some of the Illuminati, another group consider as occult but who were also involved in the ''enlightment', were piled up to be cooked alive. They may have defended knowledge that we now accept as rational (this is a postulate, I don't know about their whereabouts).

Many people you know as scientists and politicians also have been involved in Freemansory, which is also believed to have influenced other rituals such as High Ceremonial Magic, Umbanda, and Vodou. These people also known as spiritual seekers* were prosecuted in Europe after the inquisitors were done with the witches and wanted yet a little more bloody espectacles to keep people in fear.

Many people talk about the connections between science, religion and spirituality. Though there are some links such as in the transformation or alchemy and chemistry--and the power of transformation that lies behind science, other links are more difficult to pursue. While I learn more about this topic, keep an open mind and know that we do have something in common.

The commonality that places the witches, the illuminati, the Free Masons, Muslin, Christians, atheist, agnostics, and scientist too-- all in the same pot is is that we are all humans. With the exception of the fairies or faries we shall find common ground if only for the fact of sharing a similar physiology.

Until next remember you are a human and they are too!

The real meaning of magic is the power to create. We all have that power. Use yours for the good of humanity!

ps. I do not endorse any religious or anti-religious organizations mentioned herein. I do endorse science and good fairies too!

Science, Galileo and the Inquisition 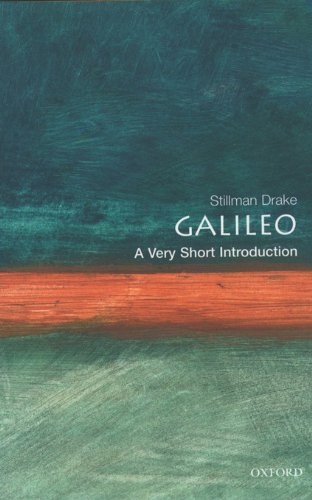 Books about the Inquisition