What Is the Free Mason and the Freemason Masonic

There are so many individuals who are dying to know what really the Freemason Lodge is because they have heard so many negative and positives about it. The truth is one can only know the truth about it by becoming a member because no present member or expelled member will divulge all that it entails. However most literature written by expelled masons describe it as the most deceptive secret society one could ever imagine. The higher up one goes is the more he realizes that he has been taken for a long ride.

The original masons or operative mason is said to have started back in the very early or before 15 century with a group of men, stone masons, who used to build large churches and cathedrals. They believed that only the elite were awarded certain privileges, those who believe they were the only ones with knowledge because they were educated and should have the final say in matters of great importance to society. These masons met in lodges at lunch time to share lunch, to share knowledge about building and used symbols which exclude others when they communicate.

Later as time goes by gentlemen or speculative masons men who were not masons were invited to join and were inaugurated through ceremonies and rituals. Formerly blacks, women, children and the poor were exempted. The speculative mason or the modern can be traced back to the founding of the Grand lodge Great Britain somewhere in the 18 century.

This era was a time of political and religious turmoil that was splitting families and society. The mason was one body in which all men could have one common ground where there was no opposition.

This group of masons who became a secret society developed etiquette between them by making use of ritual and symbols. The symbols were the tools use by masons but had various meanings attributed to them by the society. Because of the mystery associated with them many important people became members. The members were referred to as brothers. The secret of the mason was kept by the use of oath and rituals.

The Lodge has Basically three lodges he Blue Lodge, The Scottish Rite and the York Rite which when all combined to make 33 degrees to aspire to, but many member stop at the 3rd degree of The Blue Lodge. There are three degree in the blue lodge and comprise the lowest degree of the 33 degrees. The names of the Blue lodge degree are:

A member may do through all the degrees comprising of the blue, Scottish rites or York rites .The Blue lodges is said to be the simplest or the initial stages . It is said to act as the cover of a book but not the book It is however the parent or the mother lodge. If one gets expelled from the blue lodge one is automatic expelled from the other two. 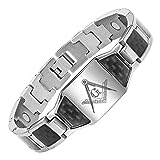 The main substances of the lodges is said to be found in the higher degrees and is said that one must open the book to see what lies there in. It is also said it has shocked many mason to see what lies there, one wonders what would be the reaction of the layman. In the lodge new members swear to remain loyal to the lodge or the brotherhood and its teachings. These teachings instruct one how to serve and sets out the reward for the type of services rendered. For some of the higher degrees the degree is conferred and bitter by drinking bitter wine from as skull. The oath taken states that if the member divulges any of the secret all the sins that the owner of the skull did will come on him.

So what then is the lodge? Here is the concise definition given by some of the master masons.

As said before one can move to one or both branches Scottish advance from the numeric 4th -33rdThe York goes through what is called chapters and commandeering degrees and end with the degree of Knight Templar. One can only know the true facts if one becomes and member by applying and enter through another brother.

N.B.There is a new and recent speculation and asumption that Barak Obama is a 32 degree mason and because the freemasons is secretive there could be more degree to the lodge .Because Barak is a new breed of president then there could be a 44th degree. It is said he is one because he uses the special 2 or 3 finger hand symbol like all other masons and secret societies member and their families. As absurd as it may seem this is what is expected when individuals do not know or is seeking to taint an individual..

Read what others say about Obama and the freemason