Ever since Admiral Richard E. Byrd claimed he had been kidnapped by an underground civilization, there have been those that believe in the hollow earth theory.

This is a theory that the earth is really hollow and that there are as yet undiscovered civilizations living beneath the surface of the planet.

Although this may seem unbelievable to many, there is an increasing belief that whilst the earth may not be hollow, perhaps there are “lost” civilizations living in huge cave networks underground.

In recent years there have been many archeological finds of ancient underground cities, some many stories in depth. This has given credence to the belief that, at least in some stage of our history, underground civilizations existed, even if they do not still exist today.

What if though, all the underground civilizations were not ancient?

What if there was proof of a much more recent civilization living underground?

The secrecy of the old Soviet KGB has become almost legendary, especially during the “Cold War” era.

With the discovery of a huge secret underground establishment having been built under Mount Yamantau, the highest mountain in the southern Urals, what other KGB secrets are still left to be unearthed?

It has been suggested that during the cold war, in case of nuclear war, the KGB had established some cities underground.

In 1991 the KGB was dissolved after a failed coup of President Mikhail Gorbachev. What secrets were lost with the disbanding of the higher echelons of this organization?

There have been increasing reports by explorers, that whilst exploring cave passages under Russia, they have encountered people that disappear down passages when seen. 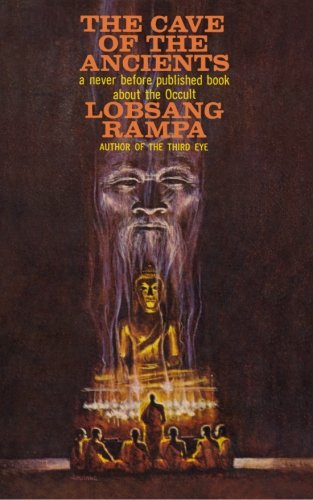 The Cave of the Ancients
Buy Now

If this was true in our recent history, could it not also be true for instances in the past?

Could it be true that because of our fears, we have left populations to exist underground?

Originally planning to live in possible isolation for years: have they survived or even thrived in their new world?

What technologies and beliefs have they now adopted?

Do they have dreams, plans or hopes of one day returning to live on the surface?

With the increasing finds of huge underground passages and old underground cities, is it inevitable that at least one set of people in history had been abandoned?

Is it possible that human’s apparent love and fear of war has created its own threat?

Is it possible that a future “alien threat” may not come from the skies but from beneath, from humans that we ourselves alienated?