On May 6 of this year, in Bernards,New Jersey a crater appeared in some body’s front yard.

This hole was about 18 inches deep and the size of a coffee table. No explanation has yet been forthcoming as to its cause.

Local Police Captain Byrnes says that debris was spread over a 100 foot area but has had confirmed by the bomb squad, no explosives were involved.

Jerry Vinski, the Director of a near by Planetarium, first suspected a meteorite strike. However he had to later say that it was not a meteor. He said, all meteors have traces of metal, yet they had gone over the site thoroughly with metal detectors but had negative results.

It was suggested that something may have dropped from a plane. An intensive search of both the hole and the surrounding area could find nothing.

Another suggestion has been made: that due to earthquakes and other land movements, an underground hot spring, broke the surface. Water would have exited the ground and then evaporated leaving no evidence. The problem with this theory is that any displaced debris would have fallen back into the hole. 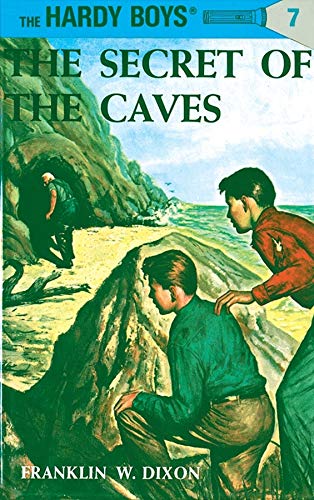 The Secret of the Caves (Hardy Boys, Book 7)
Buy Now

Is This A Mystery?

Maybe not. One theory that cannot be dispelled, at this time, is that if something exited the ground and then had its own power source to fly, then the evidence left would be the same as that being reported.

In New Jersey’s recent history, there have been reports of small spherical UFO sightings. Where did these reported UFO’s come from?

In other Hubs of mine, I have examined the possibility of ancient or alien civilizations living underground. Also there is an increasing number of people starting to believe in the “Hollow Earth” theory.

Is it possible, that when we look to the skies for the source of UFO sightings, we are looking in the wrong direction?