Inside the Library of Congress

The military is to kill people and break things.

Powerful Words Will Be Commemorated

Huckabee's statement from August 6, 2015 appeared in various iterations in hundreds of media posts and articles within 24 hours of his quip. The sentence will doubtless appear in books, poems, plays, and a Saturday Night Live skit - perhaps during a cold-opening farce parodying the first GOP debate leading up to Election 2016.

The sentence is powerful in a way to elicit praise and puns from the public and it may one day be celebrated as powerful literature. Banners of the sentence may fly somewhere at our national book festival.

The festival in 2015 commemorates the 200th anniversary of collecting Thomas Jefferson's personal papers and books for the Thomas Jefferson Building of the LOC. During the War of 1912 - 1814, the British burned 3,000 books belonging to the US Congress. Jefferson offered his personal library to replace those volumes.

America Loves Books and Writing With a Festival Begun in 2001

The United States of America has enjoyed and hosted a National Book Festival since 2001, begun under the George W. Bush Administration by the efforts of First Lady Laura Bush and the leadership of the Library of Congress (LOC).

Subsequently elected US Presidents have also enjoyed and promoted this festival to literature and literacy. While we may have been at war for more years than we care to remember, America has also been developing a literary culture, even including books about the military.

As Mike Huckabee, who writes books, stated in the first GOP Presidential Nominee Debates on the evening of August 6, 2015:

That is a sobering comment. Sure, writing is better than physical fighting.

In the wake of the British army’s burning of the roughly 3,000 books belonging to Congress at Washington, Jefferson offered to sell the nation his own collection. There were 6,487 volumes in Jefferson’s hands; in the words of the National Intelligencer, the library “for its selection, rarity and intrinsic value, is beyond all price. They formed the core of the new Library of Congress.

I abhor war and view it as the greatest scourge of mankind...War is as much a punishment to the punisher as to the sufferer.

Origins of a National Book Festival

Our one-day national book festival began during the Bush #43 years, through the Library of Congress Center for the Book, which was founded in 1977 at the end of the Vietnam Era.

The book festival advocates for national recognition and promotion of literacy, reading of all sorts of media (and listening to lyrics of music), and libraries of all kinds. It also opens information to the public about the history and heritages involved in the development and continuation of American literature of all kinds and all ethnic entities in the USA and protectorates.

Since 1984, all of our US States, DC, and the US Virgin Islands have Centers for the Book.

My state's Center for the Book is located in Cleveland is a large library, but in Columbus, we have the Ohioana branch at the State Library of Ohio. The state library is located in the historic Jeffrey Manufacturing Company complex, a place that was home to the production of safety bicycles, mining machinery, and wartime vehicles and machines. Photos of scenes form the manufacturing floor are displayed around the building.

Campus of the Library of Congress 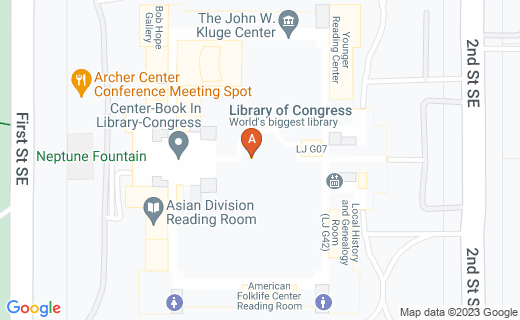 I Cannot Live Without Books! 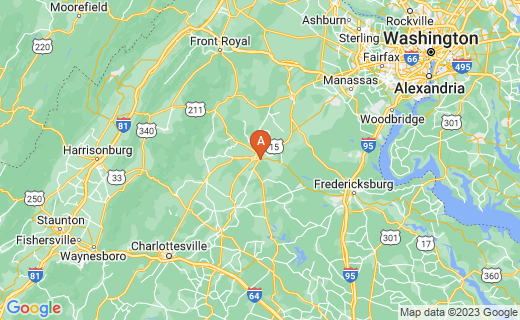 Important movies, graphic, photos, spoken word, and musical media are preserved in this department of the Library of Congress.

Writing Books at "Busboys and Poets" in DC

Citizens, visitors, and our friends around the world see books/eBooks, plays, poetry, and the body of literature on the increase in America. They see it in massive and tiny neighborhood book stores, on the sharing shelves of coffee shops, on review sites like Goodreads, in radio and television book reviews, in social media, and dozens of other venues in cyberspace and on Earth. They see it on the International Space Station as astronauts read and write.

A stunning piece of evidence for recognition of our literary development is the establishment of six units of the company Busboys and Poets by an Iraqi-American, Anas "Andy" Shallal, an artist and activist. The six-shop chain is Number One on Entrepreneur Magazine's list of Great Coffee Shops to Work In. I might move to DC just for that!

The company is listed as " a community resource for artists, activists, writers, thinkers and dreamers" and commemorates the renown poet Langston Hughes, who also worked as a busboy at the Wardman Park Hotel.

Perhaps one day we will write and not fight, but until then, we can celebrate the increase in the appreciation of books and authors at our National Book Festival. 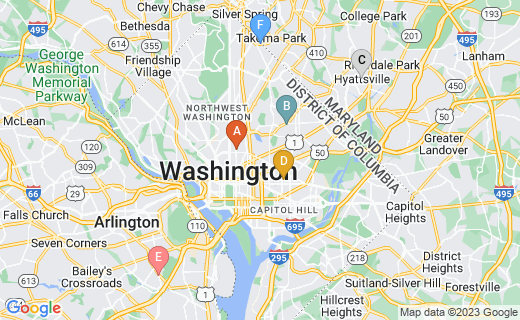 Honesty is the first chapter of the book wisdom.

Where Is the National Book Festival?

The book festival is held at the Walter E. Washington Convention Center during Labor Day Weekend annually, from 10 am to 10 pm for 12 hours of reading, writing, and poetry fun. Contests and family activities will be available as well.

The book festival is open to everyone and attendance is free, but kiosks with books and other materials will be available for those who wish to buy merchandise.

Hundreds of presenters and entertainers in poetry, prose, and music will be delighting the crowds in 2015 and every year. This is an excellent, inexpensive way to spend Labor Day Weekend.

While residing in Paris, I devoted every afternoon I was disengaged, for a summer or two, in examining all the principal bookstores, turning over every book with my own hand, and putting by everything which related to America, and indeed whatever was rare and valuable in every science.

The White House web site maintained a dedicated page for the National Book Festival from 2001 through 2008, then stopped updating it under the Barack Obama Administration. At the same time, Barack and Michelle Obama have served in leadership roles of the annual event 2009 - 2015.

Some information appears on the Library of Congress website concerning years 2009 - 2014, especially the past art posters for each year, but it is scant data compared to the now "frozen" White House page and links.

US Presidents and staff in the future would do well to adjust the dedicated White House page to reflect each administration's contributions together, perhaps in reverse chronological order. Meanwhile, you might like to visit Read.gov to learn about official promotion of reading and literacy in America.

"In 2013, 35 percent of fourth-graders and 36 percent of eighth-graders were at or above proficiency in reading." Girls outperformed boys.

— US Depatment of Education 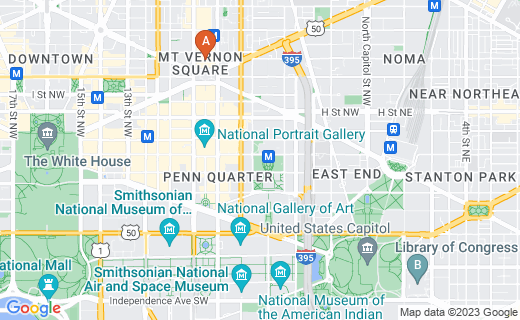 Who Will We See at National Book Festivals?

At least 150 different authors, poets, and illustrators will speak and give presentations at the festival during its 12 hours. Book signings and interviews will also occur. Genres include nearly all, except erotica, but Romance has its own section.

Some of my favorite people are presenting -

Escape Into a New World: Read!

Kate DiCamillo, who has been writing for several years, recently developed her own format in hardcopy youth books that we will never be able to experience fully in an eBook.

Kate gave the world Flora & Ulysses: The Illuminated Adventures in late 2013. It is my kind of story: laugh-out-loud, its characters eccentric and engaging. However, along with text, she and artist K.G. Campbell include some pages with comic book style sequences and even full-page graphics. It is a print multi-media type of thing that kids love.

This and her other books make her deserving of the national recognition she has achieved. She was not writing for fame, so that makes her doubly respectable.

If you have no intention of loving or being loved, then the whole journey is pointless.

— Kate DiCamillo in "The Miraculous Jouney of Edward Tulane" 2006

Rich Cultural and Historical District We Need to Preserve

The convention center is north of the district that includes the White House, Supreme Court, US Capitol, the multi-museum Smithsonian Institution, the US National Holocaust Museum, and the Library of Congress. Any one of these facilities is priceless in its architectural history and the artifacts and data that it contains.

The National Book Festival provides an opportunity to visit this district and experience the weight of American history, arts, and culture. Most of the venues are free to visit.

Americans need to be able to visit these places and have the opportunity to appreciate their country through the eyes of hundreds of years of past events and lives.

If you visit the LOC, look for a copy of the Iroquois Confederacy Constitution, the founding document of the oldest representative democracy of the world.

Reference Map to Washinging DC and the LOC 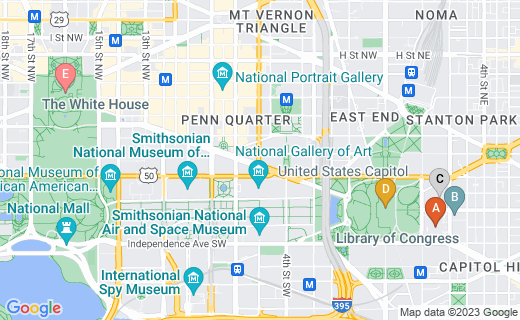 The Library of Congress Living Legends are persons officially recognized by the LOC for creative contributions to American life. They are not supported financially, as are South Korea's Living National Treasures, but our legends are still help up to the public as inspiration.

The following list includes a selection of the Library of Congress Living Legends and you can see the entire group at LOC Living Legends.

Muhammed Ali - Inspirational and controversial, he no-showed at a Tonight Show appearance with Johnny Carson, who looked into the camera and told him never to come back. They made peace and Ali returned. Today, he is inspirational not only for the Olympics and boxing, but for overcoming the symptoms of age-related diseases. He keeps going.

Laura Bush - Recognized as an activist and reformer in her own right, aside from being the First Lady to George W. Bush. She instituted the idea of the National Book Festival.

Pete Seeger - Pioneer in American music writing and performance, as well as an activist.

Several musicians are included among the Living Legends. Some of them are Johnny Cash, Dolly Parton, and B.B. King.

I hope one day that LeVar Burton will be recognized for his long-time work on the PBS series Reading Rainbow.

Past Legends - About Writing and Why We Write

E.L. Doctorow said, “I start with an image or even a phrase of music or a phrase of language that I find very evocative. And so, I start writing to find out why I’ve had that feeling."

He also explained that as a younger person, he read "everything he could get his hands on."

He won the 2014 LOC Prize for American Fiction that was to be presented during the 2014 National Book Festival, but he died several days before the event occurred. His words mentioned above have spurred much writing and expansive thought. Writers and would-be writers cherish his work and his words.

Doctorow won the National Book Award for Fiction as well in 1986, but it is only one of several writing awards he accumulated in his long life.

Find a Book Fair in your local community or visit the book sale at your public library. Find a garage sale and look at books you've never imagined anyone would write. Read everything you can and then write something.