This book aptly named Wisdom roars! It roars with wisdom quotes, highlighting great global leaders, it roars with challenging our values both as individuals and as a society. If you need a special gift, if you need a fundraising idea for your non-profit - this book hits a home run. The book is called "Wisdom" by Andrew Zuckerman published in association with Abrams Books, New York, NY 2008. Zuckerman who was best known for his fine art photography of animals now has created a even greater work of art - great global leaders with inspiring stories and quotes. "Wisdom" is a great book to start a new family tradition. It is a family book. It is a book of values. Start a new family tradition by quoting and sharing words of wisdom at the dinner table with the family members at the next holiday gathering. Having all members come prepared to share their favorite quote and have them share their feelings on the quote.

Journey with me as we taste some of the quotes (the stories are even better), the photos are amazing and the presentation is true artwork. This is one of the most entertaining books of the decade - simply wonderful!

"One of the greatest gifts we can give to another generation is our experience, our widom. "

"Peace is the greatest weapon for development that any people can have."

“You have to be taught to hate.” 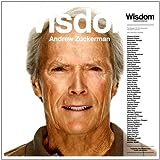 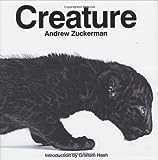 Who is Andrew Zuckerman? He is an award winning photographer who has travelled the world in order to bring to us amazing photos. Formerly best known for his photos of animals and birds.

Now in this book called "Wisdom", he combines his artistic talents to present not just an individual, their stories, their life, but also leaving us with a quote - a quote to inspire all of us to greatness. Zuckerman interviewed distinguished individuals on every continent. This is a gift of a lifetime, a book of global proportions but with humanity at the very heart and essence.

The visual presentation of the photos and the white background showcase Zuckerman's artwork. In some places in the book, the point size is huge - perhaps 24-26 or more for some of the quotes!

The quotes are timeless, the photos of leaders around the globe this is in Hub Pages terms – a true “evergreen book”.

"One of the greatest gifts we can give to another generation is our experience, our widom." Desmond Tutu

Book opening “Inspired by the idea that one of the greatest gifts one generation can give to another is the wisdom it has gained from experience, multi-award-winning photographer and filmmaker Andrew Zuckerman has recorded the thoughts and ideas of fits for he world’s most prominent writers, artists, designers, acts…and a time-less portrait of the common experiences that unite all of us.”

The book comes complete with the Wisdom film DVD!

Quotes - Only a Handful Are Presented Here

To give you a small taste of the quality of the quotes within this book-here are a few of the quotes-the book is much better but I believe this showcases the breadth and depth of the book.

“A good head and a good heart are always a formidable combination.”

"There are few misfortunes in this world that you cannot turn into a personal triumph if you have the iron will and the necessary skill."

"It is what we make of what we have, not what we are given, that separates one person from another."

"Peace is the greatest weapon for development that any people can have."

"Wounds that can’t be seen are more painful than those than can be seen and cured by a doctor."

"I learned that to humiliate another person is to make him suffer an unnecessarily cruel fate."

"I learned that courage was not the absence of fear, but the triumph over it. I felt fear myself more times than I can remember, but I hide it behind a mask of boldness. The brave man is not he who does not feel afraid, but he who conquers fear."

"Overcoming poverty is not a gesture of charity. It is an act of justice. It is the protection of a fundamental human right, the right to dignity and a decent life."

"If the experience of South Africa means anything to the world at large, we hope that it is in having demonstrated that where people of goodwill get together and transcend their differences for the common good, peaceful and just solutions can be found even for those problems which seem most intractable."

Burt Bacharach – The book tells some wonderful stories including Burt's loves of “notes” - paper notes (although he does musical notes also!) notes that say or remind him that "today is special" and notes "to look at the other notes"!

Dave Brubeck – “You have to be taught to hate.”

“I remember my wife saying, “Look how the Nazis taught the Nazi youth movement. We could have taught the love movement.” Someday we might get there if we really tried and really educated the youth of the world.”

Zbignlew Brrzezinski – “ To resolve conflict, excessive ambitions and one’s own fears and aspirations must be sacrificed.”

“For people of different faiths to coexist, it’s going to take maturity, wisdom, and patience. All of which come, eventually, with tolerance. And it’s a process of time.”

“Today, with America being a beleaguered global power, in part because of its own mistakes, it is absolutely essential that the American democracy refocuses its concerns towards global issues and does not approach its own specific problems on the basis of, to some extend, self-induced fear.”

Clint Eastwood – “if a person is confident enough in the way they feel, whether it’s an art form or whether it’s just in life, it comes off- you don’t have anything to prove; you can just be what you are.”

Frank Gehr – “ A new idea is obsolete in seconds, right? I just said it and now it’s obsolete.”

Nadine Gordimer – “Writing is a discovery.” Autodidact…..def? no formal ed, ed library and books…”old age is a second adolescence.”

Denis Healey – “ I’ve got a happy marriage, which is the most important singular thing.”

“Unless you understand the history of a situation, you can’t ever hope to solve problems.”

"…war inside countries is all too common.”

And he goes on to instill more words of wisdom by relaying to the reader that the experience of war taught us that we are interdependent.

John Hume– “ We’re much closer together in the world today than we ever were in the psot. Given that it is a much smaller world, we are in a stronger position to shape that world. As we enter the new century, and anew millennium, let us create a world in which there is no longer any war or any conflict.”

John Hume confides to the reader that the European union is the best example of conflict resolution.

Billie Jean King– “You have to see it to be it.” “We have, or have had women presidents or prime ministers in Liberia, Chile, Germany, Great Britain…and yet the US of A still hasn’t had a women president. It’s just beyond my thinking. Look at Congress…”

Henry Kissinger – "Don’t be too ambitious. Do the most important thing you can think of doing every year and then your career will take care of itself."

Willie Nelson – “Be here. Be present. Wherever you are, be there.”

Mary Quant – “Risk it, go for it. Life always gives you another chance, another go at it. It’s very important to take enormous risks.”

Robert Redford….kicked out of college, wanted to be an artist, went to Europe- his words of wisdom to the reader “pay attention, listen, and keep an open mind.”

Helen Suzman – “When you teach, you learn.” “And I really don’t go for religions of any kind. …I reject them all….There were principles I thought were very important….”

Desmond Tutu – “Serve others. The failing recipe for happiness and success is to want the good of others.” “happiness is when I see others happy. Happiness is a shared thing. I feel very diminished happiness if it is something I enjoy myself.“

“Each one of us can be an oasis of peace.”

Biographies From Around the World

Biographies at the end of the book and detail the far corners of the world that Zuckerman included. This is not a one continent, maybe two continents of the world - he covered the entire globe. Countries of birth include England, USA, France, Poland, South Africa, Czech Republic, Northern Ireland, Australia, Canada, Scotland, Nigeria.

Even the acknowledgement in the book was very special.

Special thank you in the acknowledgments to his wife and son,, and Archbishop Desmond Tutu, “who was a crucial shepherd of this project and kindly reached out to all involved.”

Nelson Mandela Foundation for permission to reproduce the images and words. From Long Walk to Freedom by Nelson R. Mandela

5% of the revenues will be donated to a Wisdom royalty pool that will be distributed evenly among charities nominated by the individuals that appear in the book.”

For your school, your non-profit, share a great book, begin a new family tradition.

About the author Andrew Zuckerman was born in Washington DC in 1977. After an internship at the International Center of Photography in New York, he attended New York University’s School of Visual Arts to study photography and film, and graduated in 1999. His photography and film work has been commissioned extensively for leading international brands, and he has received numerous awards including the D&AD Yellow Pencil award for excellence in photography.
Wisdom, a book, film, and traveling exhibition, was launched in October 2008, and is Zuckerman's most ambitious project to date. With the support of Archbishop Desmond Tutu, he traveled the globe to photograph and interview the world’s most eminent elders, creating a comprehensive account of their perspectives and an inspirational record to pass down for generations."

Wisdom is a great subject. Zuckerman doesn't have a monopology on the subject but he certainly created an evergreen book for generations to come with great global leaders who are alive today.  Here are some videos to celebrate leaders who have journeyed to heaven before us but their words and ideas continue to inspire us even today.

Words of Wisdom from Mother Teresa

This is a terrific idea for a fund raising book for most any non-profit. The photos are exceptional, the quotes, the stories will last for generations to come. A great gift for parents who have everything but value those family traditions.

Jackie Kennedy was said to have required both Caroline and John to hand write a famous poem for every holiday. What a great family tradition to start today! And what a great book to wander through and pick your favorite.

Pursuant to the new Federal Trade Commission's rules, I have not received any remuneration for any of these products - no gifts, no products, no services and no contact from the manufacturers