Crip walk (how to do it)

The Crip Walk (C-walk) came into existence for the first time in South Central Los Angeles during the penultimate decade of the 20th century. It may not be wholly appropriate to describe Crip Walk as a dance. It is more in the nature of a walk done by Crip. The basic principle of Crip Walking is to demonstrate one’s hood, area code, or gang by gesticulating with hands or at best spelling out a set of words.

During the early stages, members belonging to JoeShow Riots (a street gang) would use delicate movements of their feet to spell out their names or other Crip words. They may even resort to spelling out the name of their opponent gang and then crossing it out.

Quite often, gangs will use the C-Walk to welcome the initiation of a new entrant. The C-walk was also reportedly used to issue an alert - for instance while plotting a robbery:

The person keeping vigil would stand outside of the place to be robbed and act like a whistle-blower, while the robbers would await the green signal usually in the form of C-walk.

C-walk performed as a rule to West Coast gangster rap and G-funk, it first came to limelight when rapper Ice-T performed a stage-show before the camera during the late '80s. Thereafter, rapper WC would follow suit to further enhance its popularity. However, the performer made it amply clear to the public that C-walk was not a dance and the members lived up to the dictum - "gangstas don't dance they boogie". The basic intent of C-walk was confined only to show love to fellow Crip members.

Understanding the Crip Walk steps is not difficult once practiced a few times: 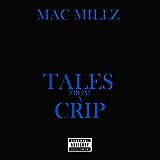 The How to Crip Walk Steps

Stand erect but be relaxed and not stiff. It will certainly be grotesque if you appear stressful. Now stand at ease with the feet three inches apart.

For easy movements, those who are right handed should start with the right foot and those who are left handed should start with left foot. Next, take a baby step hop on to the better foot. The foot should land at a 45 degree angle and the toes should be up while the heel is on the floor. Then marginally bend the knees and stamp the foot down. Repeat the same exercise with the other foot. It may appear complicated, but in reality it is absolutely easy and simple and one can gain proficiency with practice.

Useful hint: A bit of rapid jumping to the left and right, harlem, wave etc can enhance the style. But the above explanatory note should suffice to master C-walk.