I recently learned that Sacha Baron Cohen of Borat and Bruno fame is slated to play Freddy Mercury, yes you read that right. Apparently the news was released in September by iamRogue, and filming is set to start sometime this year. The screen play is set to be penned by Peter Morgan and the the surviving members of Queen -- guitarist Brian May, drummer Roger Taylor and bassist John Deacon -- have given backers their permission for Queen's music to be used in the film.

I know that many people may be thinking that Cohen has played such wild and outrageous characters in the past, so will he even get serious enough to play such a demanding role as the persona of Freddy Mercury? Mercury was such a flamboyant, awe-inspiring and talented entertainer, that it will be hard to fill his shoes. If one looks beyond all the crude characters that Cohen has played, one has to wonder if somewhere in his acting abilities Cohen can surprise everyone and put out a fantastic performance that would pay homage to Mercury; who certainly deserves his life with Queen to be done in a respectful way.

There is a similarity between them, when you look at Cohen, you could actually see him dressed up as Mercury and imagine his outrageous performances onstage. However, other than the fact that they both can grow a mustache and that they both grew up with British accents,(Although Mercury was originally from Zanzibar) the fact remains that Freddy had a prominent over bite that Cohen will have to possibly use some kind of prosthetic to emulate

Hopefully Peter Morgan will do Mercury justice with his screen play and Cohen will rise to the occasion to perhaps star in a break out role for him. The movie is supposed to start out with Queen’s beginnings and go on to how Queen was formed and onto their part into the live Aid show which was basically stolen by Queen.

In my opinion, Queen is the greatest rock band ever assembled, and Freddy Mercury made it what it was. Freddy had such an incredible voice, from his tenor to his baritone, there was no limit to what his voice could achieve. Most of their songs were great as well as their albums, especially Night at The Opera which has been thought of as the best album ever by many, especially me. I was in the 8th grade when Bohemian Rhapsody was released and I remember my friend and I playing it over and over again, we couldn’t get enough of the song, we couldn’t get enough of Freddy, and we couldn’t get enough of Queen. They were mesmerizing to hear and look at. Freddy had a way of seducing everyone from the stage and you just wanted to be a part of him. He was incredible.

Unfortunately Freddy Died November 24, 1991 of bronchial pneumonia due to the Aids virus and when he died his beautiful voice died with him. There will never be another like Mercury, he was in a class all by himself such as Elvis, and the Beatles. It is too bad that he died so young, the world lost a beautiful music maker and a beautiful voice. I still get chills when I listen to Queen and I still miss Freddy and I guess I always will.

Rumor has it that Adam Lambert of American Idol fame was tapped to play Mercury, as well as Johnny Depp. I don’t really care for Lambert as I don’t think he is even closely in the same league as Mercury by any stretch of the imagination, but of course Depp can do anything, and he could probably pull it off as long as the music is of course dubbed. Which I hope will happen anyway, It would be a shame if someone tries to do this part and decide to use their own voice because the music has to be all Queen; Freddy’s music in the movie has to be all Freddy in order to be remotely successful. At any rate, I await the release of this movie and whoever happens to play Freddy Mercury, I hope with all my heart that they give the performance of their lifetime, because Freddy Mercury deserves that much.

Although Freddy Mercury was bisexual, he had been married before and considered his ex-wife to be his best friend. Many of the love songs that Freddy wrote were actually dedicated to her. He kept a close relationship with his ex-wife until the day he died, as a matter of fact she took care of him a lot of the time during his last days. He also left his beautiful London home to her much to the dissappointment of Freddie's family. Freddy also left much of his fortune to his ex-wife which took 8 years of legal issues to finally get the money. But she still lives in the enormous home that he left to her because he wanted it that way.

I have several Queen songs that are my favorite, and of course I cannot list them all here, but I have included my all time favorite Queen songs via the video’s and I hope you enjoy the performances as much as I did, and still do. Cheers.

Who do you think would make a better Freddy Mercury? 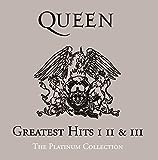