I am a huge fan Lady Gaga and once I found out that she would be coming to New York City's Madison Square Garden on July 6th, 2010, I went to ticketmaster.com to buy myself a ticket. I really wanted to see her in concert so it didn't matter how much the ticket would cost. I was willing to lash out big bucks just to see her in concert. Getting tickets was not easy as each time I tried to get a ticket I kept getting a message tickets not found. Finally, after many attempts and much aggravation, I managed to get myself a ticket for $179, which along with convenience charges and other fees came to a whooping $200. Very pricey but it didn't matter to me. I was going to see Lady Gaga in concert and that's all that mattered.

The concert started at 8pm and ended past 11pm. The opening act was a band called Semi Precious Weapons, and for a little over a half an hour I had to sit in my seat praying for them to finally leave the stage. Yes, I could not wait for Lady Gaga to start performing, but the main reason I wanted them to leave was because they were too loud and they sounded horrible; not to mention that the lead singer kept cursing and cursing. And what was he thinking when he picked out his outfit? He wore gray leggings, a sleeveless gray ripped t-shirt, and silver high heeled boots. I will admit that in the beginning I couldn't even tell if the lead singer was a male or a female. And I think I was debating that through their entire act. I also closed my ears, time and again, hoping to drown out their music, but that didn't seem to help. They were just too loud.

As I was sitting there waiting for Semi Precious Weapons finally to leave the stage, I looked around the venue and noticed that there were many empty seats. I wondered how that was possible. Lady Gaga's shows always sell out, and considering that I had trouble getting tickets, this meant the venue had to be filled to the max. So why were there many empty seats (not counting those behind the stage of course)? It turned out there were empty seats because lots of people showed up late. They showed up right at the time when Lady Gaga was set to come on stage, which was a smart thing to have done. By coming late they missed the torture that Semi Precious Weapons put me through. They probably new the opening act would suck and decided to skip it. I wished I had done that as well. Instead I set there suffering through thirty minutes of musical torture.

I was so relieved when Lady Gaga finally hit the stage. My mood instantly changed and I was feeling excited. I knew something spectacular was about to begin and I wasn't wrong. The set decorations were very cool and hip, and her costumes were out of this world. I don't think any other artist would dare to wear the kind of costumes that Lady Gaga wore that night. And her vocals were phenomenal. What a voice!

On one of the songs that she performed she actually laid down on the piano and started playing it with her boot. It wasn't just noise that she was making; she was playing an actual song and it sounded fantastic. She also surprised us with a new song called You And I that she wrote for her next album. It was a rock-n-roll number and was very entertaining.

The concert actually had a story-line. Lady Gaga and her friends were trying to make their way to the Monster Ball, but had trouble finding it. They had adventures along the way that included taking the subway and going through Central Park at night. While Lady Gaga and her friends were trying to make it to the Monster Ball, Lady Gaga performed songs from her two albums - The Fame and The Fame Monster. The songs that she performed were Poker Face , Telephone, Alejandro, Monster, Speechless, Dance In The Dark, Teeth, Paparazzi, Just Dance, Boys, Boys, Boys, Beautiful Dirty Rich, The Fame, So Happy I Could Die, and You And I (a song from her upcoming album). After performing these songs and finally getting to the Monster Ball she said good-night and the audience thought the show was over. Some of the people started to make their way toward the exit. But what about Bad Romance? I was getting a bit disappointed that she chose to not perform this song, but I had a feeling that the show was not over as the lights were still dimmed. My feeling was right. The familiar Bad Romance melody started playing and Lady Gaga returned back to the stage to perform this song. This was the last song of the night and the right song to end the concert with. It was brilliant and everyone sang along.

Even though there were seats in this venue no one dared to sit down when Lady Gaga was performing. The audience spent the entire time on their feet, cheering, swaying their hands, and grooving to the music.

Forgetting about Semi Precious Weapons, the rest of the concert was incredible and unforgettable. It blew me away. I am so thrilled that I got to go to this concert and I think the $200 I spent on the ticket were worth every penny. I can't wait to see her in concert again.

Lady Gaga's songs are stuck in my head and I can't stop listening to them. Her albums are a must-have and I have both of them in my collection. I will never tire of Lady Gaga because that is just not possible. She is just that good. She is the kind of artist that will never fade away, so we will be seeing her around for years and years. 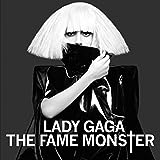 Did you go to any of Lady Gaga's concerts?