Spencer And Heidi The Shocking Truth Behind The Lies

Want to be Famous? 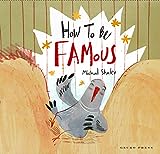 How to Be Famous
Buy Now

Heidi and Spencer Pratt who are causing mayhem in the Big Brother House are fakes! Official! Over the last week we have seen arguments cattiness and just about everything else spewing from their mouths. To the other celebrities they have been nasty, downright rude and are hated by all the housemates.

But there's one thing they all don't realise. Speidi have been boasting about living in a nice house, going to the beach each day and living the high life. What they forgot to mention is that they are completely broke, and living in Spencer's parents beach house in Santa Barbara. Rent free! But that's not all!

They are the most hated celebrity couple in America according to online sources!

The relationships with their family and friends are also completely damaged, due to their attitude. And if that wasn't enough, they are also totally uneployable and unwanted by the TV companies, and in their real daily lives!

The surprising thing about all this is that when they were staring in The Hills, a docusoap by MTV, they were making tons of money. It seems to have gone to their heads, with Heidi Montag having ten plastic surgeries done in a single day! Yes that's right, ten!

Evidently Spencer played a bad guy in the reality series, and after it had finished he tried to claim that he was only acting and he's not really that bad.

That was pretty good acting Spencer! So why are you so nasty in Big Brother then? Still acting? Guess not.

Speidi first came to fame in 2006 when they stared in The Hills, a follow up to the successful reality show Laguna Beach. Heidi played the roommate of Lauren Conrad, and Spencer played the vindictive, nasty boyfriend.

They had met previously off camera. Unlike the other cast members, Speidi really milked the fame and limelight.

The intrigue, arguments and breakups spilled over into real life, but this is denied by both Heidi and Spencer who say they were just acting.

The American public took a dislike to them, which turned to hate by the end of the show. To be fair, they really do act as though they are in love. Whether it's for the camera's or not, is anybody's guess. But I do believe its genuine.

These guys could be really famous again if they wanted to be. They just need to learn to be nice. Think before they open their mouth and realise that the sun doesn't shine out of their, well, you know.

They have said time and again that they are better than everybody else. Give it a break will ya?

When The Hills was in its final season, Heidi and Spencer were beginning to go a little crazy. It was reported that Spencer became obsessed with guns and crystals! And Heidi's plastic surgery was getting out of hand, but she refused to stop. All the gossip mags were having a field day. Heidi and Spencer were living in squalor, having public arguments with their family, and even more bizarre, accusing The Hills producers of attacking them!

Along with faking a divorce, and Spencer threatening to realise sex tapes, it seems that the celebrity couple where in total meltdown.

Since then the so called Celebrity Couple have hit the skids. Nobody wants to interview them, they never get invited to be on shows and even Spencer's agent won't answer his calls, according to online sources!

So, in a nutshell, they are unemployable. Heidi's plastic surgery has marred her face and body, she says she will never have any more surgery done. They wasted their money, all of it in fact, on cars, clothes and other useless expenses.

And there was Heidi's singing career. Or should I say lack of it. That took up the last little bit of cash they had.

So was being a Celebrity worth it?

So America's loss is our gain! Or not. Heidi and Spencer are currently in Big Brother. And boy do we know it! I have never heard so much bitching, whining, back stabbing and downright nastiness coming out of one persons mouth, let alone two. The sad thing is that now they have driven America nuts, they are trying to do the same thing to us! Don't they ever learn?

Perhaps if they had left their horrible ways behind them, and tried to be friendly and polite over here they may, just may, have won Celebrity Big Brother. But no, a leopard never changes its spots. I mean, come on guys, asking for a lawyer just because Big Brother told them to do something?!

Fight night in the Big Brother house was started by the other celebs getting their own back. Little did they know that Speidi were listening in with headphones in another room! It all kicked off when they got back to the house! Great TV, but it showed a side to them that we really did not like.

So bring it on. The other Big Brother housemates versus Heidi and Spencer. Who will win? Speidi with their nasty attitude? Or will we use our common sense and vote for one of the other real celebrities. You Decide.