Movies from the Emerald Isle

In March our thoughts turn to many things. The most important, is Ireland!

Religion, Freedom, Boxing and pubs, are a large part of the Irish Culture.Whether in America or the Emerald Island, St. Patrick's Day is when people from all backgrounds come together wearing one color and celebrating one faith.

Just in time for the big day, here is my list of the best Irish Movies ever!

A dollar and a daring plan.

Here are the ten best according to me, and me alone.

10. Crossing The Line or The Big Man- A forgotten movie starring a young Liam Neeson, this was a bloody story of a fighter. The bare knuckle fight scenes in this were brutal and realistic. This movie was underrated and never caught fire. It is definitely worth watching if you like guy films!

9. The Commitments- This was a comedy about a bunch of young lads and lasses, who wanted to start a soul/motown band. Their rise to fame was filled with all sorts of fun and mayhem.

8. Far and Away- Back when Tom Cruise and Nicole Kidman were still an item, they co-starred in this blockbuster. It was a fun romance from the 90's.

7. Waking Ned Devine- This was an off beat comedy that was a lot of fun! It did quite well in the U.S. for a while.

6. The Crying Game- Based on the popular book, this one was about an IRA operative and his hostage (played by Forrest Whitaker). This was quite controversial and became popular as well.

A pub scene in Ireland? 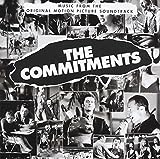 And now for the final 5 in March.

5. Once- This was a somewhat unique love story, set on the Emerald Isle. It was a musical about an immigrant and musician who meet in Dublin.

4. My Left Foot- This was an emotional tale of an Irish man trying to over come a disability and become an accomplished artist. Did he make it? You will have to watch to see.

3. The Feild- Starring Anthony Harris, this was an intriguing story about an old Irish man and his land. I found it to be quite moving.

2. Michael Collins- Liam Neeson appears again in this true story about a freedom fighter and Irish leader. It co-stared Alan Rickman and was enjoyable and intense.

1.Silent Man- Who can forget the story of an ex-boxer who accidentally killed his last opponent? John Wayne, Maureen O'Hara and the supporting cast were outstanding together. This will be shown on several cable stations this March, so try not to miss it.

Please leave me a comment and let me know what your favorites are.

More to read and hopefully, love!

The Big Man aka Crossing the line.