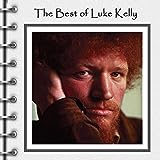 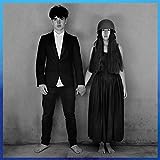 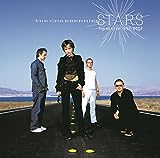 Ever hear a great Irish song, and wonder who sang it? Hopefully this will help you find it and many other great Irish tunes.

I know that this will be controversial, but it is just my list. I am not the final authority on anything!

Gaelic Storm almost made it!

Off we go to Tipperary-

There are so many great musicians and bands that come from the Emerald Isle. Here are the 10 that I think are the best.

10. Them- After their big hit "Gloria" they received wide acclaim in America. You know the one, G-L-O-R-I-A-!

9. Ash- They have such hits as Arcadia,Oh Yeah, There is hope again. There are now on a world tour and are making some stops to warm up for the Smashing Pumpkins, and Weezer.

8. The Undertones- Teenage Kicks is one of their faster and more popular songs. They are faster and lean a little more punk than most on this list. I love their energy and chemistry. They are on a big Europian tour as I write.

7.The Drop Kick Murphys- A very lively band from the Emerald Isle! Check out going of Style, The State of Massechusetts, and The Spicy McHaggis Jig. The bagpipes are awesome!

6. The Clancy Brothers- They were close to being as good live as the Dubliners. But close to Luke Kelly and his group was very hard to achieve! The Clancey Brothers harmonized like few others could.

5. The Corrs- A family of musicians lead by sister, Andrea Corr, they have thier own style and are popular everywhere in the world.

4. The Cranberries- With hits like Linger and Zombie, how could this group be left off? Delores has a beautiful voice and the band gelled perfectly. On her own, she isn't quite as good.

3. U2- Without The Edge, they never would have made it this high. Not only is he a great guitarist, he is very creative and was cutting edge(no pun intended) in the 80's and 90's. He inspired many new bands in America and abroad.

2. The Pouges- A favorite around the world, The Pouges could use a new image, but they know how to rock the Irish Classics.

1. The Dubliners ( with Luke Kelly)- Luke and company were awesome both in the studio and live! I have never heard anything from them that they didn't bring life to!