The Best Sci-Fi Movies to Watch on a Rainy Day

If you're in bed or just stuck at home and want a great science fiction movie to keep you thinking, look for further. I have made a list below of my favorite rainy day sci-fi movies. I have also put the trailers below so you don't have to run around the internet trying to find out if you even want to watch it.

There are many elements to a great sci-fi movie. You need some great acting, a clever plot that scientifically makes sense, and a twist ending. The following list is short, but I'm sure you will find a great movie you haven't seen or would like to see again.

I have included a rating system that indicates the movie rating, my age limit suggestions, and quality of script, editing, acting and story. I hope you enjoy watching and reading about some of my favorite sci-fi movies. These films are guaranteed to make you think about our world in a different way.

If you have any favorites you would like to add, leave them in the comments section.

Solaris is about a man (played by the handsome George Clooney) whose wife dies unexpectedly. He is then asked to board the Solaris space station, where one of his friends supposedly went mad. The film is great because of its scientific nature and supernatural themes.

If you watched the television show, Lost, then you may remember a character named Daniel Faraday (played by Jeremy Davies). The same actor plays a quirky lab rat in space alongside Clooney and he really brings a lot to this film.

I'm sure you will enjoy the overall tone of this film and the bridge between supernatural and science fiction. Let me know what you think about one of my favorite movies.

When moon came out, I was so intrigued by the trailer. A man is sent to the moon for three years to complete a project that will harvest Helium-3, a vital energy source in the future. He cannot have any live communications with his family and is only allowed to watch taped messages from the past. While he is there, he is alone and only comforted by the monotone voice of a computer that is the space station. The movie jumps in right before he is going to go home and be reunited with his wife and daughter.

This movie is great because of the never-ending plot twists and overall suspenseful tone. I think this movie is one of the best sci-fi movies because it is such a simple concept that takes you on a crazy ride. I know you will enjoy this film as much as I did. Leave a comment below to tell me what you thought of it.

Deep Blue Sea is one of those movies you can watch time and time again. In the film, scientists are living in a lab built on top of the ocean (and partially underneath). They are doing experiments on sharks to see if they can find a cure to Alzheimer's. I would tell you more, but I wouldn't want to spoil you.

This movie is so great because of the scientific accuracy. They explain why they are running tests and how they do it, unlike a lot of other films and tv shows that assume we wouldn't understand or do not even try to explain their scientific anomalies. This film may have some bad actors, but the overall movie is very entertaining. If you like marine life, sci-fi and action, you will like this movie.

Click on the trailer to see if its your kind of movie.

I Am Legend Trailer

Buy I Am Legend

I Am Legend
Buy Now

If you missed this Will Smith hit, you should definitely give it a try. It's about a man that is alone in the world after a devastating war. He and his dog live alone in New York City and attempt to survive despite the zombies that walk at night. It is a slow-paced, suspenseful film filled with emotion and mystery.

I enjoyed this movie not for the CGI (which I could've lived without), but rather for the emotional and intimate narrative. This movie makes you feel like you are lying alone in the bathtub with Smith and his dog, waiting for the zombies to go away.

I hope you like this film as much as I did. It's definitely one for the whole family to enjoy.

(Warning: Keep the tissues close; you may need them.)

This film is a strange and intimate film with numerous character views and interesting storyline. It's about a puppeteer (John Cusack) who gets a new job to help support his wife (Cameron Diaz) and her many many pets. He goes up to the 7 1/2 floor of his work building, where everyone is forced to hunch over due to the low ceilings. He drops a file behind a cabinet and finds a mysterious door that leads to none other than John Malkovich's mind.

This film is on this list because of the supernatural themes. It answers the question, "How would it feel to be someone else?" and really makes the viewer ponder whether being John Malkovich is all its cracked up to be.

I'm sure you will love this movie because of the crazy storyline and the amazing actors who allow this film to be successful. I hope you enjoy this film as much as I do. 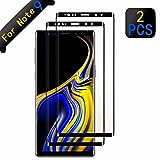 I had to make my classic sci-fi film Jurassic Park because of its timeless excellence. I have probably seen this film over twenty times now and it never gets old. I love watching the helicopter ride, which goes through my island's Waipi'o Valley.

If you've been living under a rock or haven't seen this film before, it's about an island where scientists have cloned dinosaur DNA they have obtained through fossils and used them to create dinosaurs.

I'm sure you will love this film for the action, adventure and that special feeling that it brings to people that wish they could travel back to a time when dinosaurs existed. This is a great family film that you can watch on every rainy day and never get sick of it.