There were 10 light saber "fights" in Star Wars. How would you rank them?

The good guys are standing up to the bad guys.

I have a bad feeling about this.

In the first six Star Wars movies, there were 10 battles were both sides were using light sabers. There were many times that the Jedi fought with their sabers, but only ten of those battles were against a Sith Lord.

One of the battles that was important, never really took place. On the planet Dagobah, Luke was training with Yoda and something strange happened. Luke had a fantasy battle with Darth Vader before he knew that the Sith Lord was his father. It was important because there was a key element that Yoda was trying to teach him. When Luke beheaded the fantasy opponent, it was Luke's head inside the helmet.Though Luke did not know it at the time, Yoda was revealing his concern that Luke may turn to the Dark Side, like his father did.

Then of course, Vader and Luke fought for real twice after this trip to Dagobah.

There were also some great kills and battles against some non Sith enemies. Luke wiped out Jaba's thugs and monsters (with some help). Also many droids and storm troopers met their end thanks to a light saber. Star Wars was an amazing fantasy that brought the will to achieve freedom and greatness to life in a way that no other movie franchise could. Without further ado, here are the 10 showdowns from worst to best. Enjoy!

A duel of two wills. 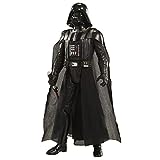 May the Force be with you!

10. Qui Gon Jinn vs. Darth Maul on Tatooine- This was a fast battle where Darth Maul appeared out of nowhere in the sand dunes and leaped off of his scooter. Qui Gon fended him off and then jumped about the Queen's shuttle. The was the first time that a Jedi and a Sith met. As I said, it is number 10 because it was short lived and Qui Gon ran as soon as he could. Who could blame him?

9. Obi Wan vs Darth Vader part 2- This was when Vader took Obi Wan down. The old Jedi master knew that Luke was watching so he gave his life and threw his powers into his student by transferring himself into the Force.

8. Yoda and Obi Wan and Anikin Skywalker vs Count Dooku (a.k.a. Darth Tyranus) I thought that The Attack of the Clones was the worst out of all 6 movies, by far! This battle between the titans didn't save it. It was cool to finally see Yoda and Anakin finally in action but it otherwise, it fell flat.

7. Mace Windu vs Darth Sidious- Mace fought hard and with determination. He was just about to seal the deal and take the head of the evil Emperor Palpatine, when there was a tremor in The Force. It came from the Dark Side.

6. Anakin vs. Count Dooku- This was the showdown where Anakin came into his own. Obi Wan was knocked out, and the new apprentice took down the older one. Anakin first took Darth Tyranus' hands, then his saber, and then his head. Though he was still good, Anakin did the Emperor's bidding and finished him off. Luke refused to do the same years later and that is why Anakin could be turned and Luke could not.

5. Obi Wan vs Darth Maul - This was an intense stale mate until Darth Maul took control. Obi Wan was disarmed and about to be killed. Then, using The Force and his slain master's saber, he turned the tide for good! Thank God! Someone had to train those damn Skywalkers.

4. Yoda vs Darth Sidious (a.k.a. Emperor Palpatine) This was intense and awesome! The classic yin vs. yang. The ultimate good facing the ultimate evil. I saw this as a draw where they both went at each other and knocked the other out. I only wish that it was longer.

3. Obi Wan vs. Darth Vader pt. 1- Vader had just turned to the Dark Side and Obi Wan was instructed to take him down. Well, he didn't kill the most popular dark lord. But he certainly did ruin his day!

Here are the final two. The same two go at it. Father and son fight to settle a score and to secure the galaxy's fate. Are you surprised at the choices? Tell me below.

2. Luke vs Vader part 1- Luke wasn't ready to face either his fiercest opponent or the truth about his family. He stayed with Vader and surprised the dark one with his skills. In the end, Vader maimed Luke and tried to start his path to the Dark Side. It worked to a point. Luke wore white in episode 4, gray in episode 5, and black in episode 6. That was symbolic of his growing anger and hatred.

1* Luke vs Vader part 2- Like wins the battle with his light saber and his anger, but then the love he had for his father and sister, won the war. He took Vader down, and then turned him back from the Dark Side of The Force. Then, Vader stood tall and fulfilled his destiny. This is one of my favorite films ever and this was a great victory for justice and freedom!