Sixteenth-century, Siena, Italy, boasted a first-rate musical establishment in both its Palace wind band and its cathedral musical establishment, attracting musicians from all over Europe. Both ensembles employed a colorful trombonist named Tiberio di Girolamo Rivolti. Although Tiberio got off to a rocky start as a young trombonist, incurring the frequent displeasure of city officials, he eventually went on to become a prominent musician–in the words of historian Frank D’Accone, “one of the most talented musicians to come out of sixteenth-century Siena” (D’Accone 795). Below are some of the highlights of this mischievous trombonist as he works through his colorful early years to become a prominent musical figure.

The Mischief of Youth

In 1564, Tiberio Rivolti, serving as a temporary trombonist in Siena’s Palace wind band, has his meal privileges revoked, apparently for some misdeed. The following day, the order is reversed, and Tiberio is described as “a musician of tender age and of much musical promise” (D’Accone 581, 795).

In 1567, Tiberio Rivolti apparently angers officials, who suspend him from service as a trombonist in the Palace wind band (D’Accone 581).

In 1568, young Tiberio, now a permanent member of the palace wind band, is jailed for having written “certain scandalous words” on the wall of the employees’ dining room and lied to fellow trombonist Giovanbattista di Bennardino (D’Accone 582).

In 1570, Tiberio is again imprisoned, this time for making “certain disparaging remarks” about several gentlemen. He spends a week in prison, without salary (D’Accone 582).

Eventually Tiberio apparently learns his lesson, managing to avoid sanctions, while adding to his Palace position a prestigious trombone post at the Siena Cathedral. He later takes a leave from Siena to serve at the court of Habsburg Emperor Rudolph, ultimately returning to previous posts in Siena (D’Accone 595).

Finally, Tiberio also serves, apparently with distinction, as the maestro di canto at Siena’s venerable Santa Maria della Scala, where he directs the music and schools the orphans in rudiments of singing and counterpoint. He is credited with being an excellent teacher and making significant musical improvements during his tenure there (D’Accone 597; Reardon 123-126).

Not bad for a headstrong trombonist who couldn’t seem to keep himself out of trouble early in his career! For another Renaissance trombonist with a colorful life, see The Strange Case of a 15th Century Trombonist-Composer-Murderer.

D’Accone, Frank A. The Civic Muse: Music and Musicians in Siena during the Middle Ages and the Renaissance. Chicago: University of Chicago Press, 1997. 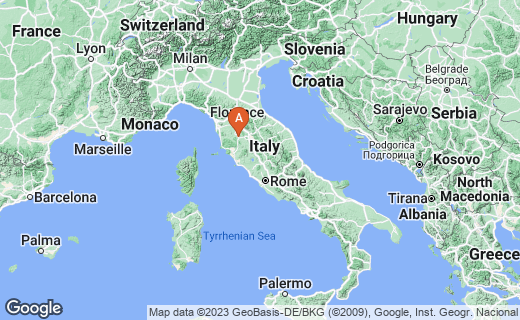 For more context and information about the history of the trombone, see the Trombone History Timeline: