G. F. Handel’s Water Music of 1715, written for the royal procession of barges on the River Thames in England, is the most famous example of music in a water procession. Trombones were left out of that party; however, there are numerous examples of trombone performing in similar water processions throughout history. Below are a few highlights, many of them occurring on the River Thames, and all of them occurring prior to Handel’s famous procession. A note about terminology: The terms shagbushes, sagbuttes, and sackbuts, found in the quotations below, are all words used in England at that time to indicate trombones; in Italy the term was simply trombone (singular) or tromboni (plural). (See Trombone Names Throughout History for more information on nomenclature.)

1533—England: At Anne Boleyn’s coronation celebration, an elaborate water procession on the River Thames includes the Mayor’s barge. According to records of the time, the barge carries “Shalmes, Shagbushes & divers other instruments, whiche continually made goodly armony” (Stevens 240; Whitwell 24).

1536—England: According to records, at a water procession on the Thames, “the Kinge passed throwe London Bridge, with his trumpets blowinge before him, and shalmes and sagbuttes, and dromslawed [drummers] playing also in barges going before him” (Herbert 96).

1582—Ferrara, Italy: A chronicler describes an occasion in which the Duke and Duchess of Ferrara travel with approximately 100 of their entourage on a ceremonial barge to meet the Prince and Princess of Mantua, who are likewise traveling on a barge in the Po River: “Upon encountering the visitors, one fired an artillery salute from accompanying boats. Then the trumpets of the Duke on the bucintoro played a fanfare. When this was finished, there was music with trombones and cornetts until one arrived [at Ferrara].” According to historian Andrew Newcomb, “The implication is that, as the visitors’ boat drew closer, one progressed from less to more subtle noise—first an artillery salute, then a trumpet fanfare, then music, presumably polyphony, for cornetts and trombones” (Newcomb).

1677—England: Trombones participate in a procession on the River Thames for Lord Mayor’s Day, performing in consort with hautboys on a barge for the Goldsmiths’ Company. Court records show an agreement “for John Greenslade a Musitioner…with five others to attend this Company on the next Lord Maiors day with Hoboyes & Sackbutts” (Wood).

1678—England: Records show trombones participating in another water procession on the River Thames similar to the one in 1677 (see above) (Wood).

1679—England: Records show trombones participating in another water procession on the River Thames similar to those in 1677 and 1678 (see above) (Wood).

1681—Genoa, Italy: Alessandro Stradella composes Inventione per un barcheggio for the wedding celebrations of Signori Carlo Spinola and Paula Brignole, members of two noble families. In the work, trombone is specified as part of the continuo. Precise instructions include the following: “All the basses with one trombone, but the trombone must play very staccato and with little breath.” The performance, as described by a chronicler of the time, takes place on the water: “Towards the evening on Thursday the ladies and gentlemen of this city had a sumptuous diversion on the bay, having been taken round the harbour by four galleys, besides a very great number of smaller boats, and then conducted aboard an apparatus [made] of barges, [which] formed a hall covered by light-weight silk and richly adorned. Here they were entertained with an interweaving of harmonious voices, poetry and instrumental music accompanied by the most exquisite food and refreshments of all sorts…” (Gianturco). 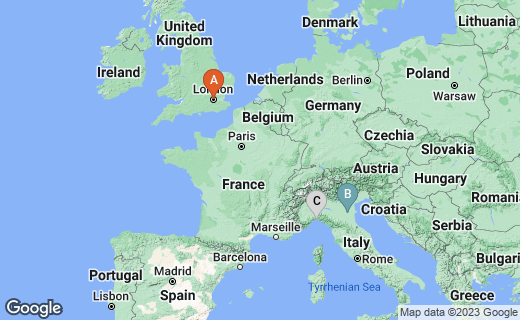