What Ever Happened To CB Citizen's Band Galaxy DX- Old and New Base Radio Stations?

I happened to have enough wares to begin my Broadcasting and Receiving of this great pastime radio hobby, and I quickly learned the etiquette associated among CB users.

My CB "Handle " (code/radio name) was, "Blue Thunder." I enjoyed talking with locals at night and I made a few radio friends.

My uncle was into CB Radio for some time before I stumbled upon it, and he offered to let me use his Antron "Big Stick " antenna, which was over 17 feet long off the ground, and I soon set up my "Base Station " in the garage.

Although my parents were wary of me talking to unknown people (especially adult men) my Father always helped me in setting things up and meeting such friends. I Always laugh when my Dad tells me that his Handle was " Squirrel!"

I talked every night in that garage with people on the CB. When it was real cold, I got my Dad's permission to plug in an Electric Heater. I suppose that I could compare it to the amount of time I spend Online and on the Internet ever day, now.

I joined the "Pony Express CB Club" in town, and of course, my Dad came with me to all of the meetings. I remember going with the Club to a Ham & Bean Supper that was sponsored by the "Battleship Cove CB Club", in Fall River. I really had a great time!

Well, I guess time went by too fast after the Internet and Cell Phone industries took over our communication means. Before I knew it, CB's were out and I was listening to empty airwaves. Many years went by, and until recently, I re-discovered my passion for that Nostalgic form of "Breaker...Breaker ...1-9..." mentality that I once had.

My goal now? Simple: Get people to buy and use CB Radios and re-kindle the CB Revolution!

One of the coolest new Radios that is out there now, is a new CB Radio by COBRA that has Blue-tooth Technology built in and you can use the Radio seamlessly with your Blue tooth Cellphone.

This is the COBRA 29 LTD BT CB Radio . The phone broadcasts through the CB speaker and you key the mike to talk to your caller-just like using a CB! I am getting one as soon as I save enough money *(less than$200 USD )

I have some great stuff that I'm real happy with! Check out the pictures below! 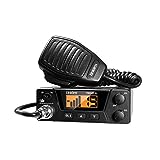