Why Do Girls Throw Themselves At Cheating Celebrities?

Why Do Footballers Cheat??

It seems like everywhere I look at the moment, there is a new story on a footballer who has been exposed for his cheating ways. Whether it be with a girl in a nightclub or a prostitute in a hotel room or even with another footballers girlfriend (John Terry).

But is it so talked about because they are Footballer's? Or is it just because they are in the public eye. If they were ordinary guys who went out and cheated on their partner then we the public would never know anything about it and probably wouldn't care even if we did.

I mean we don't actually know these people in a personal capacity. It has not affected our lives in anyway. So why do people care so much anyway?

I think it is because women relate to other womens stories. If a footballer has a beautiful wife or girlfriend and still cheats on them, some might think what hope do the rest of us have?

The media plays the biggest part (anything for a story). They act all sympathetic to the wronged woman, and al the time they are desperate for her exclusive story. They forget it was them that actually exposed her partners cheating in the first place, and publicly humiliated her.

Back in 2004, we saw the Beckhams usualy perfect life under threat when ex P.A Rebecca Loos sold her story on her apparent affair with David. This led to other woman soon crawling out of the woodwork with tales of their affairs with the Beckham pin-up.

In 2006 Frank Lampard was allegedly caught cheating on his fiancé Elen Rives with pretty Spanish chauffeur Monste Lucasin Barcelona. And in 2007 he was snapped leaving  a hotel room with a mystery brunette in Las Vegas.

In January this year England Captain John Terry cheated on his wife Toni with the girlfriend of best mate and ex teammate Wayne Bridges. John then tried to cover it up by getting a gagging order preventing details of the fling being exposed.

In February 2010, serial cheater Ashley Cole cheats once again on his beautiful wife Cheryl after already being exposed as a love cheat numerous times. The final straw for Cheryl came when newspapers ran a story on Ashley sleeping with a secretary after sending her a string of lurid text messages.They are now divorced.

In August this year Peter Crouch was the latest footballer to be exposed for his cheating when he cheated on fiancé Abbey Clancey with a teenage prostitute, while on a stag weekend in Madrid. Teenager Monica Mint told newspaper how Peter paid her £829 for an hour of sex.

The latest Footballer scandal that emerged this week was Wayne Rooney who had already cheated on Coleen back in 2004 with a prostitute. Now it has been revealed that he cheated while wife Coleen was pregnant.

Wayne repeatedly slept with a prostitute called Jennifer Thompson, at a Manchester Hotel. He had a series of meetings with the £1,000 a night call girl, and even took her on a string of dates in Manchester City.

So just why do these footballer's cheat when they know they are going to be found out?

Fame, Money, the fact that girls are throwing themselves at them??? Or simply because they have the opportunity and think they can get away with it because of their status, and the size of their bank balance.

To be honest if it was not for their status, half these women would not even give them a second glance anyway. The only studs in this little lot are the ones on their very expensive football boots. Well except for Mr Beckham of course ;-) 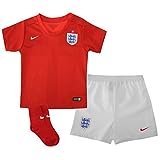