These Are A Few of Oprah's Favorite Things

Oprah's annual My Favorite Things shows were hugely popular. Starting in 2002 and continuing yearly through to 2010 (with the exception of 2009) Oprah presented a selection of top quality products that she had handpicked. They were all items that were noteworthy for one reason or another and that would make great gift ideas, which was in keeping with the show usually being aired just before the holiday season. The show was EXTREMELY exciting because not only did Oprah recommend the product by giving it her approval but EVERY AUDIENCE MEMBER went home with every product she reviewed.

According to Oprah.com, her favorite things were "guaranteed to curl your candy canes" and they did. They were well researched and thought out recommendations that you would be happy to own or to give as gifts.

Of the inexpensive items, this might just be one of my favorite things. Watch as Oprah talks with John Travolta, Julia Roberts, Barbara Walter, Bill Cosby, The Judds, Madonna and more.

Oprah's Favorite Things of 2006 had a different format. Each audience member was given a credit card with a $1,000 value and a camcorder.

Then they were told to use the money to help someone else and, of course, to videotape their act of kindness. 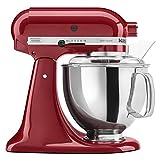 Oprah's choices for 2007 included a cookbook called Cakes, Cupcakes & Cheesecakes from the Williams-Sonoma Kitchen Library, the KitchenAid 5-Qt. Artisan Series Stand Mixer with Pouring Shield and the Samsung SC-HMX10 8GB Flash Memory High Definition Camcorder. I'd like the mixer though I would choose it in blue or yellow instead of the bright and bold red.

How To Have The Thriftiest Holiday Ever

There was a summer episode of Oprah's Favorite Things in 2008 in addition to the regular show, which aired in November.

The November show was a little less ordinary. Oprah decided she could not give lavish gifts when there was so much economic strife in the United States so this episode was callled "HOW TO HAVE THE THRIFTIEST HOLIDAY EVER!"

Oprah shared some favorite things but these things cost nothing or almost nothing and encouraged people to be handy. Since the gifts were personal ideas, they were not distributed to all of the members of the audience.

Some of the gift ideas included a box filled with words of thanks from different people, Oprah's Holiday Hits a compilation available for free at Oprah's website, boxes filled with memory items, cones filled with hot chocolate, regifting, baskets of fruits and vegetables that you have grown, time together, and a book called The Story of Edgar Sawtelle.

More ideas were included in The O List in the December edition of Oprah's magazine, all of the ideas cost less than $100.

Oprah's favorite gadget in 2008 was the now beloved Kindle. It's had a few new versions since Oprah chose hers and I've chosen to feature a more recent one here since you would not want to purchase the 2008 version.

Interestingly, my friend Susan bought her original Kindle with a coupon code from the Oprah show back in November 2008. Wonder how many thousands of Oprah's other fans bought one, then too? (Did you? Tell us so in our guestbook below!)

There Was NO Oprah's Favorite Things Show in 2009

In November of 2009 it was announced that there would not be an Oprah's Favorite Things show. No reason was given although some attributed it to the ongoing recession in the United States. In the end, Oprah hosted a sweepstakes in December and gave away prizes from the previous favorite things shows to one winner.

Oprah's Ultimate Favorite Things was the biggest Favorite Things show ever. It was presented on November 19th AND November 22. Some of the products shared in these two episodes were ones that had been given away previously.

One of the prices was this panini press. I'm not really surprised that this item was one of the giveaways since sandwiches made on a sandwich press were and continue to be so popular.

What Do You Think of Oprah's Favorite Things? - Were you excited about Oprah Winfrey's favorite things list every year?

More pages about people and things you might have seen on The Oprah Winfrey Show.