Defining Movement Within The World Of Boys and Their Toys

Although the basic application of movement is the act or an instance of moving: a change in place or position, movement defined for the purposes of this article most closely relates to, "the suggestion or illusion of motion in a painting, sculpture, or design. The progression of events in the development of a literary plot." (Free Dictionary.com).

Movement has an artistic flow and beauty to it when it is applied to certain objects in motion, such as cars. Speaking scientifically, movement is the process of relocation of objects in space over time, or literal movement. and it operates in the fourth dimension. (C. Jirousek, Cornell University, 1995). If you doubt the reasoning in this statement, ask any man to describe a Ferrari, it's all about the beauty of the car's speed through time in relation to distance.

Movement Relative To Boys and Toys

In my observations of boys at play, children as young as twelve to eighteen months will put movement to any toy you give them. If the toy has wheels, then they explore the movement capabilities regarding power and speed. Some boys, my grandson in particular, become fascinated with the wheels and will spend quite a bit of time rolling the vehicle back and forth while observing the tire rotation.

When my grandson was a toddler, we had a big plastic green mountain that he used to roll his matchbox cars down through narrow roads and through tunnels. The faster the cars went, the better. As a preschooler, he extended the mountain by adding cardboard tubes, small wooden planks and blocks to propel the cars through space, recording how fast and far each went through the track.

Toddlers demonstrate a toy preference based upon prenatal testosterone. Moving vehicles or parts, such as balls, cars, and trucks stimulate and satisfy a boy's hormonal, physical composure. It is an innate bias within boy's that steer them towards gender-stereotyped toys (source: K. Frey, University of Washington and D. Ruble, New York University, 1992). As boys mature, building activities such as using blocks to form road tracks or patterns for toy cars, satisfies their internal need to explore physical and spatial skills. There is something about the brain stem development that is strengthened through the sensory-motor connection in regards to movement through space.

Boys are made with more muscle mass than girls and this may be another reason why boys tend to play a little more aggressively than girls with their toys. As they roll, race and propel cars through tunnels and racetracks the motion stimulates the kinesthetic system which is responsible in part for balance, perception of movement and orientation through space. This type of play in boys develops and prepares the brain for cognitive, social and emotional learning experiences.

Parents should take note that although boys are prone to this type of activity, girls also need a similarly based physically active experience and allowing them to play along with a brother is a great way to help both children build social, language, and cognitive skills.

Do you believe boys have an innate bias towards playing with toy trucks and cars?

Creating A Platform For Movement

With the definition of movement in mind and how boys use it to develop both mentally and physically, parents can create play environments at home to stimulate active learning.

Create a space in your home for active play. Provide blocks, assorted vehicles, play figures and materials such as hats for pretend play. A small play garage, racetrack or wooden railroad tracks are also great adds to this area. Make sure they are age appropriate and safe for your child. Cardboard tubing, large plastic plumbing pipes, boxes, and styrofoam packaging all add to the movement experience.

Take time to play with your child. This is a great opportunity for you to engage in conversation while increasing you child's knowledge of language and vocabulary.As you play, use variations of descriptive action words such as fast, rapid, speed, power, and estimate. Adding fun to the experience with sounds like "whoosh" will also keep your child engaged in learning.

Don't forget to set up a play area outdoors also. A sandbox is a natural setting for dump trucks and other construction vehicles, but can also be used as an active play area by adding wooden blocks, makeshift slides and other active play items.

Encourage cooperative play. As mentioned earlier, if your child has siblings, girls included, encourage them to play together as it will help them to learn social skills, especially to differentiate between cooperative play and competition. Boys tend to want to compete with others, which is fine under some circumstances, but learning how to play with another child (cooperative play) and not against them is also beneficial.

Boy's Toys: They Never Out Grow Them! 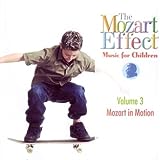