Should You Spy on Your Kids?

Being a Parent Has Never Been Harder

There’s no question that being a parent is hard work. As a parent, you’re responsible for not only keeping your child safe from both known and unknown menaces lurking out there, but also from the things they bring onto themselves. In a time where children are easily able to access the outside world without so much as walking out your door--but with just a keystroke on the computer or a button push on their cell phones--it makes being a parent all the more difficult. Add to that the fact that a child’s ability to reason isn’t fully developed until they’re in their 20’s, and it’s enough to turn a parent’s hair gray.

The Harm in What They Want

The dangers of that computer have become well-known and publicized. Most parents know to watch out for sexual predators on the internet, or to safe-guard against pornography. But how many realize that their children also have the potential to become both victims and perpetrators for bullying? How many really think that there may be ill consequences that can come from that Facebook account, or Myspace page? Though with the anonymity that the internet affords, the dangers should be obvious.

And what about that cell phone? When you give your child a cell phone, you are giving them a responsibility that really, they may not be able to fully grasp. It’s not just about being able to talk on the phone at their convenience. It’s not just about being able to send out a text to whomever they feel like reaching out to just then. With the capabilities of today’s phones, your child gets access to the internet (with all those implications), the ability to send and receive texts; and to take, send and receive pictures. It may all sound harmless enough, until you realize that this creates even more ways for them to become victims, bullies or even targets for predators.

To Spy or Not to Spy?

Technology has rushed to catch up with your children by creating programs which allow you to spy on what they’re doing on the internet, read their texts, or track their whereabouts. You can know what your child is up to without them having an inkling of you looking over their shoulder—that is, unless they do something wrong and you have to confront them with it.

If you spy on your child with these technologies and leave them unaware about it, are you betraying their trust and going too far infringing on their privacy? Or are you enforcing your right as a parent and doing your job by keeping tabs on your child to ensure their safety? Perhaps it’s a little of both.

Is the only way to fight back and keep up with your children to spy on them? Though it certainly seems like the easiest way, used alone it's definitely not the best way. One tried and true method of keeping up with your child takes a lot more time and energy, but it helps to safeguard them even more.

Keep open communication with them from the very beginning. That doesn’t mean that you should necessarily trust your child to tell you everything, but that you let them know what your expectations are and what you’re going to do to help them meet those expectations. Set up the ground rules and let them know that you plan to stay involved before you give them the privilege of accessing that cell phone or computer. 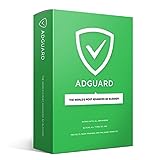 Use Those Tools in the Right Way

All these spy tools available out there should only be used in conjunction with involved parenting and rules put in place from the very beginning. Know what your child is up to, yes, but don’t create mistrust by not letting them know that you are watching out for them.

Children aren’t always able to see the dangers out there. In fact, most of them claim to know how to handle themselves. A parent knows better because they’ve been there before (and, of course, were know-it-all's at one time too). Share your experiences and knowledge with your child. Let them know what’s out there, what could happen and how you’re planning to help them avoid those pitfalls. It will not only keep your child safer, but could also strengthen your relationship with them and create a trust that will make them feel comfortable coming to you when there is a problem.

Of course, if your child has abused that trust already, then they shouldn’t be given the opportunity to do it again. But even then you should be open in telling them that you are going to be watching out for them to prevent them from making the same mistakes. Help make them successful in earning your trust back.

Do You Use Software to Spy on Your Kids?

What Do You Think about Spying on Your Kids?