Beans, Legume, Pulses: Everything You Wanted to Know Part 2

Beans, Legumes, Pulses, Everything You Wanted to Know Part 2

Welcome to the second instalment of Beans, Legumes, Pulses:  Everything You Wanted to Know.  In the first instalment,  I explained what legumes were, why we should eat them, where to purchase them and what to look for when purchasing them.  In Part 2 of this series, I will provide information which will help you become familiar with the many varieties and types of legumes.  In the third instalment of this series, I will explain how to prepare the legumes for recipes and storage.  Naturally, I have several recipes that use legumes in them, and I will provide the links at the end of this article to these recipes for your cooking and culinary enjoyment.

How do I identify them?

As a general term, legumes refer to beans, lentils and peas.  In the bean category, there are several categories of beans and are labelled based on their color.  The categories include white, red, black, pink, mottled and other beans.  In the lentil category, there are 3 common groups known as green, or brown, red and yellow.  There are two types of split peas – yellow and green.

Preparation and cooking of beans, peas and lentils is very important.  In all beans, peas and lentils, there are two toxins known as phytates and lectin phytohaemagglutinin.  Phytates can interfere with mineral absorption and lectins can be toxic.  These toxins can be reduced easily by following these two steps.  First, soak the legumes in water as soaking reduces the content of the phytate.  Is step is very important with lentils, as lentils contain a high concentration of phytates.  The second step to reduce the concentration of the lectins is to boil the legumes at a minimum of 100 0 C for a minimum of ten minutes.  This process will break down the lectin, leaving it non-toxic when ingested.  It is important to note that red and white kidney beans contain lectin in higher concentrations than other beans, and this step is vital to prevent ingestion of lectin.  Also, there have been reports of the lectin not being broken down when using a slow cooker on low heat as the temperature does not rise to 100 0 C for the necessary time to break it down.  I suggest that the beans be cooked prior to being transferred to the slow cooker.  Cooking and soaking methods are described in Beans, Legumes, Pulses:  Everything You Wanted to Know Part 3.

The Breakdown of Bean Varieties

This small bean is commonly called the pea bean and is white and oval.  This bean is the most common and is used in the dish of baked bean but is versatile enough to be used in bean soup.  There are several varieties of navy beans which include Great Northern, Rainy River, Robust, Michelite and Sanilac.

Similar in looks to the navy bean, the great northern bean is larger with an oval shape and is white in color.  This bean makes a good substitute for cannellini or white beans in any recipe.

Also known as cannellini beans, the white kidney bean is closely related to the red kidney bean but does not have a robust flavour as its red counterpart.

A firm, medium sized bean with a dark red or brown skin with a cream coloured flesh and is kidney shaped.  It has a full bodied flavour which makes it a favourite in dishes like chilli and red beans and rice.

Light green and tender, this small bean is highly revered in France.  The heirloom Chevrier will be sold under a controlled labelled called “Label Rouge”.  Varieties of flageolets include Chevrier, Elsa, Flambeau and Flamingo.

A small, oval and dark bean, its coloring is deeper in redness than the kidney bean.  It can be used as a substitute in any recipe calling for a red bean.

These are small, oval shaped beans and are pale pink in color. They are also known by their Spanish name Habichuelas Rosadas.

In Spanish, the name of this small bean is frijol pinto, which translates to mean “spotted bean” after its mottled skin. It is commonly compared to the markings of a pinto horse. This bean is small and pinkish brown in color with freckles. The pinto bean is the most common bean used in the United States and north western Mexico and can be found whole in broths, mashed or refried. It is a common filling in burritos and the young pods can be harvested and cooked as green pinto beans.

This pinto bean is red in color and originated in the Basque Country of northern Spain. The Alavese pinto bean fair (Feria de la alubia pinta alavesa) is celebrated in the month of October in Pobes. 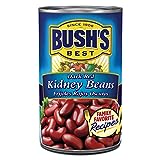 The turtle bean is small, oval and glossy.  It has a dense, meaty texture with a flavour reminiscent of mushrooms, which makes it popular in vegetarian dishes.  It can be found in soups, burritos and other dishes.  It is also an extremely good source of nutritional antioxidants.  Other varieties include black magic, blackhawk, domino, nighthawk and valentine.

Chick peas are also known as garbanzo beans and ceci in Italian.  They are tan in color with a rough skin and are an irregular round shape.  This bean has a nutty flavour and when pureed is used as hummus or when deep fried in balls as falafel.  This bean is also used in stews, casseroles, salads and soups.

A 90-g portion of chick peas provides copper, folate, protein, vitamin A and iron while only contributing 3g of fat (6% which is saturated) and a 4.5 g of dietary fibre.  The chick pea provides plenty of nutrition for only 130 kcal (545 kJ).

Black-eyed peas are cream in color with a prominent black oval spot in the mid-centre.  They are often called black-eyed beans and are used throughout the world in many different types of dishes.  These include soups, side dishes, salads, desserts and fritters.

This bean was named where it was found, in Lima, Peru.  There are two distinct varieties of Lima beans – the baby lima and the Fordhook lima.  Contrary to popular belief, the Fordhook lima is not an adult baby lima; rather, it is a different variety.  Both varieties are pale green, shaped like a kidney and have plump bodies.  It can be purchased fresh, frozen or dried, and if it is the latter, the bean will be white in coloration.  The lima bean is also called the Madagascar bean, butter bean, calico bean and the speckled butter bean.  It can be found in many dishes which range from soups to salads and side dishes to main dishes.  The lima bean contains a substantial amount of protein, phosphorus, potassium and iron.

Also known as the feijoa bean, the adzuki bean is a small, russet-coloured bean with a sweet flavour.  This bean can be ground into flour that is used in bread, pastry, sweets or it can be eaten after sprouting.  You can find this bean used in the red bean paste in Cantonese pastries, desserts and dim-sum.  A 100-g portion is provides protein, iron, zinc, vitamin B1, and niacin along with 5 g of dietary fibre and only contributes 125 kcal (525 kJ).

Lentils are highly nutritious and are extremely rich in carotene and some B vitamins but they contain high amounts of phytates and lectins as described in the beginning of this article.

Lentils are the seeds of the plant and are shaped like flattened lenses. They are one of the first cultivated pulses and are eaten throughout the world. The come in three distinct colors – green, red and yellow. Green lentils are dense with a nutty flavour and can be added to salads, soups, stews and can be used in lentil pies. Red lentils are more delicate and are used to thicken soups and can be used to make dal. Yellow lentils can be substituted for red lentils.

Peas, either yellow or green, are found in the pods of the plant and are the seeds of the plant.  The pods are harvested when ripe and then dried.  When dried, the pod is removed and the drying process emphasises the natural split in the seed.  The seed, or pea, is then mechanically separated to help speed the cooking process.  Split peas are commonly used in soups as well as for pease pudding.  Split peas provide protein, complex carbohydrates and are a good source of dietary fibre.  It is a lean cereal with only 1 g of fat per 350 calorie serving.

Now that we understand what legumes and lentils are, it is time to prepare them. In the next instalment of Beans, Legumes, Pulses: Everything You Wanted to Know Part 3 How to Prepare Dried Beans for Cooking , we will learn how to prepare the beans and peas in order to use them in the following recipes.

Select a recipe from my collection and then begin preparing your legumes for cooking!